Let's give a warm welcome to our co-hosts:   Jemima Pett, Debs Carey, Kim Lajevardi, Sarah Foster, Natalie Aguirre, and T. Powell Coltrin!
This month's question is: Do you have a word of the year? Is there one word that sums up what you need to work on or change in the coming year? For instance, in 2021 my word of the year was Finish. I was determined to finished my first draft by the end of the year. In 2022, my word of the year is Ease. I want to get my process, systems, finances, and routines where life flows with ease and less chaos. What is your word for 2023? Why?
I think this year's word for me is going to be WORD. Why? Because without words where would I be as a writer? In fact, where would any of us be, writers or not?
***
Here's to 2023 with a "nice" quote from the fabulous Austrian poet,
Rainer Maria Rilke.
"An now we welcome the new year. Full of things that have never been."

Because his mother mourned the loss of a baby girl,
she dressed and treated Rilke as a girl through his early life.
***
As I mentioned last month, I'm going in a new/old direction, sharing my love of words which includes their origins, histories and stories. So, without further ado, I introduce you to...
Origins: a recurring post in which I delve into the history of a word or phrase. 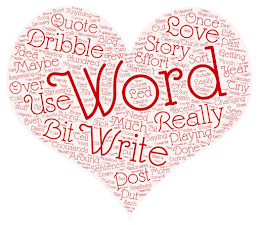 Today's word is: NICE
I've chosen "nice" because it's the word that set me on the journey of loving words.
I'm a bad speller, though not nearly as bad as I was when I was a kid. Spell check has helped me, A LOT, whereas my family was no help at all. Whenever I asked how to spell a word their reply was always, "Look it up in the dictionary!" They were merciless.
Of course my reply was always, "How can I look it up and when I don't know how to spell it?" They remained unmoved. "Sound it out!" Do you know how hard that is? Do you know how long it was before I finely conceded to the fact the distroy is spelled destroy?
I digress...
One day, when I was about 8 or so, I was trying to find the spelling of some word or other and got side tracked when I stumbled upon the word "nice".  I bet every single one of you believes you know the meaning of nice. HA! Nice has a long history of meaning something else completely.
Nice comes to us from Middle English, which was spoken between the 12th and 15th centuries. Back then it meant, "foolish, ignorant, frivolous, senseless." (oh dear!) Before Middle English it came from Old French, nice, spoken between the 9th and 13th centuries, and it meant, "careless clumsy, weak, poor, needy, simple, stupid, silly, foolish." (oh my!) The Old French word comes to us from the Latin nescius, meaning ignorant or not knowing. So, when you called someone nice, you were saying they were ignorant, unschooled, or silly. However, by Shakespeare's time nice was beginning to take on the meanings we give it today.
I suspect (but don't know for sure, it's just my "theory") that nice may have started out as a slang word meaning its opposite, rather like the way we use the word "bad" to mean good. "That's a bad ass car!" Who knows, maybe one day, bad will mean good and people will have forgotten that once bad actually meant "of poor quality," "not to be hoped for or desired," "unpleasant, unwelcomed."
Thus, my little girl mind figured that if I wanted to insult someone very politely, I could say something like, "You're so nice," and the person would never know I was calling them a stupid fool.
And that is the story of how I fell in love with words.
Quotes
"Treat others as you wish to be treated. Don't just be nice, but be kind to other people. That can be so rewarding." Mary Lambert
"It's nice to just embrace the natural beauty within you." Victoria Justice
"I didn't attend the funeral, but I sent a nice letter saying I approved of it." Mark Twain
For those of you read this post, I bet you'll never read or hear the word "nice" and experience it in quite the same way again. You're welcome, have a nice day.
***
LoanWord: a word adopted from a foreign language with little or no modification. 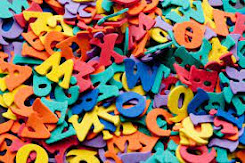 I thought each month I'd add a short list of foreign words that we English speakers commonly use as if they were our own. Here are a few from French: bric-a-brac, detour, prison, dance, prairie, soup and salad. And aren't we glad for soup and salad!
Being Thankful
Today I'm thankful for four more Dribble acceptances from Vine Leaves Press.
And here is the link to my latest article in Destination Magazine!
What are you thankful for? Have a word for the year? Do you have a favorite foreign word that we English speakers commonly use?
(I may be a day or two late getting around to visiting people as I have to work today and tomorrow!)
Posted by Bish Denham at 4:00 AM