N is for Ogden Nash 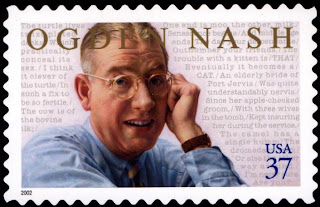 For this, my third year doing the challenge, I am going literary. For every letter of the alphabet I will talk about a book, an author or a character from fiction or myth that made an impression, was inspirational, or caused me to think.

Ogden Nash remains a favorite American poet of light, humorous, and nonsense verse. One of his most famous is:

Candy
Is dandy
But liquor
Is quicker.

You can find a nice assortment of his poems here. 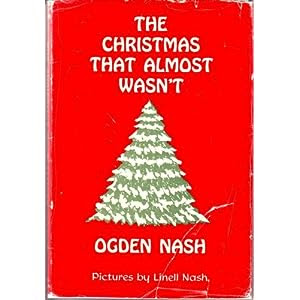 My favorite of his is a story poem called The Christmas that Almost Wasn't, with delightful illustrations by his daughter Linell Nash. Published in 1957, it's a book we read almost every year during the Christmas holidays.

Nicholas Knock is a seven year old boy who must rescue good King Oldwin and save Christmas from the king's evil nephew Evilard. It is full of humor and adventure,  a book worthy of being republished because it is a classic, unbound by time. If you like Christmas stories, this is one of the best.

Are you familiar with Nash? Have a favorite poem?

N is Ogden Nash (and Nicholas Knock)  Other N influences: Anais Nin, Andre Norton, The Nightingale by Hans Christian Andersen, The Neverending Story (the book, not the movie)
Posted by Bish Denham at 5:00 AM