I'm a children's writer who grew up in the U. S. Virgin Islands. How did I get there? Well, my mother's side of the family has been in the Caribbean for over 100 years. As my sister and I like to say, I'm Euro-West Indian.

Living in the Virgin Islands was like living inside a history book. Christopher Columbus named them. Ponce de Leon was the first governor of Puerto Rico. Sir Francis Drake sailed through a passage that bares his name. Alexander Hamilton grew up on the island of St. Criox. These are just a few of the people who left their mark.

There were bloody slave revolts and market squares where slaves were bought and sold. There were pirates. There were sugar plantation ruins to play in.

All of this, and many more things, made fertile ground for the imagination of a little girl who arrive at the age of five.


She immediately felt at home.
Off came the shoes and into the water she went.

She played ruffa with her dog. 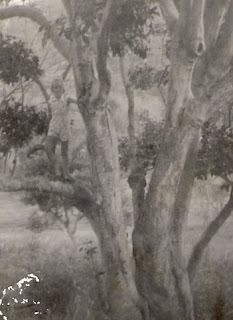 She had a wonderful, magical childhood and lived happily ever after. 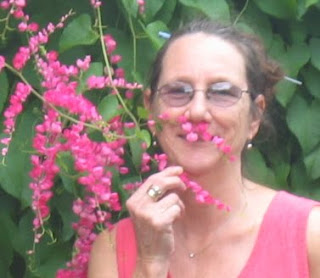 Now she likes to spend her time writing stories for kids hoping to pass on a little of the magic and wonder she experienced.