What I Did Last Week, A Win, and Being Thankful

Thank you all, who wished me and my Sweetie a happy anniversary last week Monday. I had these wonderful intentions of visiting with those of you who so kindly commented and other bloggers as well, but... well, I ended up in the hospital. So instead of having a nice dinner at a nice restaurant on my 30th, I was on IV fluids and ice chips! It takes me a while to recuperate from these bouts with intestinal blockages during which time I'm just not interested in sitting at the computer and visiting.

But I'm back again, and here I am, and all is well.

My first excursion out of the house was on Friday the 25th. It was Texas Heritage Music Day put on by the Texas Heritage Music Foundation. It's an opportunity for school kids of all ages, not to mention adults, to see demonstrations on things like how weave pine needle baskets, spin wool, tan hides, or sit in a tepee. And, while wandering around, there is all kinds of different music drifting on the air: blue grass, Tejano, a dulcimer orchestra, banjos... It's all about living Texas history and music.


But I wanted to go to see the camels. You see, I have a fondness for these fine animals. (See, she's picking her teeth with a bit of hay...) 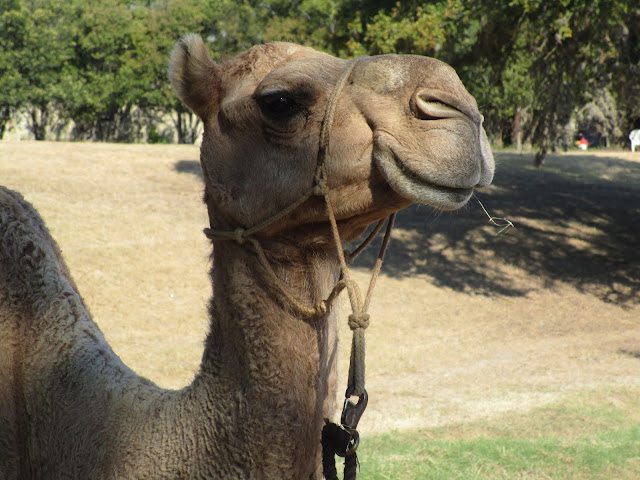 "But what?" you ask, "do camels have to do with Texas history?" It's all about the U. S. Camel Corp, an experiment to see if camels could be used in the exploration of the American South West. Between 1856 and 1857, 75 camels were brought over from the Middle East, mostly Turkey and Egypt. Once they arrived on the Texas coast the camels were brought to a small army outpost called Camp Verde. (I was scratching her neck.) 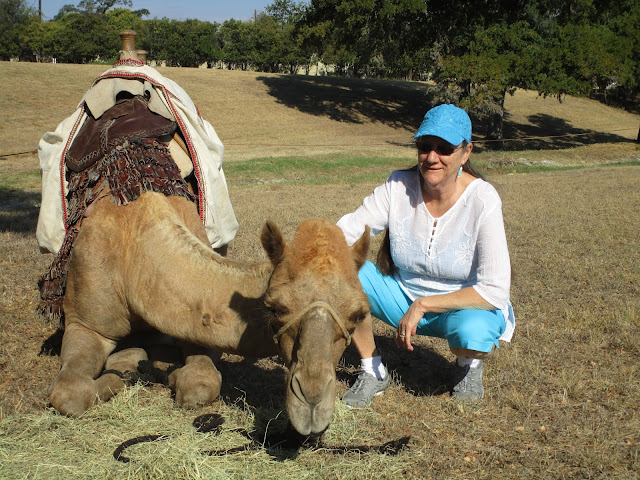 Although the "experiment" was short-lived -- with the start of the Civil War the camels and fort were surrendered to the Confederate army and after the war the railroads were coming into their own -- the camels DID prove useful. They delivered mail and carried supplies between San Antonio and parts west. They helped explore and map Great Bend. They forged a middle passage across the South West to California which is now Route 66 and Interstate 40 and they explored the Mojave Desert.
(Yes, you have every right to be proud of your ancestors.) 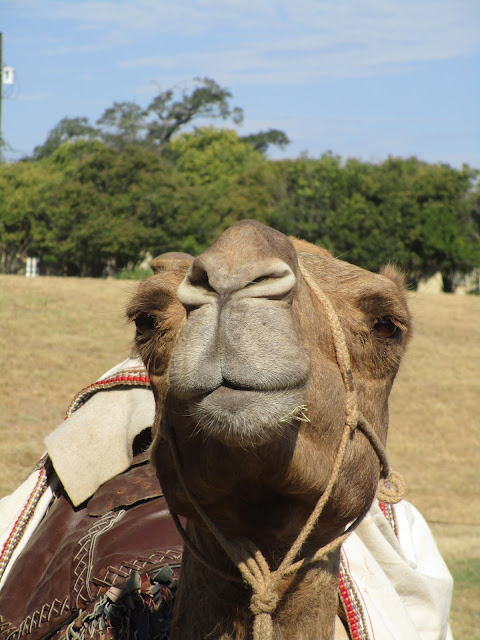 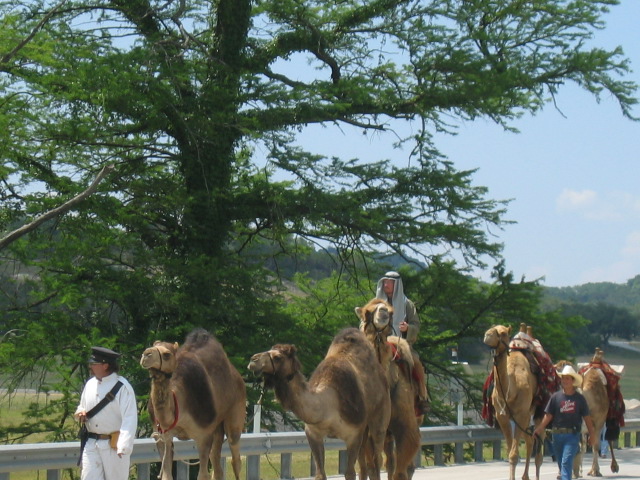 Camels in front of the 150 year-old Camp Verde General Store.
We have camels in Texas, thanks to Doug Baum and the Texas Camel Corp. 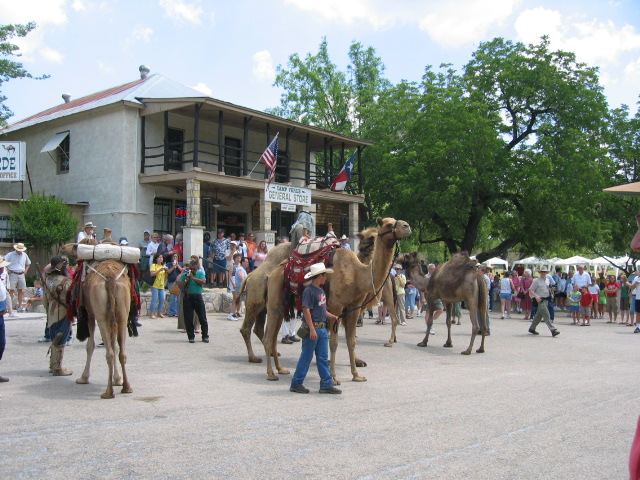 A Win!
If you haven't subscribed to C. Lee McKenzie's newsletter, you're missing out. Only those who sign up are eligible for special offerings, like BOOKS! Why just last week she pulled my name out of the hat and I won the ARC of The Secret Files of Fairday Morrow by Jessica Haight and Stephanie Robeinson. You can visit their blog, HERE.

About The Secret Files:
Fear Not the Unexpected.  Eleven-year-old Fairday Morrow is less than thrilled that her family is moving thousands of miles from civilization to the quiet country town of Ashpot, Connecticut, where she’s absolutely certain she’ll die of boredom. As if leaving New York City and her best friend, Lizzy, the only other member of the elite Detective Mystery Squad (DMS), weren’t bad enough, Fairday is stuck living in the infamous Begonia House, a creepy old Victorian with dark passageways, a gigantic dead willow tree, and a mysterious past.          Before she can even unpack, strange music coming from behind a padlocked door leads Fairday up a spiral staircase and into a secret room, where an ancient mirror, a brass key, and a strange picture of a red-haired lady are the first in a series of clues that takes the members of the Detective Mystery Squad on an amazing adventure.
***

What are you thankful for? Ever gotten up close and personal with a camel? Did you know about the part camels played in the opening up of the desert South West? Have you read The Secret Files of Fairday Morrow?
Posted by Bish Denham at 4:00 AM