Titles to Write By, The Monday Muse, A Book Win, Being Thankful 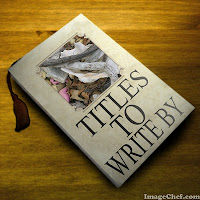 "Titles to Write By" is about playing with a single word and turning it into, what else, titles! Afterwards the object is to pick one of them and write a little something.

It was Ray Bradbury, in his book ZEN IN THE ART OF WRITING, who taught me about making lists of words and turning them into titles. If you haven't read it I highly recommend you do.


(With my eyes closed, I opened the dictionary at random and placed my finger down on the page.)

In which we play with one of the above titles and see where our Muse takes us.

I was raised on the high grasslands, where the wind was a constant. There was no escaping it, except down in the cellar. Only in the cellar was there cessation from the constant noise of it moving past my ears, whispering through the grasses, moaning around the corners of our low-built house, whipping the clothes hanging on the line. Only in the cellar was there a reprieve from it stirring my hair, which tickled the skin of my face and about drove me crazy. Mother used the cellar as punishment. She never realized I did things to anger her so she'd send down into it's cool, dark, silent depths, into it's peace.

***
Recently I won this novel by Melody Maysonet! Thanks Melody.
Shy, artistic Tera can't wait to attend a prestigious art school in France to prove to her famous artist father that she can make something of herself. But Tera's hopes for the future explode when the police arrest her dad for an unspeakable crime. Her father's arrest must be a mistake, so Tera goes into action, sacrificing her future at art school to pay for his defense. Meanwhile, she falls head over heels for Joey, a rebel musician who makes her feel wanted and asks no questions about her past. Joey helps Tera forget her troubles, but he brings a whole new set of problems to Tera's already complicated life. Then, to make matters worse, as her relationship with Joey deepens and as her dad's hotshot lawyer builds a defense, fractures begin to appear in Tera's childhood memories--fractures that make her wonder: could her father be guilty? And whether he's guilty or innocent, can she find a way to step out of the shadows of her father's reputation and walk free? Can she stop him, guilty or innocent, from tainting the only future she ever wanted? A Work of Art is a deeply felt story about self-image, self-deception, and the terrible moment that comes when we have to face the whole truth about the myths of our childhoods.

Today I'm thankful for my Sweetie. It's our 30th wedding anniversary.

The many faces of Stan. 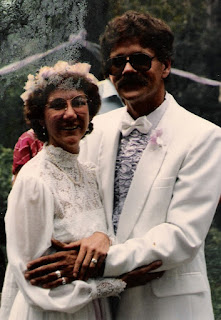 When he grew his hair out, just for me. 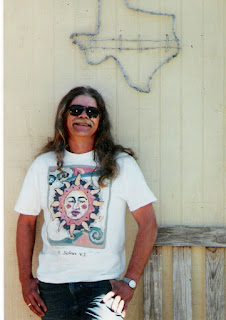 When he grew herbs commercially and took cuttings of plants whenever he ran across
one he wanted to propagate. 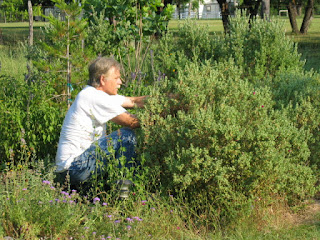 When he was putting our '57 Chevy together. 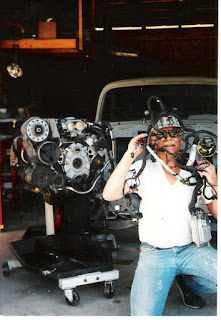 When it was completed. (Ten years later.) 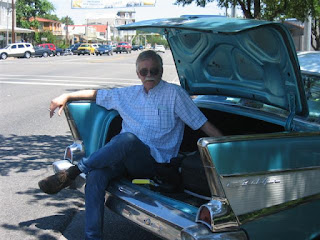 When he was a pirate. 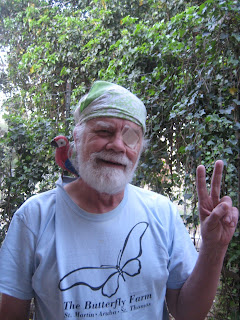 As a couple we have grown older, wiser, more accepting, more tolerant, and more patient.
I think we are better people for it.
I love you, Stan.
***
What are you thankful for? Did any of the titles inspire your Muse? Care to share a title of your own in the comments? Won anything lately?
Posted by Bish Denham at 4:00 AM

Email ThisBlogThis!Share to TwitterShare to FacebookShare to Pinterest
Labels: Being Thankful, Book Win, Monday Muse, Titles to Write By