Alternatives, Origins, Being Thankful, and Guest Posting at March of Time Books

Today I'm a guest at March of Time Books (formerly March House Books.) Hope you'll take a few moments to stop by to read about a few of my favorite childhood books!

Alternatives is a post in which I give synonyms for an over used word. Click on the tab above for a "complete" list of over used words.


Depending on how you use it, this list may come in handy for finding another way to say the same thing.

get here/there, get in, get through, give/gave the impression of being, got on sale

land, look as if, look to be, loom

perform, play, pop in, pop up, present, punch in, punch the clock, put in an appearance

seem, seem to be, set in, shoot up, show, show one’s face, show up, sound, spring, start, strike someone as being, surface

time in, turn out, turn up

***
I haven't included a video in a while but when I saw BREAK THROUGH as an alternative for appear, I immediately thought of Break on Through by The Doors.

Origins is a post in which I delve into the history of a word or phrase.

Today's word is: DAWN
I chose this word because it's in the above list.


Being Thankful
Today I'm thankful for trees!
All kinds of trees. Here are a few from the islands. 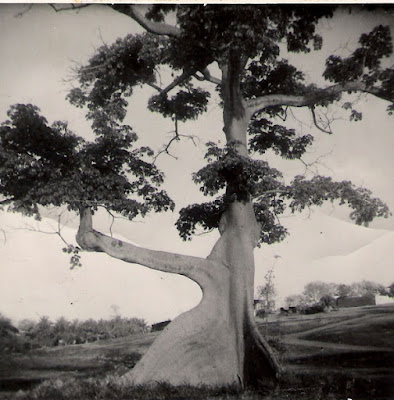 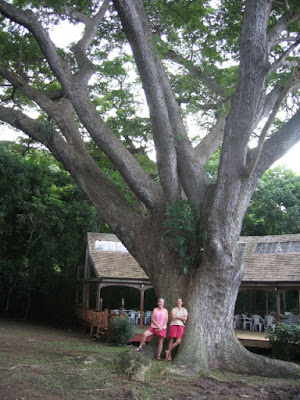 Rain tree at Cinnamon Bay National Park Camp Ground, St. John. My friend Margaret on the left, me on the right. 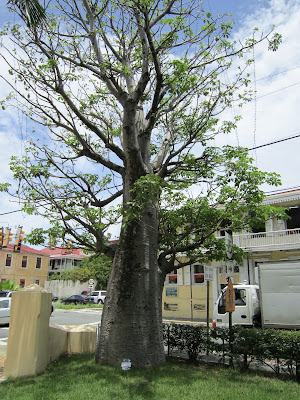 One of two Baobab trees on St. Thomas that are several 100 years old. 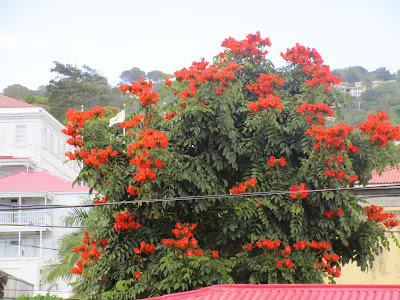 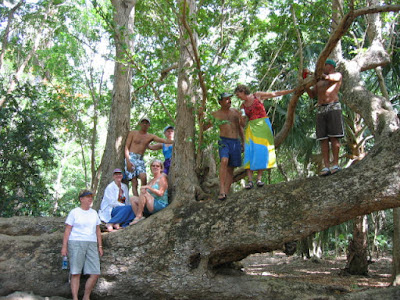 Some of my classmates and me on a tree that was blown down in a storm many, many long years ago yet kept on growing.
***
So, what are you thankful for? Any new ideas "dawning" on you? Got a favorite alternative for appear? How about, Morrison and his pouty look? I was definitely intrigued by him when I was teen.
Posted by Bish Denham at 4:00 AM

Email ThisBlogThis!Share to TwitterShare to FacebookShare to Pinterest
Labels: Alternatives, Being Thankful, Break on Through, Origins, The Doors