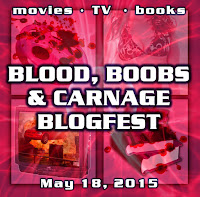 It's the Blood, Boobs and Carnage Blogfest!

It can be any genre that fits the bill - fantasy, science fiction, action, adventure, western, thriller, etc. It can be a movie, a television show/series, a book or all three. You can visit other participating sickos HERE.

MOVIE
A Clockwork Orange, by Anthony Burgess, was published in 1962. I read it around 1967 or 68 and saw the movie when it came out in 1972. By today's standard's, it's pretty tame. But when I saw it, I was rather traumatized and it was many years before I watched a movie with much in the way of violence it in.

Television
I suppose Deadwood is mild compared to Game of Thrones. I haven't watched but half a dozen or so episodes of the latter and in every single one people are flashing boobs and butts, or being maimed, tortured, and/or killed. As violent and gritty as Deadwood is, I liked it because it's based on actual historical events and people. Yes it's been "Hollywoodized" but still, Ian McShane and Timothy Olyphant as antagonists? Who could ask for more? By the way Justified with Timothy Olyphant is a good candidate for this blogfest, as are The Borgias and Da Vinci's Demons.

I can't think of the last time I read a book with much in the way of blood, boobs and carnage. Since I mostly read middle grade and some young adult, the BB & C is kept to a minimum, which is just fine with me.


Got a favorite violent movie, TV show, or book? Don't be shy, do share.

And now, just in case my friend farawayeyes happens by, I will soften this BB&C post with a little soothing tropical eye candy. :) 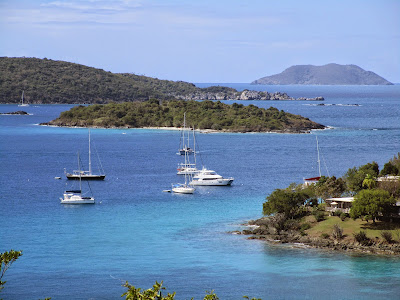