T is for Trickster

What else? Tricksters can be found all over the world. They break the rules of the gods, of nature, and convention. Sometimes their tricks are malicious, as with the Norse god, Loki, but mostly their tricks end up with a positive result. They can be sly, foolish and humorous, thus making them very human.

Anansi is in good company. 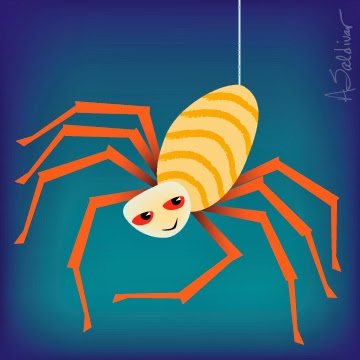 A few famous tricksters include: Do you have a favorite trickster?

The answers to Monday's Riddles are:
1.) My father has a tree full of apples and not a man can count them. What are they?    Stars2.) My mother put on a pot of food to boil; the top boil before the bottom. What is it?   A pipe and pipe tobacco3.) I walk up a hill. I meet a man. I cut off he head. I poke out he eyes. I drink he blood. I eat he flesh. I throw away he bones. What am I?   A coconut

I didn't realize these riddles would be so hard. I thought at least one person would get one right. Alas... there is no winner. For those of you who actually gave it try, THANKS for playing. And I must be honest, I'm not good at riddles either.

Email ThisBlogThis!Share to TwitterShare to FacebookShare to Pinterest
Labels: A to Z challenge, Anansi, Trickster