Happy Fourth of July, Free Books, and Thanks 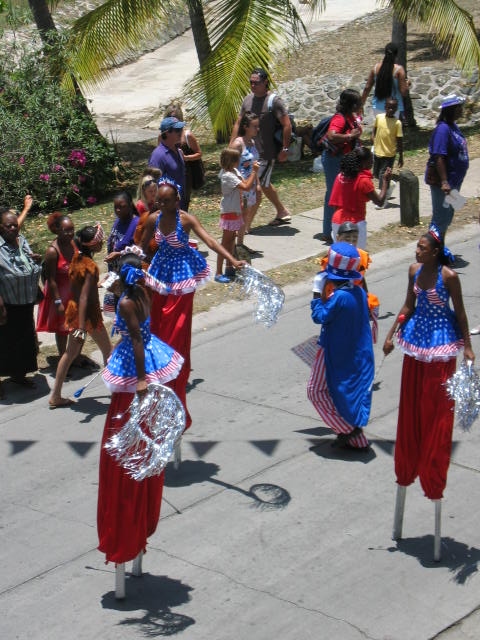 In celebration of the Fourth, check out these
FREE BOOKS

Because everybody who reads likes to have books to read, Sarah's Reviews is giving away THREE (3!) of C. Lee McKenzie's books! Hurry on over there and sign up. I've read all three of these books and they are great. If you don't know who Lee is, you might want to check and see if you're living under a rock. Hop on over to her blog, The Write Game and tell her I sent you!

The Princess of Las Pulgas

After her father’s slow death from cancer, Carlie’s mother is forced to sell their cherished oceanfront home and move the family to the other side of the tracks—to dreaded Las Pulgas. At her tough new urban high school, Carlie is nicknamed “Princess” because of her aloof attitude. But what her classmates don’t know is that Carlie isn’t aloof; she’s in mourning for her father and almost everything else that mattered to her. Meanwhile, her younger brother Keith becomes angrier and more sullen by the day, and even their cat Quicken goes missing, sending Carlie and Keith on a search for her in the hidden orchard beside their seedy apartment complex. They’re met by a rifle-toting cowboy who ejects them at gunpoint from his property. But when Carlie finds him in the kitchen having coffee with their mom the next day, having found and returned the cat, she begins to realize that in Las Pulgas, nothing is what it seems.

Sliding on the Edge

A teenager who is a "cutter" and her grandmother are strangers when they are thrown together, each with secrets that stir mutual distrust until saving a doomed horse unites them and gives each a reason to live.

Twelve-year-old Pete Riley thought being suspended from school was bad, but that’s nothing compared to what happens when a legendary mansion reappears after being gone a hundred years.  When the mysterious, haunted mansion pops up next door, the backwater town of Hadleyville is transformed from boring to bizarre. Pete discovers he’s living among a sadly out of practice coven of witches, his Aunt Lizzie is the leader and the Ornorfree alligators are the witches’ familiars. These swamp animals are in danger of extinction if Aunt Lizzie’s Save the Ornorfree Committee can’t find legal ways to stop developers from destroying another chunk of the swamp. He's struggling to make sense of what’s happening around him when he discovers he might have inherited the family tendency toward witchcraft, but his spells aren’t any better than the out-of-practice witches. When they work some old witchcraft spells, they vanish. He’s scared his spells won’t do much better, but he and his one friend, Weasel, are the only hope for the fragile swamp ecology. It’s up to Pete to harness what he’s come to know are his own strange powers, bring back the Hadleyville witches, and stop the bulldozers.

Here's to Carol Kilgore over at Under the Tiki Hut who held and interesting contest with the winner getting to pick one of her books. Guess who won? I had to choose between In Name Only or Solomon's Compass. Well, since Carol featured Solomon's Compass during the A to Z Challenge, I had to go with it. THANKS CAROL!