On Wednesday, Miss Ellaneous introduced Mr. E to her troublesome knothole. Will they find a solution to their knotty problem?

Miss Ellaneous leaned into the man of her dreams, pressing herself against him. “That’s why you are here, my love, so you can help me think of something to do.”
“Oh well, quite right then. What shall we do?”
“I can’t wait,” said the knothole.
“I don’t know,” said Miss E.
“What about turning it into something else?” he asked. 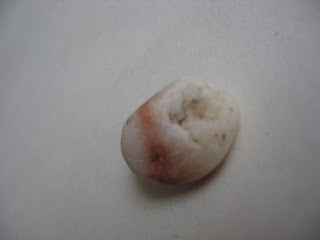 “The last time she threatened to turn me into a rock,” said the knothole, “and I threatened to always be underfoot and trip her up.”
“And it would too,” said Miss E.
“I see,” said Mister E.
“You see what?” she asked.
He looked at her and melted. “I see you.” They fell into each other’s arms and kissed.
“There are times when being stuffed would definitely be beneficial,” said the knothole.
“That does it!” exclaimed Miss Ellaneous breaking away from Mister E’s embrace. “You’ve had it!” She pushed the long flowing sleeves of her silver satin gown up above her elbows. Her skin had become quite flushed. Her long snow white hair flew about her face snapping and sparking with electrical rage.
Now the knothole had seen her angry before, but never quite like this. It began to try diplomacy.
“Now wait, can’t we talk this out?”
“Shut up, you! I’ve lived with you long enough to know there’s no substance to anything you say!”
“Now wait a moment, don’t do anything rash….”
But she was too angry. And her anger, though righteous, was dangerous. It was dangerous because when she cast spells in this state anything, or nothing, could happen. This the knothole knew.
“Wait!” it screamed. 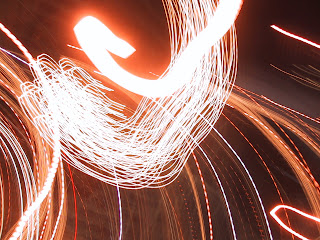 But she was past waiting. Hands flew, words were spoken and there was blinding flash. “Oh no!” she cried. “I did it again!”
The whole wall disappeared revealing her sitting room next door.
The force had pushed Mister E into a over-stuffed chair. He stared in awe at the sight of his soul mate’s passion. He had delightful visions of assignations behind doorways, next to coffee tables, under park benches, beneath stairwells – there were so many he was sure it would take a life time to explored them all.

It was some moments before he finally managed to ask, “You did what again, my love?”
“I miss spelled! I meant to say hole, but said wall. Now look what I’ve done.”

“I rather like it,” he said. “The room is larger, open, more airy.”
“Yes, I suppose it is, but what became of the knothole? I do hope it didn’t fall to the floor.”
“I say, Miss E. If it fell to the floor I wouldn’t advise another spell. The floor might disappear then we’d fall through.”
She looked around near where the wall had been. “Oh no, my dear. See? Here it is.” She stooped and picked up something. She held it out for him to see.
Muffled sounds could be heard coming from within the small brown object. 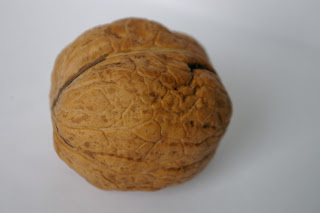 “Oh!” he exclaimed, “a wallnut!”
“Why of course, my love,” she said. “What else could it possible be? Holenut has no ring to it.”
The wallnut continued to make distinctly angry noises as she tossed it out a window which overlooked the cliff. Down, down, down it went. Out of sight, out of mind.
“You are brilliant my darling, brilliant.” Mister E swept her into his arms and kissed her passionately. The windows of the Whiskey Alpha Hotel became fogged. Passersby saw smoke coming from the chimneys. And this was odd as it was the hottest summer they had ever known.

Years later when the polar ice caps began to melt the locals debated its cause.

I hope you have enjoyed this little story.
Posted by Bish Denham at 4:00 AM

Email ThisBlogThis!Share to TwitterShare to FacebookShare to Pinterest
Labels: A story, Miss Ellaneous