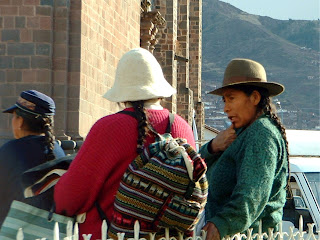 They had tried to get the truth from one of her many sisters – Miss Information and Miss Anthropic, most recently – but all of them remained close-mouthed on the subject.

As for Mister E, no one knew who he was, where he came from or what he did. Some believed he was a wizard, some a ghost. But the most prevalent belief was that he was a figment of the imagination.

From stories they had heard about each other, Mister E and Miss Ellaneous had long been having a long distance love affair. Mister E had heard of Miss Ellaneous’s gift for finding lost people and had determined to lose himself that she might find him. He had spent many long years trying to get lost, but time and time again had always seemed to know where he was. Now, to have stumbled upon the object of his desire sent him into delicious fits of vagueness.

On Miss Ellaneous’s part, she had loved him the first time she learned of his vagueness from lost travelers who claimed they’d caught sight him retreating through a fog of confusion. She knew he would eventually get lost, having seen it foretold in her tarot cards, not to mention a vague dream or two. Being eternally patient she had waited for his arrival, all the while practicing the vague things she would say to him. Now, to have found him at last caused her to tingle with visions of super novae. Not to mention that fact that she might finally have help with that damned knothole.

“Most unusual,” said Mister E as he closely examined the knothole in Miss Ellaneous’s wall.

“Have you looked in a mirror lately?” asked the knothole blandly.

“I say, Miss E, does this thing always talk back like that?” 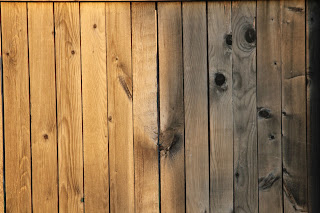 “What about me?” complained the knothole. “At least you can leave the room. While I now have to deal with not one, but two people who are more than a bit off the wall….”

“I should think….” But the knothole interrupted Mister E.

“You shouldn't think at all. What brains you have might leak out onto the floor. Then you might have a slip of the tongue. Hmmmm. Actually that might be entertaining.”

“I say, Miss E, doesn't this thing ever have anything nice to say?”

“No, and I’m quite fed up with it,” she replied

“Just where did this knothole come from?” he asked.
“From a crab apple tree,” said Miss Ellaneous.
“That explains it then.”
“Very astute of you,” said the knothole.
Mister E stood up, for he’d been stooping slightly to study the knothole. He turned to Miss Ellaneous and said, “I suppose you've tried stuffing it.” 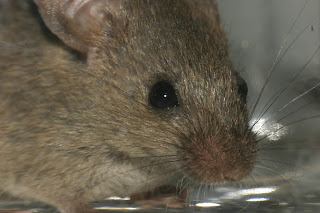 “There’s a mouse living in a sort of symbiotic relationship with it,” she said. “The knothole allows it to use its hole as a door in return for keeping it clear of anything I stuff it with. Once I even tried fiberglass but the mouse employed several friends to aid him in chewing through it. As soon as it was opened the knothole let out a most vile stream of abuse. Since then there’s been a kind of stand off. If I don’t stuff it, it won’t swear.”
“Have you thought of getting rid of the mice?”
“They all threatened me with P. E. T. A.”
There was a smirk of superiority coming from the knothole. Not a smirk one could see, mind you, but one that could definitely be felt.
“I wouldn't be so cocky if I were you, hole,” said Miss Ellaneous. “There are still plenty of spells I haven’t tried.”
“I’m not afraid of your spells. You’re such a scatter brain you either forget which one you’re casting or what you’re casting it at!”
Mister E poked his finger at the knothole and said, “I say, knothole, I can’t have you talking like that to the love of my life!”
“You two really deserve each other,” it sneered. Well, if it had had a mouth it would have sneered. “One’s scatter brained, the other is absent minded. You’ll be able to get absolutely nothing done whatsoever for as long as you both shall live.”
“That’s it! Miss E, something must be done. There simply cannot be two of us in the same room.”

“At least I know I’m hollow,” said the knothole.

Coming Friday - Part Three
Posted by Bish Denham at 4:00 AM

Email ThisBlogThis!Share to TwitterShare to FacebookShare to Pinterest
Labels: A story, Miss Ellaneous