S is for Salt River Bay

Salt River Bay, St. Croix.
It is believed that on November 14, 1493, sailing an armada of seventeen ships, Columbus landed here. He encountered a few fierce Carib Indians (they were also cannibalistic) and after a short battle they left the island. Two of his crew were wounded in the skirmish and one of them died. There is some question as to whether Columbus actually landed on St. Croix or if it was another island. You can read more about the debate HERE. However, there is no doubt that he named the Virgin Islands after St. Ursula and her entourage of eleven thousand virgins. 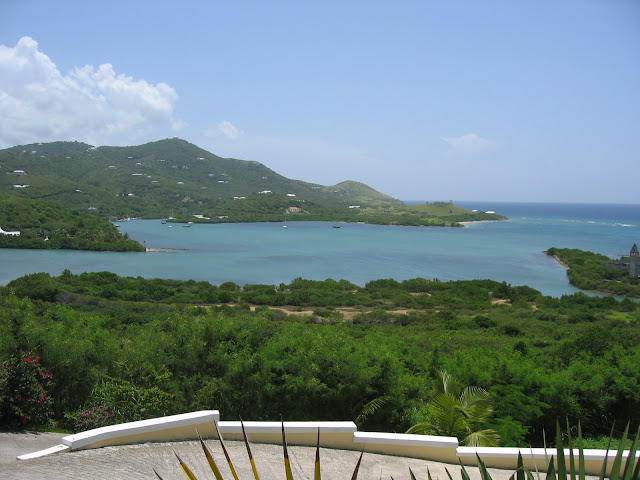 Other S Names:
Salmon Beach, St. John A lovely beach between Cruz Bay and Caneel Bay.
Susannaberg, St. John One of the many sugar estate plantations.

Steven's Cay.
This pretty little cay is right outside Cruz Bay, and do you know what? I've never set foot on it! 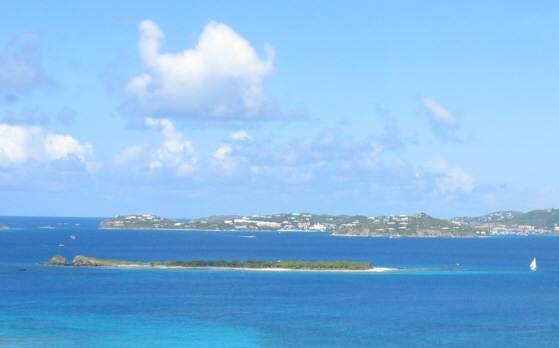 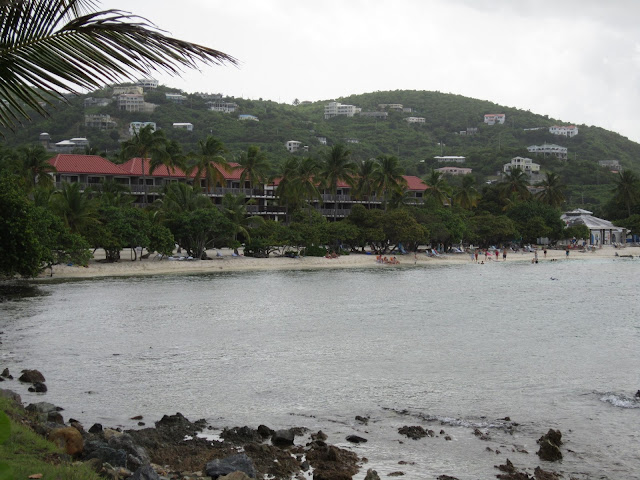 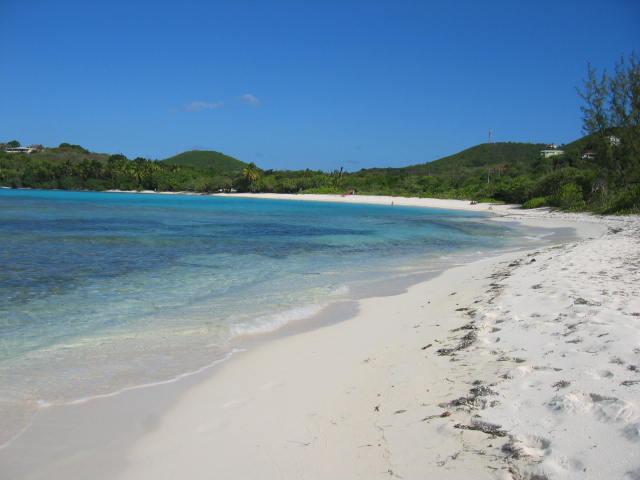 The Synagogue, St. Thomas was built in 1833.
It is the second oldest synagogue (building) and the longest in continuous use under the U.S. flag. There has been an active congregation on St. Thomas since 1796. Most of the Jews who came to the island were originally from Spain. 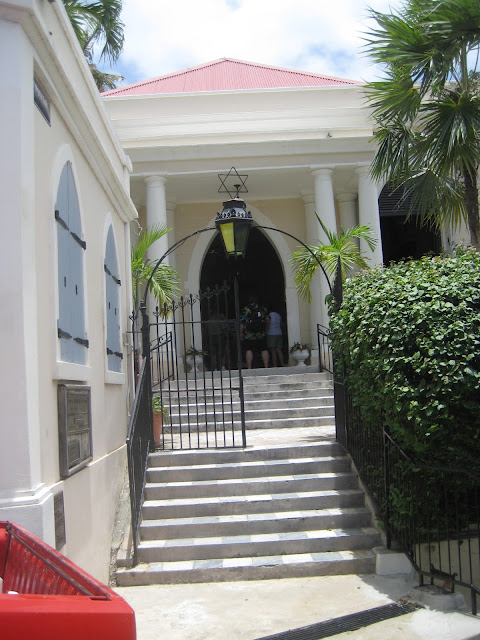 The menorah, to the left, is 11th century and from Spain. 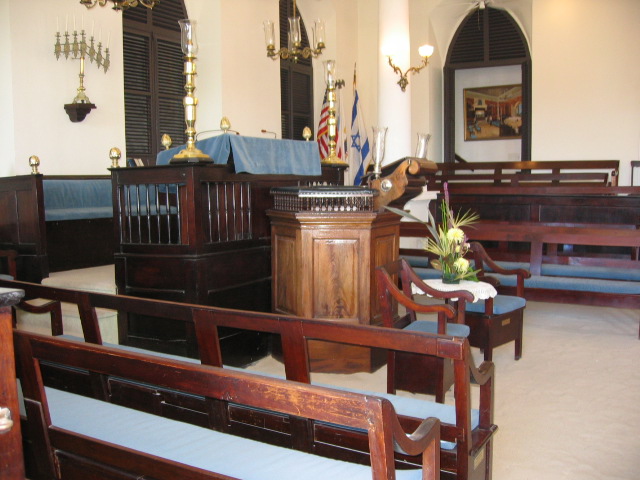 All of the furnishings are made of mahogany. 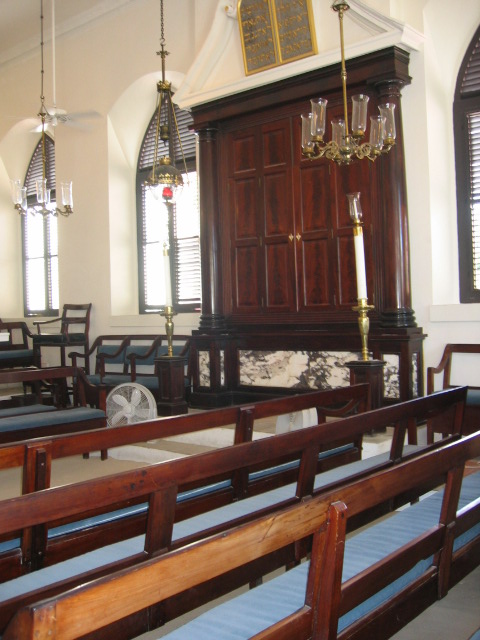 The interior has a sand floor which does NOT represent the Israelites going through the desert. During the Spanish Inquisition Jews were persecuted, and forced to become Catholics or face death. In an effort to keep practicing they held secret services, usually in the basement of a home. They covered the floors with sand so their footsteps couldn't be heard by anyone passing by on street level. 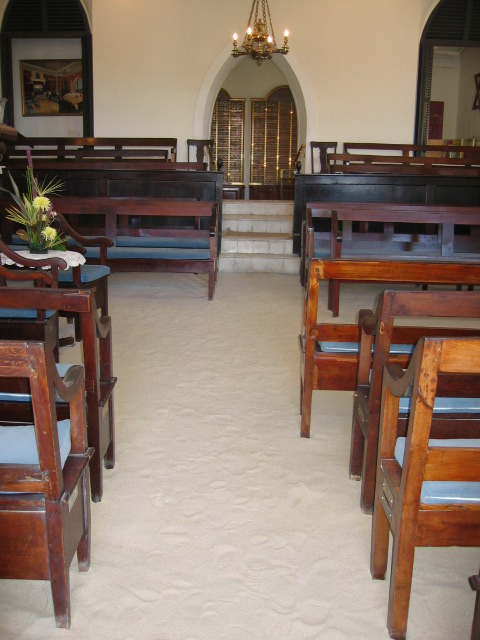 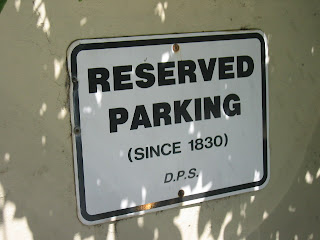 Sail Rock
Sail Rock is kind of like my Statue of Liberty. When I'm flying into and out of St. Thomas it's usually the first and last thing I see. Stories go that during the First World War, German gun ships fired on it believing it to be an American war ship. 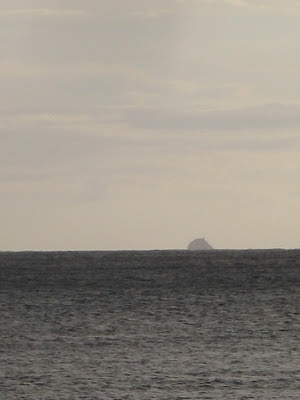