B is for The Battery 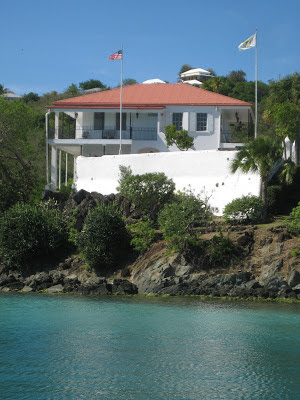 Originally known as Fort Christian and constructed in the late 1700s , The Battery guards the harbor of Cruz Bay. It was armed with cannons and by 1825 had a court house and a dungeon. It is on the National Registry of Historic Sites.

Most of the island's administrators have lived in it and several government offices are located here.

This is the Battery taken from the other side,  looking across what we called the Creek. The building to the far right is where we used to pick up our mail. It was general delivery for all of us on the island. However, we had an actual box, a cardboard box, into which the post mistress put all our mail. 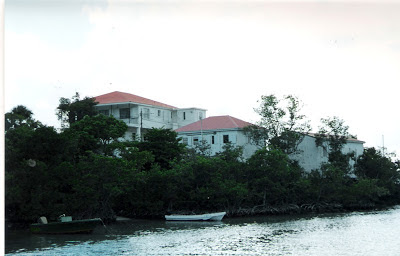 
There is also the Bordeaux Farmer's Market on St. Thomas 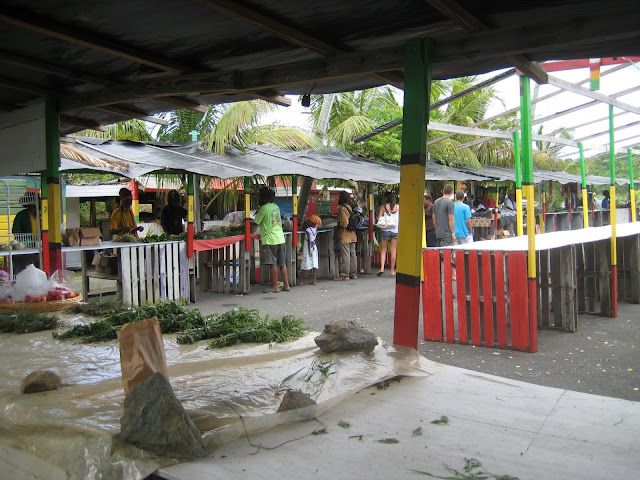 Bluebeard's Castle, St. Thomas was built sometime in the late 1600s. There is no connection to pirates either at Bluebeard's or Blackbeard's Castle. They were towers built by the Danes to keep watch against possible invasion by the British. 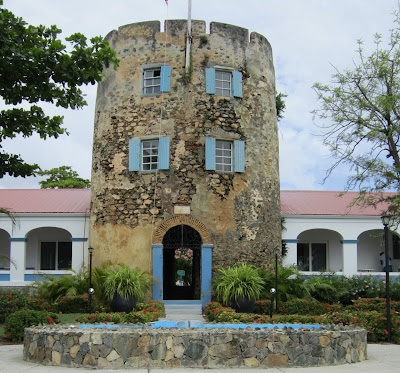 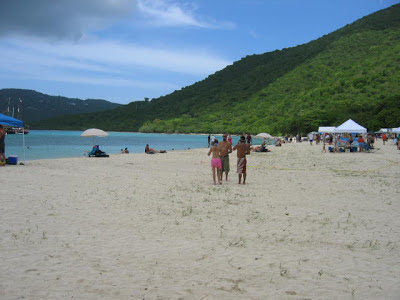 On the hill in the background you can see buildings belonging to the University of the Virgin Islands. 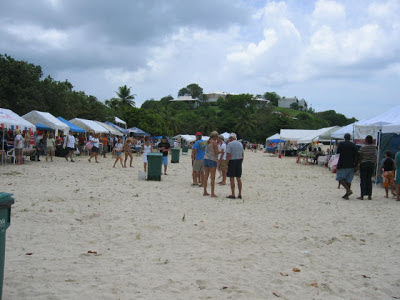