A to Z Challenge: A is for Annaberg

For this, my fourth year doing the challenge, I've decided to share place names in the Virgin Islands. For such a small spot in the ocean, it seems that every rock, cove, hill, trail and house has been christened.  The names are a unique mix of Spanish, Danish, French, Dutch, English, and African to name a few.

I've written about Annaberg before. You can find those posts HERE. 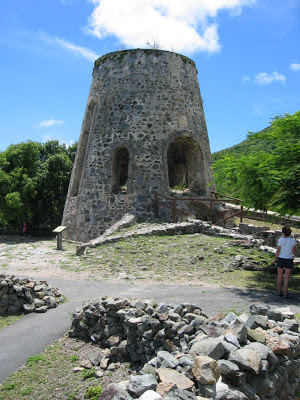 Between 1717 and 1718 the Danes colonized St. John and the first 20 planters began to grow sugarcane, cotton and other crops. By 1731, a mere 14 years later, there were over 100 other working plantations and Annaberg, which means Anna's Hill,  was under cultivation. Approximately 200 whites and 1000 black slaves lived on the island at that time.

At right is the windmill that was used for crushing sugarcane.


A beautiful estate house, now in ruins. As a child I walked inside it as the roof and the floors were still intact. You can see other pictures HERE. 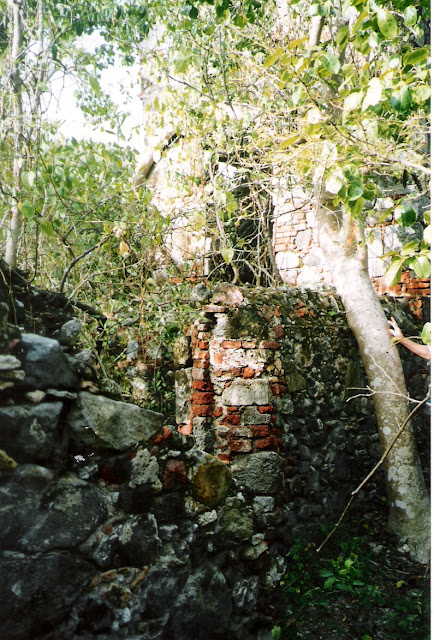 Adrian Estate, St. John:
The site of one of the two steam engines used for crushing sugarcane.
Posted by Bish Denham at 4:00 AM