This month's question is:  Of all the genres you read and write, which is your favorite to write in and why?


Did you miss me last month? May slipped past and hardly left a trace...

As for this months question, it's a difficult one for me to answer. Yes, I tend to write middle grade fantasies, of a sort, that are kind of like fairy tales with a bit of realism thrown in for good measure. Deep down inside I've always wanted to write high fantasy. To that end I've created many worlds with maps and time-lines and histories going into excruciating detail like days being longer and figuring out a different kind of calendar. But the stories languished for all my clever world-building, and not one has ever been finished.

I've also wanted very much to write historical fiction with a bit of romance thrown in. My own family's history, on my father's side, would be a fantastic subject.

1. My great-great grandfather, James Thomas Miller, leaves Scotland by himself at about the age of 14 or 15. Would have to make up a reason he left: a younger son who won't inherit anything? A run-away from an abusive family? A destitute child with no future in the old world?
2. He lands in Texas, right before the 1836 Texas Revolution.
3. He is somehow involved in the Revolution because he gets a land grant that was given only to those who participated. The land is in the Houston area.
4. He apparently doesn't like Houston and trades the grant for another in north Texas.
5. There he meets my great-great grandmother, Sarah Haught who came to the area with her family (she had A LOT of siblings) from Ohio or some such place. James T. and Sarah are the second couple to get a marriage license in the settlement called Dallas.
6. They have a son, James Munroe, my great-grandfather.
7. In 1850 James T. decides to head west and sells his land in exchange for payment of certain debts. A detailed contract was written out on the land grant explaining where the money would go. It is important to note that Sarah's signature is also on the contract stating that she understands what is happening. I have held those grants in my hand!
8. James T., Sarah, and son James Munroe (who is somewhere between 2 and 3 years old) leave the Dallas area and travel south to the Gulf Coast.
9. It gets a little sketchy here, but family stories say they got on a ship and went to Cuba where they lived for about a year as they waited for a ship to take them to Panama.
10. They cross the Panama Isthmus on foot. Can you imagine taking this journey with a small child?
11. Once on the Pacific side they get on another ship and eventually make their way to California.
12. James T. does not strike gold. On the contrary, it's a struggle for them. They have 3 other children all of whom die before the age of 5.
13. Eventually they leave California and head north, settling in Victoria on the island of Vancouver. 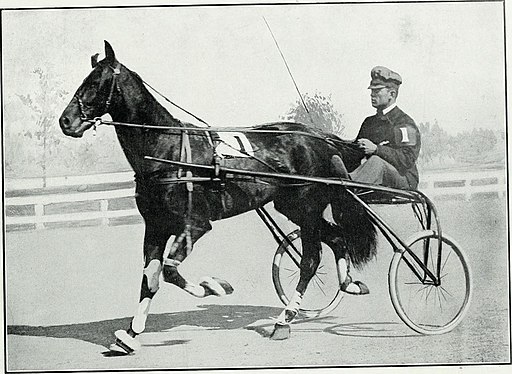 14. James Thomas dies rather young, in his 50s, and Sarah marries a man named Simeon Duck. They have no children. There is a possibility that James T. and Sarah met Simeon while crossing Panama or on the ship they sailed to California. They may have kept in touch with him and he may have been instrumental in convincing James T. and Sarah to move to Victoria as that's where he had settled.

15. Sarah outlives Simeon and dies at the ripe old age of 92 of breast cancer. She drives a sulky racing buggy until she is 90 which horrifies both men and women as it is considered quite improper, unfeminine, and undignified for a lady to sit with her legs spread apart. But who's going to argue with a woman who traveled from Texas to California with a small child?

16. James Munroe, James T. and Sarah's only surviving child, marries Ann Eliza Vincent.
17. They live for a time in San Francisco where several of their children are born. They run a printing and book binding business. She is the printer, he is the binder. One day a horse thief is hung from their sign and they decide San Francisco is not the place to raise a family and so they move back to Victoria where the rest of their children are born.
18. They have 9 children, all of whom survive into adulthood. However, Leland disappears while fishing and his body never is found, and Eugene dies of TB. Their youngest is my grandmother, Sarah (Sadie) Eliza Miller, who becomes the mother of my father.

This wonderful family photo show them all, except for Eugene. My grandmother, Sadie, has her hand on Sarah's shoulder... 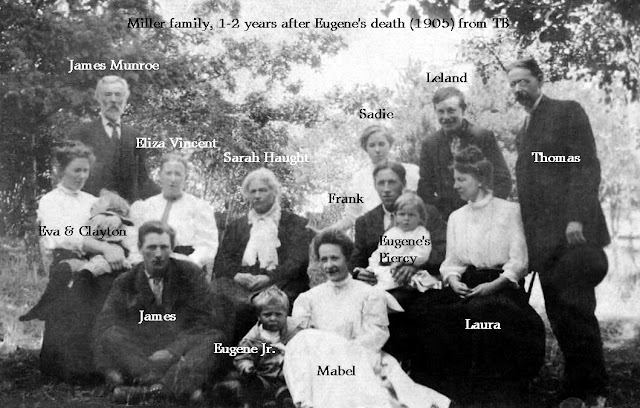 Yes... that would make for a rousing historical romance. 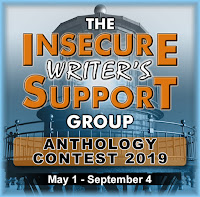 The 2019 Annual IWSG Anthology Contest is now open for submissions!
HERE'S the link!

I'm pleased. I have a story to submit.

Being Thankful
Today I'm thankful for my ancestors who were pioneers and, even if afraid, dove head-first into the unknown.

What are you thankful for? Do you know anything about your family history, is it something you're interested in? What's your favorite genre to write?
Posted by Bish Denham at 4:00 AM