I had a very relaxing time during my break. I'm sure I could have done more than I did besides help Hubby rake and haul away leaves. But ask me if I care? (Anyone care to answer?) I have been working on my book, A Piece of the Sky, but it's slow going. Wednesday's Insecure Writer's Support Group post will give an update on that.

Here are some things I experienced while away from the blogs.

This is also about 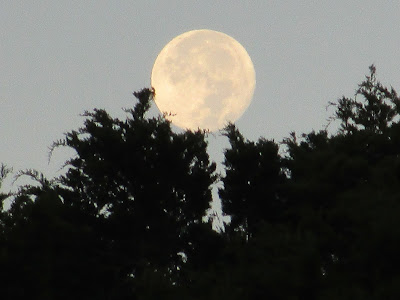 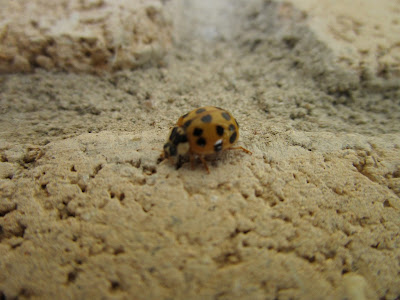 A swarming of lady bugs.

I know, how can one lady bug be a swarm?
Trust me, they were EVERYwhere! 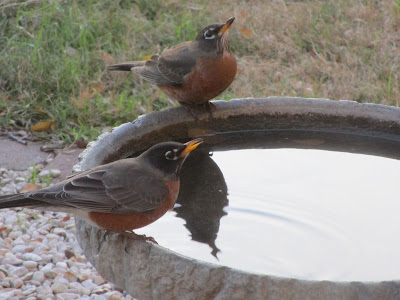 The arrival of robins. We haven't seen them in a while because of the drought. It was delightful to hear their laughing calls in the trees around our house.

Here are my New Year's Resolutions. 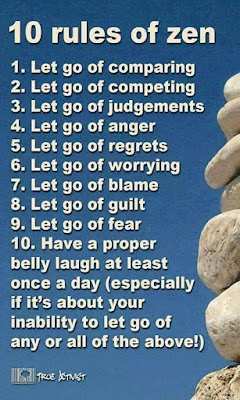 And lastly, the Question of the Month, hosted Michael D'Agostino at A Life Examined .

This month's question is:

What was your *growing up* moment.

I think I'd have to say it was when I volunteered to be the one to tell my cousin, who was living with us, that her mother had died (suicide too). I was about 18. My mother asked if I was sure I wanted to, but I felt certain, since we were close and sharing the same room, that it ought to be me. There was no easy or gentle way to break the news. Considering the circumstances, I think we handled the situation in a rather mature manner. No hysteria, though there were, of course, tears and hugging. My mother had us on a plane to the states the next day so we could be with her father and go to the funeral.

A rather depressing note on which to end the first blog of the New Year, but hey... ask a personal question, get a personal answer.

With that, I'll leave you with a this link to the 45 books I read in 2016!
***
So, what are you thankful for? Did you have a good Christmas and New Year? See or do anything special? Make any resolutions?
Posted by Bish Denham at 4:00 AM

Email ThisBlogThis!Share to TwitterShare to FacebookShare to Pinterest
Labels: New Years, Question of the Month