Origins is a somewhat reoccurring post in which I delve into the history of a word or phrase.

Today's word is: gung ho, which means to be enthusiastic, zealous, or eager

I chose this word because I'm feeling rather gung ho about about my up-coming book, despite the load of corrections which are now in the good hands of one Diane Wolfe.

That said, gung ho actually means something different. It's Anglicized from the Chinese words kung, meaning work, and ho, meaning together. Gung ho was adopted during World War II by the United States Marines under General Evans Carlson. In 1942 The New York Times Magazine reported: "Borrowing an idea from China, Carlson frequently has what he calls 'kung-hou' meetings... Problems are threshed out and orders explained."

The following year Life magazine reported:
"He [Carlson] told them [the Marines] of the motto of the Chinese Co-operatives, Gung Ho. It means Work Together... My motto caught on and they began to call themselves the Gung Ho Battalion."

And there you have it. I'm feeling enthused by all of those who are working together with me on The Bowl and the Stone: A Haunting Tale from the Virgin Islands. There's no way I could have done it alone.

It was the White Queen, from Through the Looking Glass, who said to Alice: "When I was your age, I always did it for half-an-hour a day. Why, sometimes I've believed as many as six impossible things before breakfast."

When life gets you down, think of or believe, six impossible things before breakfast. Take a deep breath and close your eyes. If you are aren't smiling by the sixth thing, think of six more. Keep thinking of impossible things until you smile, or until you understand that life itself is impossible. Yet here we are.

Here, for your entertainment are Six Impossible Things. You can believe them or not as you wish.

Discovering the Lost Continent of Mu
Hearing the Sermon on the Mount live, up close, and personal
Inventing a safe non-polluting, totally biodegradable, reusable plastic
Having tea with the Buddha
Being a bolt of lightening
Being a giant sequoia

These lovely people are giving my book cover space on their blog this week. Thank you for helping spread the word about The Bowl and the Stone: A Haunting Tale from the Virgin Islands. Another example of being GUNG HO!


Being Thankful
Today I'm thankful for
lizards!
I do love lizards.
The most abundant lizard in the Virgin Islands is this little cutie, the leaf lizard. 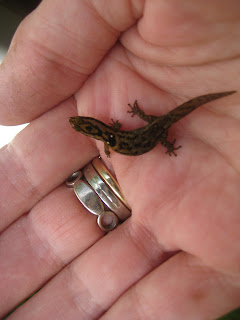 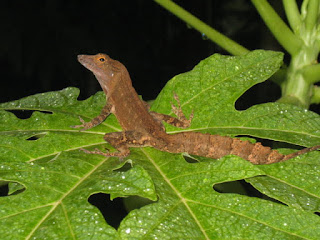 A Virgin Island ground lizard which can grow to be a couple of feet long. They never leave the ground and are very fast. 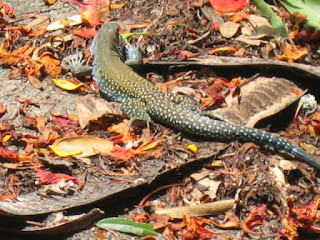 A Texas brown lizard. What, but this one's green! They are chameleons, changing from brown to green depending on their background. 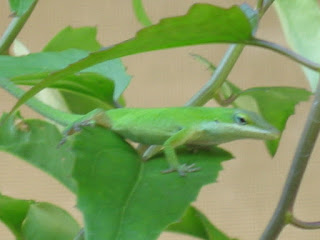 A baby iguana chillaxing on my hand. 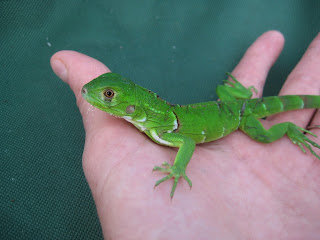 A adult iguana chillaxing on some rocks by the sea. They are very good swimmers. 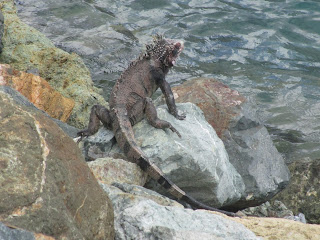 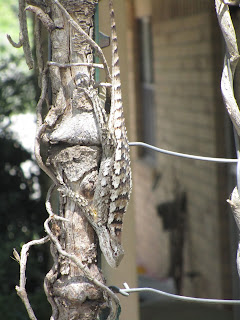 What are you thankful for? Did you know the origin of gung ho? What's your impossible thing to believe today? Do you like lizards?
Posted by Bish Denham at 4:00 AM