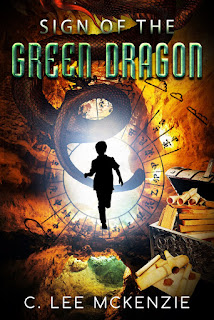 C. Lee McKenzie's latest middle grade novel, has been released! You can read my review HERE. When Lee asked for help in promoting I, of course, raised my hand and waved madly. Since it's all about Dragons, we decided to explore someone born under the Sign of the Dragon in the Chinese zodiac. Take a look at what Lee had to say!
***
If you were born in the year of the Dragon, you were born under a powerful sign. Dragons are energetic and warm-hearted, charismatic, and lucky at love. They’re confident in themselves and sure they can do whatever it is they want. They’re natural born leaders, good at giving orders and doing what’s necessary to remain on top. Their best companions are Monkey and Rat.

When Bish mentioned her dad was born in 1916 (a Dragon year, for sure), we thought it might be interesting to combine a bit of Dragon lore with his history. That way we could test out the Chinese Zodiac’s accuracy.

Here’s what Bish told me about her dad. I’ve underscored what stands out to me as the characteristics of a Dragon.
*** 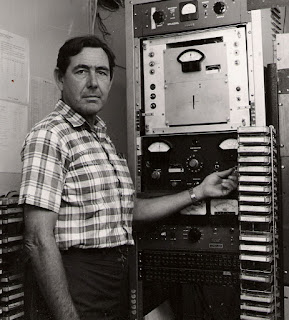 My dad, John Stanford Denham, was born in 1916 in Seattle, and raised in Clear Lake, Lake County, California. His father abandoned the family when Dad was 10. He had two younger brothers who were twins and just 11 months younger than him. His mother, a concert pianist, worked in honky tonks to support her three boys.

When Dad was 12, he and his brothers built a model T Ford from parts they collected at junk yards so they could get to and from jobs they had all through the depression.

Dad was accepted to Stanford University, but wasn't able to attend because he didn’t have the money and his father (who had money) wouldn’t lend him any.

He worked with the CCC and helped build roads into Yosemite before enlisting in the navy. He was stationed on submarines in Hawaii before the war, was eventually discharged and then drafted when the war started. However the government/military decided his brain was more important to them than his body so he was trained in a new and highly top secret technology called RADAR.

He was sent to the Caribbean to build radar stations on different islands and while in Puerto Rico met my mother, where they were married. He was transferred around until he and my mother ended up back in California where he continued to work for the government after the war and was involved in the atomic bomb tests in Nevada.

By 1955 he quit, having had enough with the scrutiny of top secret clearance and the red tape of the government and that’s when he moved us to the Virgin Islands.

Though he never went to college, Dad was (among other things) an ace mechanic, electrician, electrical engineer, and mathematician. He did many jobs while in the islands including the Mobil gas station/garage we owned and operated. When it was closed he went on to be the chief engineer for a local TV station and then built and was the chief engineer for a radio station.
***


John Stanford Denham seems to fit the Dragon mold with all of that energy and “I can do it” attitude. He had a long and successful marriage with Bish’s mom, so it looks as if his Dragon sign brought him luck with love. When you have a daughter who can write like this about her dad, you know he had to have been a warm-hearted and charismatic man.
***
Book Blurb: A crumbling map from 1859, found clutched in the bony grip of the long dead, sends three young boys on a dangerous adventure where an unsolved murder, a modern crime, some lost ancestors and ancient Chinese dragons reveal the true meaning of treasure.

Author bio: I love to write for young readers. Sign of the Green Dragon is my third Middle Grade novel.Alligators Overhead and the sequel, The Great Time Lock Disaster were my first two. I’m proud to be a hybrid author with three Indie books out along with four traditionally published young adult novels:Sliding on the Edge, The Princess of Las Pulgas, Double Negative and Sudden Secrets. It’s fun to know both sides of this writing business.
When I’m not writing I’m thinking about it or scratching my head over how all of this started.
Media Links:
Website
Goodreads
Facebook
Instagram
Pinterest
Twitter
Buy Links:
Amazon
Smashwords
Barnes and Noble
Kobo