Last week, the 25th of August, marked 100th birthday of the National Parks. I thought to celebrate I'd post some pictures of the Virgin Island National Park. Most of the *park* resides on the island of St. John which was established in 1956 when Laurence Rockefeller bought up about two thirds of the island and donated it to the National Park.

Annaberg, one of many sugar plantations on the island, was under cultivation by 1731. By the 1800 it was one of the largest sugar producers on the island. This picture was take some time after 1933.


The windmill was added sometime between 1820-1830.
Up to that point the horse mill was used to grind the cane.
You can see a part of it in the above picture to the far left, what looks like a curved wall. 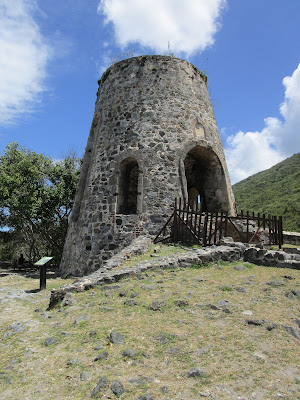 The factory building where the cane juice was boiled down to make sugar, molasses, and eventually rum. The wall to the right is part of the horse mill. 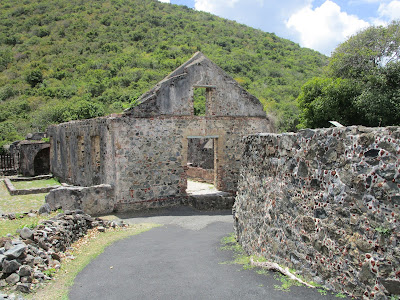 Boiling vats inside the factory building. Just one of the large iron pots remains in place, in the center of this picture. 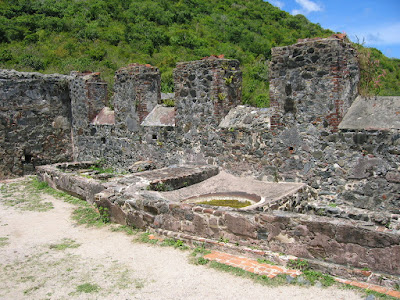 Looking through a window of the factory building at the windmill. 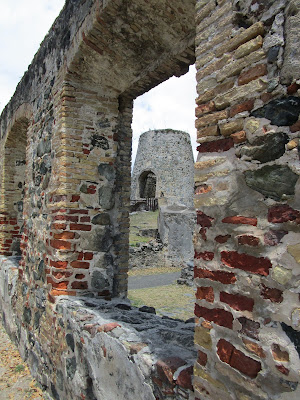 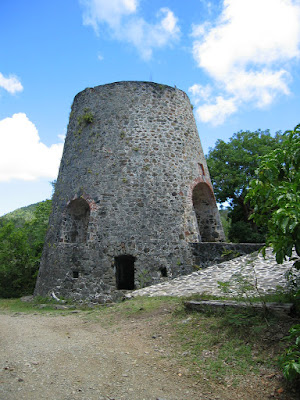 It is the only windmill on the island you can walk under. 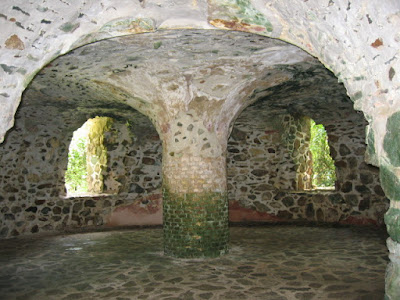 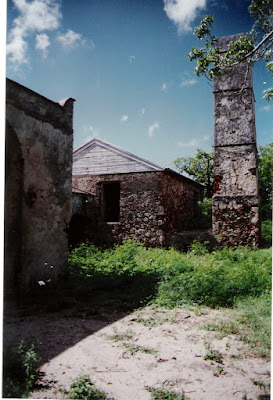 It was one of two factories that used a steam engine for grinding cane. 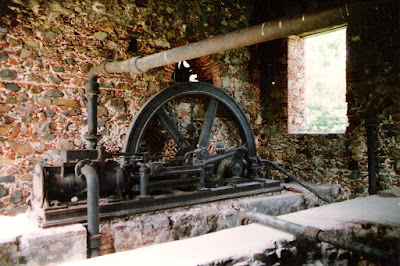 Above Reef Bay on a gut (a water course that runs after it rains) there is a waterfall with pools. The pools have water in them most of the year. Carved into the rocks above one of the pools are these petrogylphs believed to have been put there by the Taino (Arawak) Indians, the first inhabitants of the St. John. There is evidence people lived on the island as early as 1st century AD. They were gone long before Columbus arrived in 1493.

Cinnamon Bay, taken from the sea, and home of the National Park campground.
The building on the beach is an old Danish warehouse 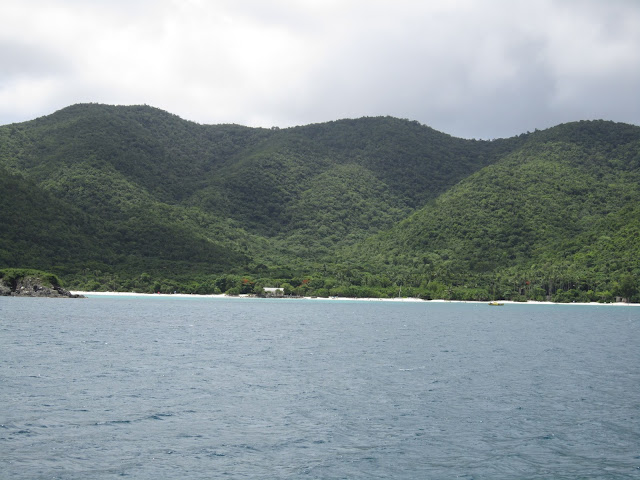 Trunk Bay, is one of the most photographed beaches in the world. I've posted about it many times. This is the beach my grandparents bought in 1928, and where my grandmother had her first guesthouse. It's where I learned to swim. Now part of the National Park, it's a favorite place for visitors to come. There's even an underwater snorkeling trail that follows part of the shoreline of Trunk Cay. (The island to the far left is Jost Van Dyke, a British island. Dead center is Whistling Cay. Behind it is Thatch Cay. Thatch Cay is also British. The point of land to the right of Whistling Cay is Mary Point, which forms part of Maho Bay.) 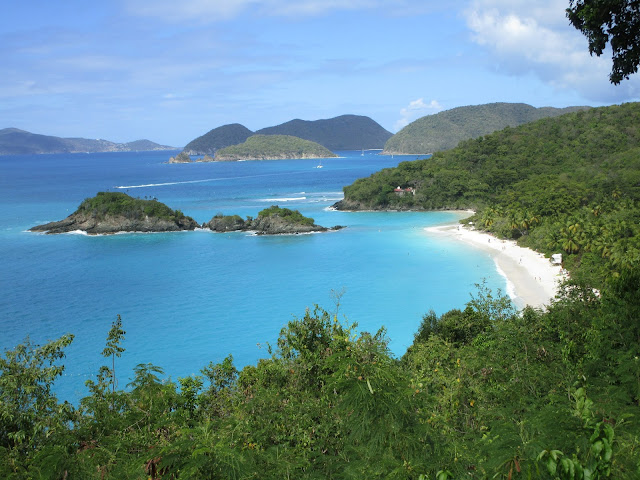 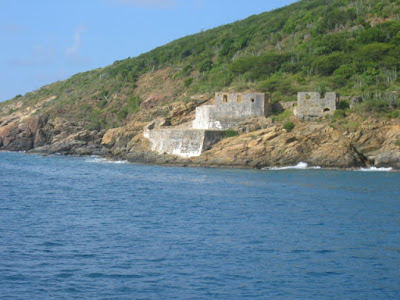 In 1671 Denmark successfully colonized St. Thomas and by 1680 the port of Charlotte Amalie was a thriving free trade hub. During the American Revolution, powder, arms, and shot were sent to the Continental Army by way of St. Thomas.

To protect the harbor, Prince Frederik's Battery was built in 1788. It sits right at the entrance to the harbor. During the Napoleonic Wars, Denmark was friends with the "Little General." St. Thomas was such an important port that the British occupied Hassel Island, once between 1801-02 and again between 1806-15. Both times they expanded or build new batteries and forts. During the British occupation, Prince Frederik's Battery, acquired its present name, Fort Willoughby. 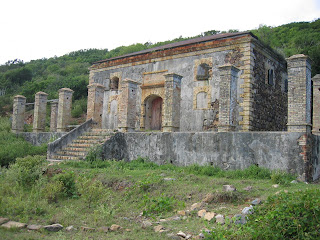 The British built the Garrison House which was also used for storing munitions. It's construction is unique, and as far as I know, the only one like it in the world. 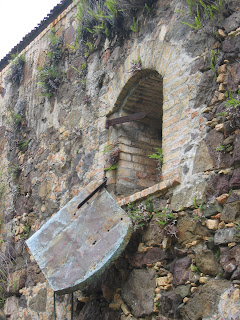 It's the only building in the islands that has wooden windows  covered in copper.


Fort Christianvaern, St. Croix. Christiansted, where this fort is, was established in 1735 and became the capital of the Danish Virgin Islands in 1755. 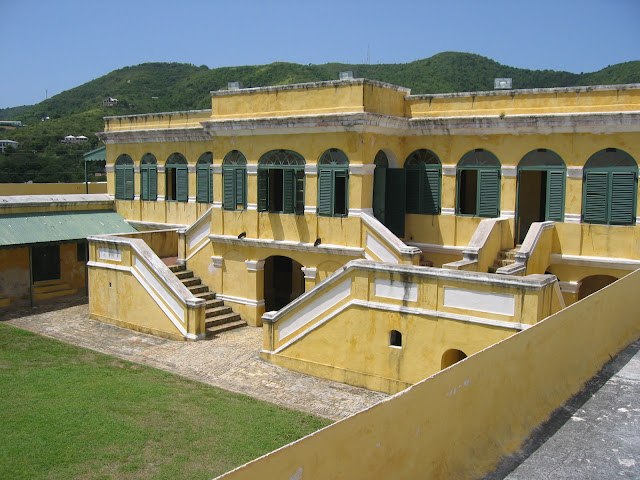 I hope you've enjoyed this brief tour of the Virgin Islands National Park. If you can't visit this one, do take  take the time to visit a park near you. We are blessed to have these lands set aside for us in perpetuity.

There may be others...

What are you thankful for today? Have you been to any parks or monuments? Do tell!