Pictures of The Netherlands, Part One

It's Patriot Day and remembering those who perished on 9/11 is important.
A moment of silence would be most appropriate right now.

So, did you figure out where I've been?

If you guessed The Netherlands, you'd be right! Below are just a few of the fabulous things I saw, places I went, things I did. 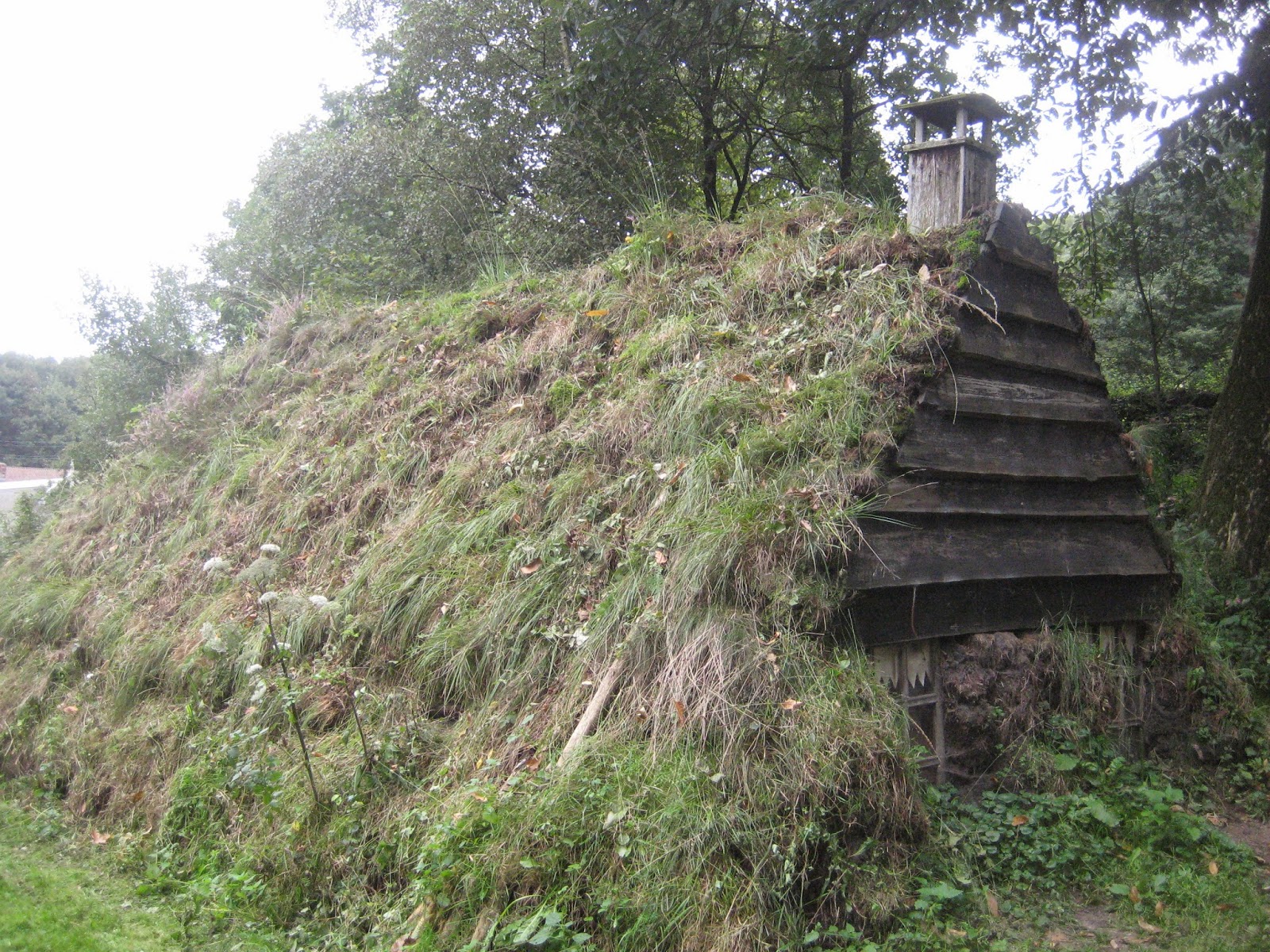 The Openair Museum:  Opened in 1918, here the Dutch have brought together historically significant windmills and buildings that were going to be lost, either through demolition or decay. Each structure was carefully dismantled and rebuilt on the site. The buildings trace the history of the Dutch and how they lived, from the poorest of sod homes, above, to a more elegant house below which sports a tile and thatch roof combo, 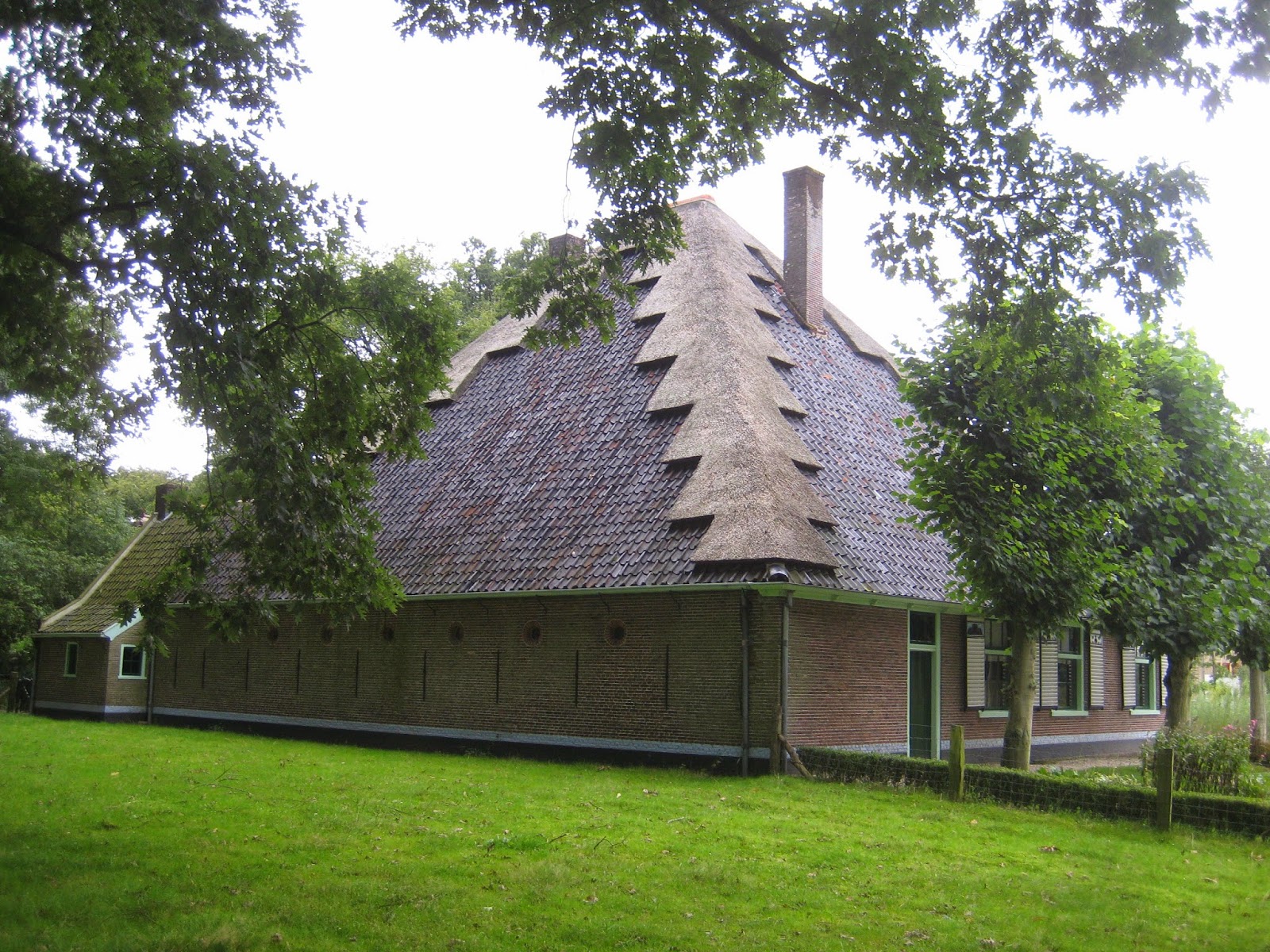 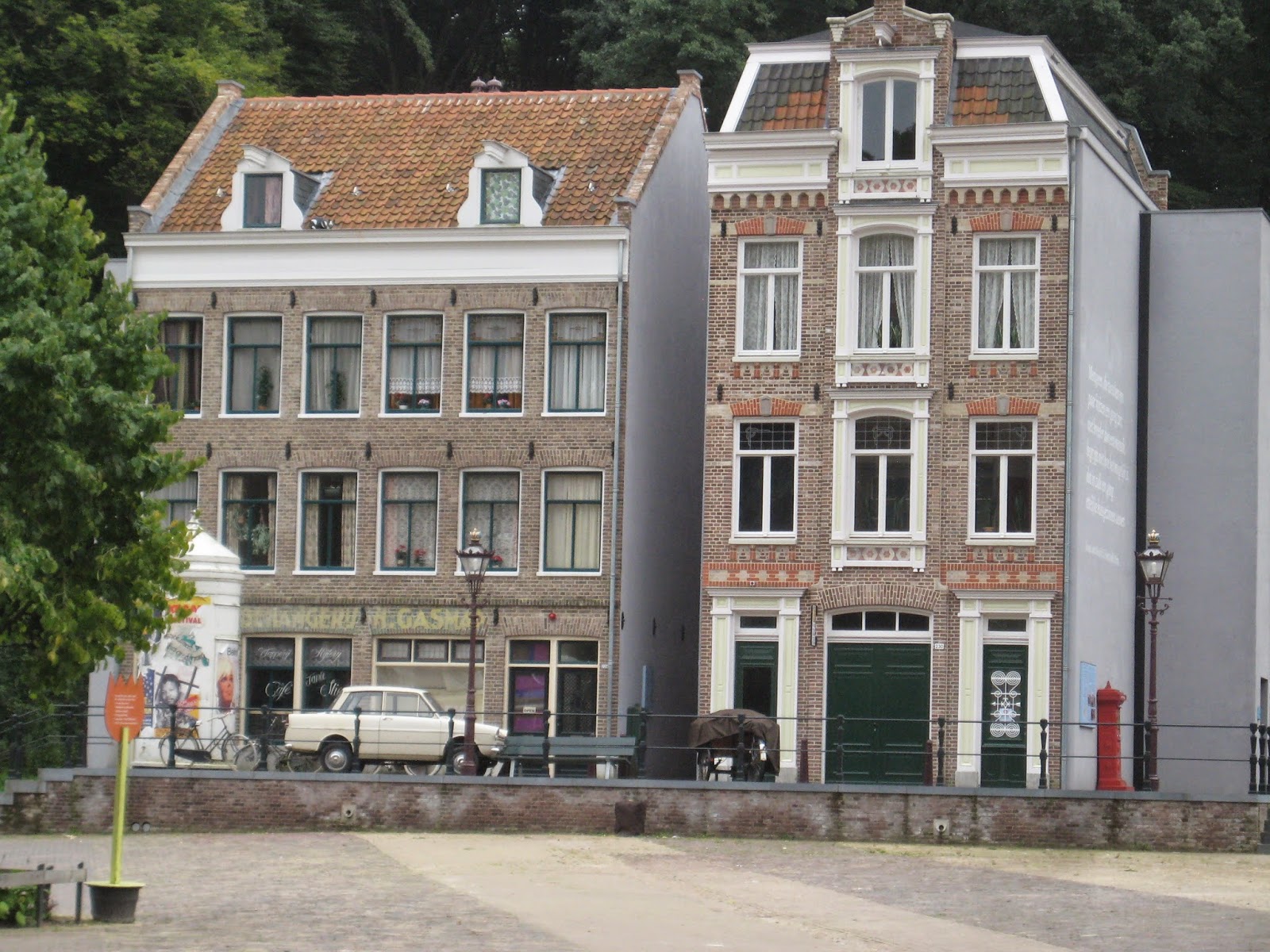 to the fine examples of typical Amsterdam homes on the right.

During World War II the museum was used by Dutch refugees and The Resistance. But eventually the Germans did evacuate it and destroyed several buildings which have since been lovingly restored.

Of course there are plenty of windmills, all capable of being operated. 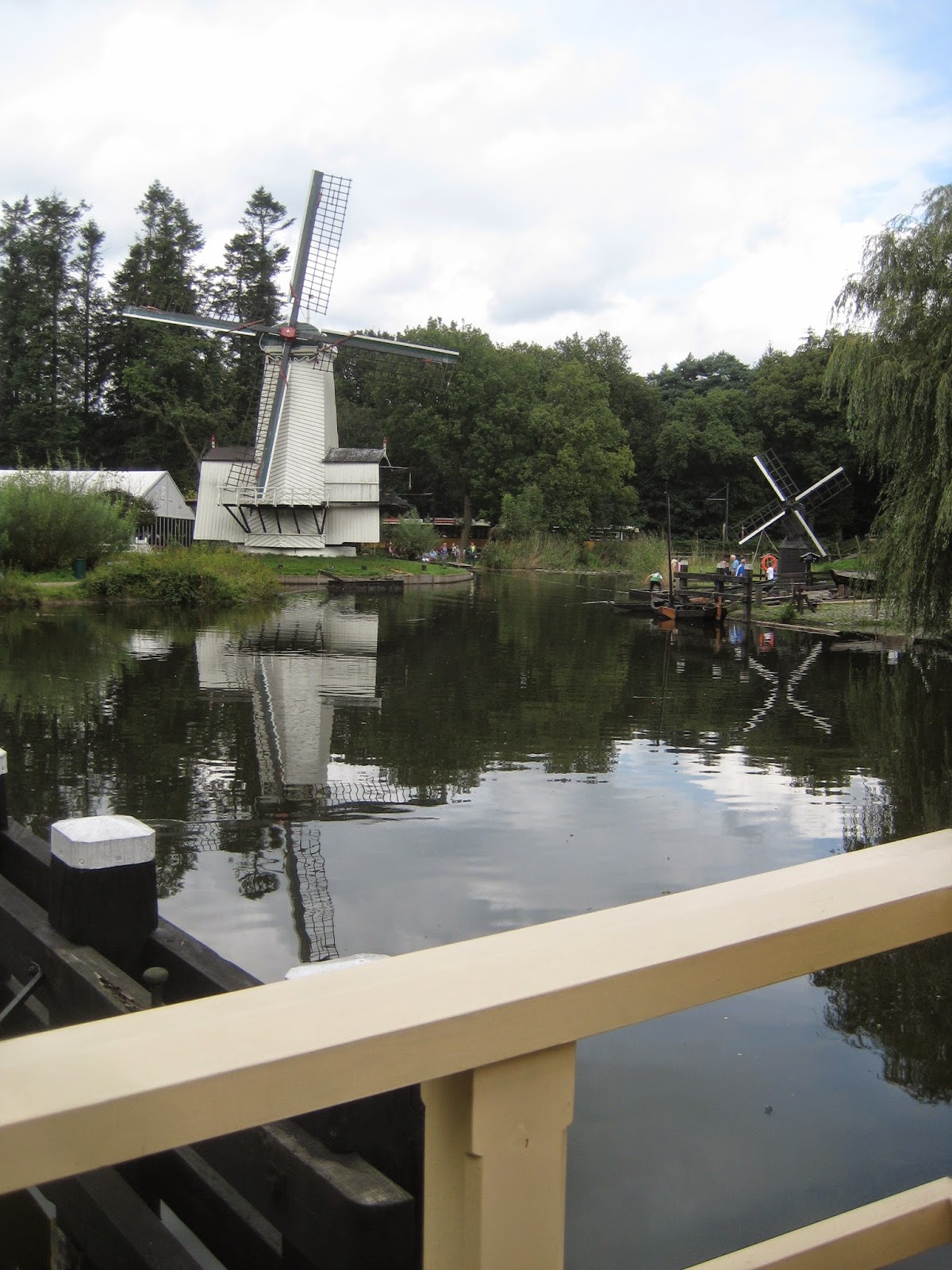 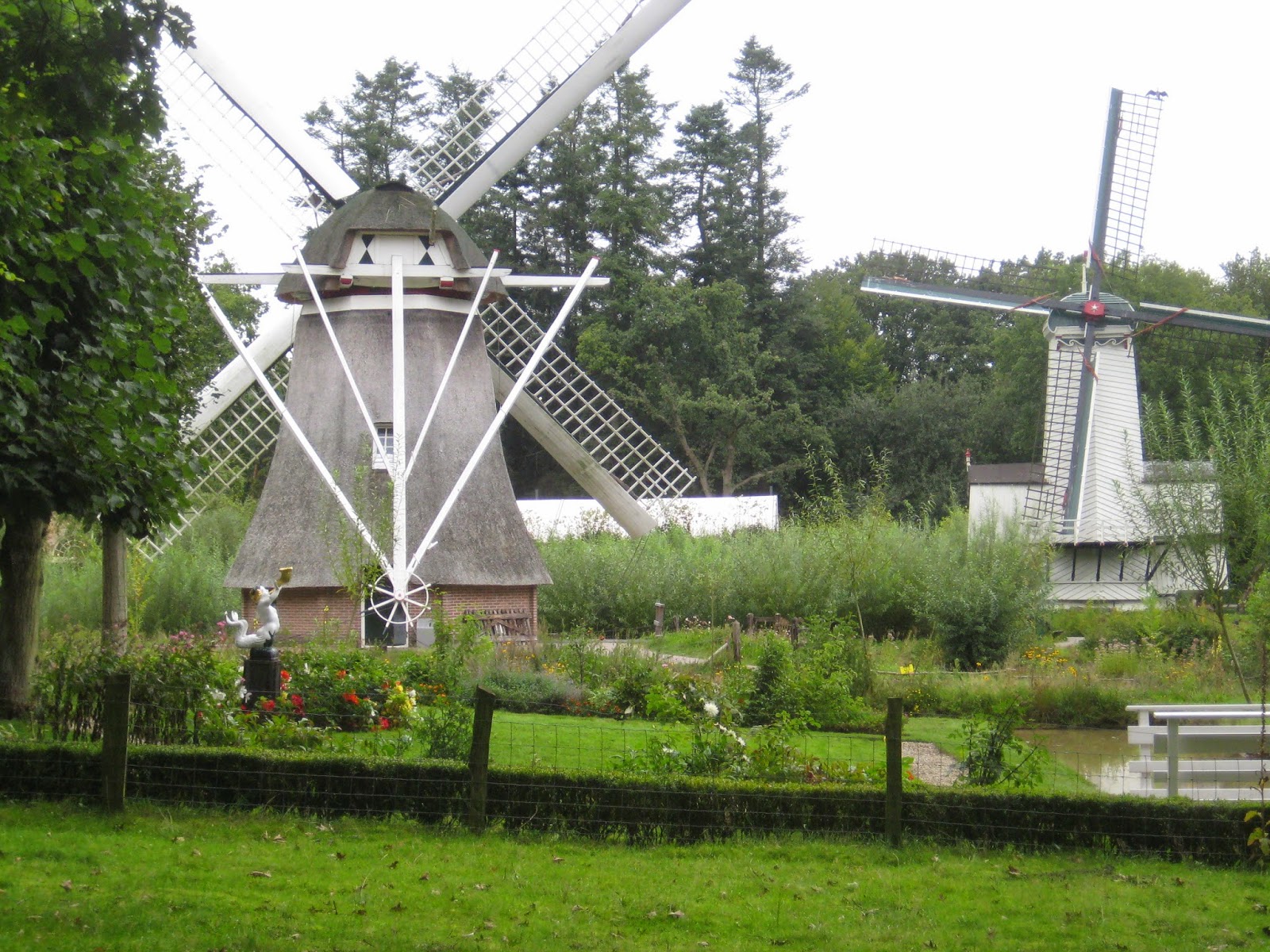 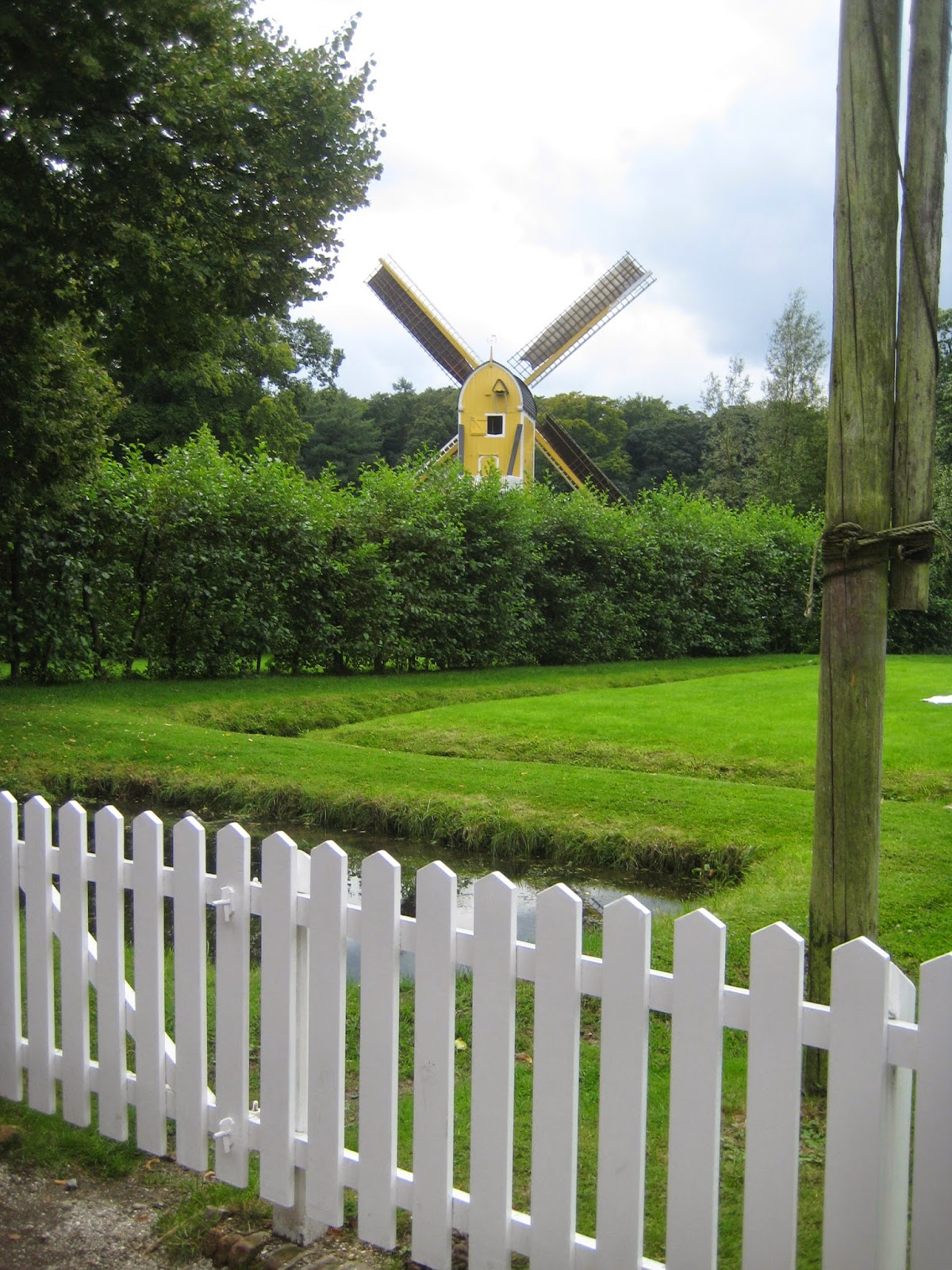 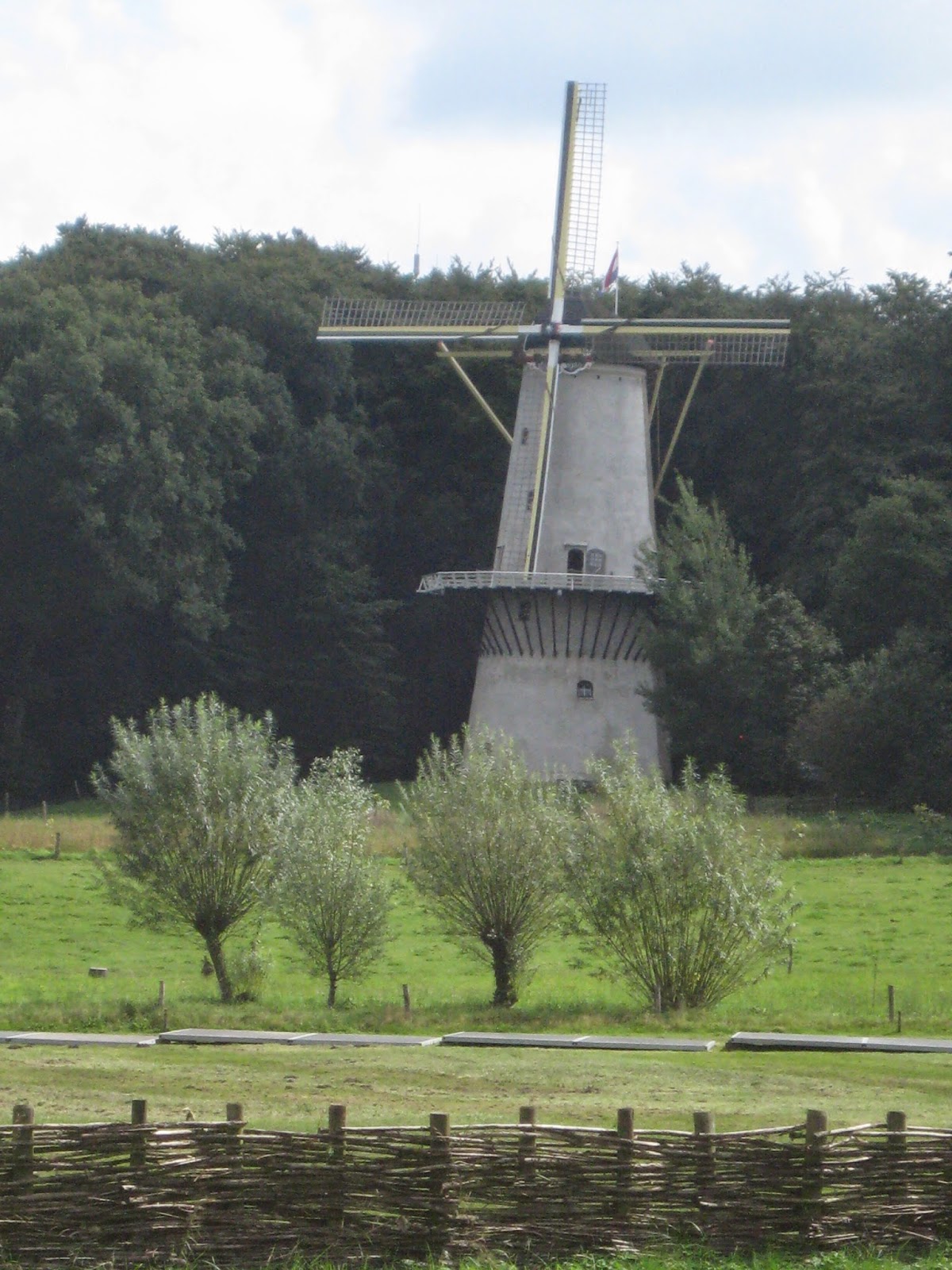 This one, on the left, is still used to show how grain is ground. They also demonstrate smithing, paper making and printing, and cheese making, to name a few.

As with every place you go in the Netherlands, this museum is also a working farm with gardens, pigs, chickens, cows, sheep and other farm animals. 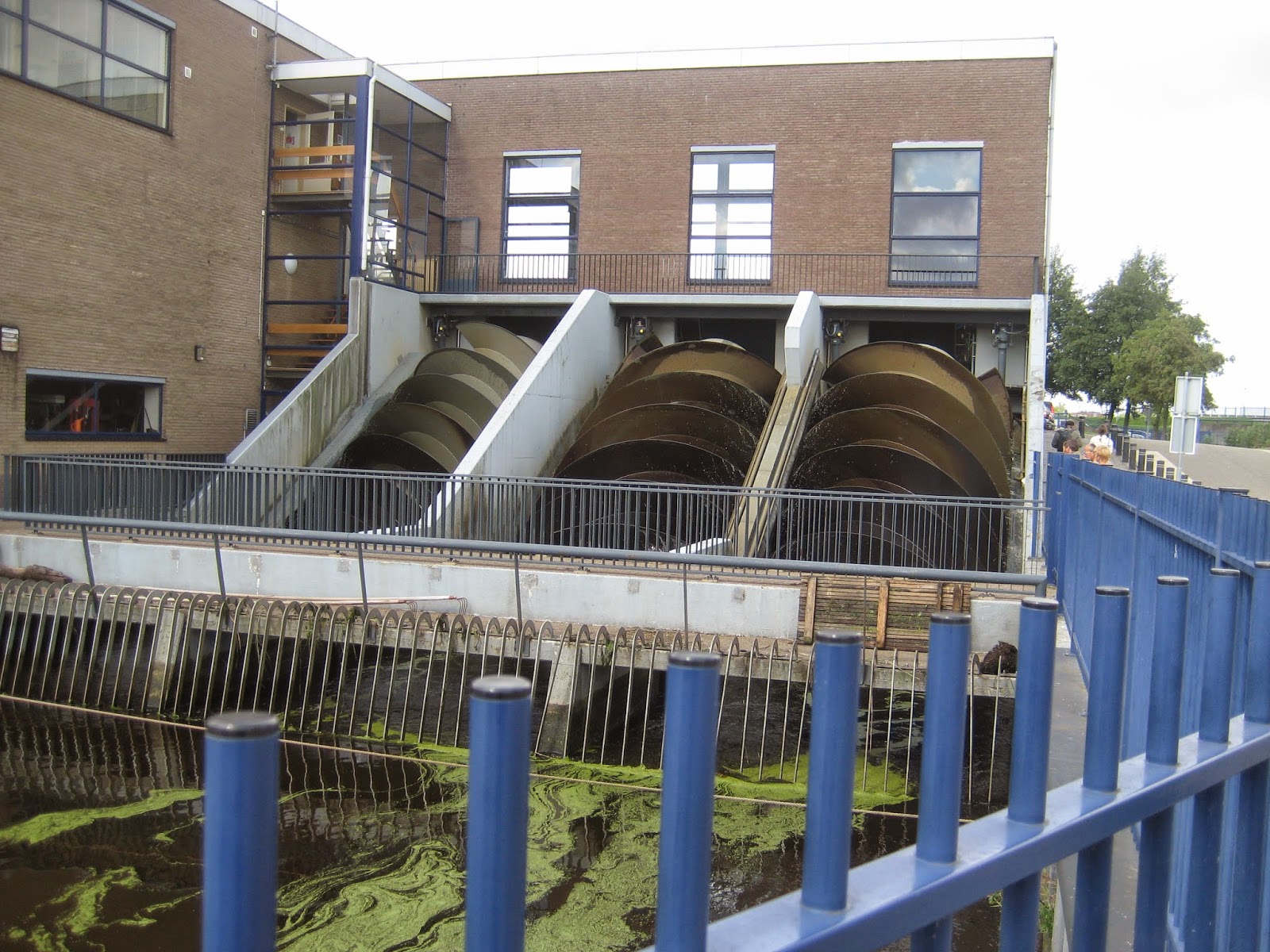 The Kinderdijk (Child Dike or Child's Dike, "ij" is pronounced as a long i) is a UNESCO World Heritage Site. Here are somewhere between 17 and 19 working water pumping mills, the first line of defense against rising water. All of the mills are tested at least once a year to make sure they are operational, though now three huge diesel engines turn three huge Archimedes screws instead. 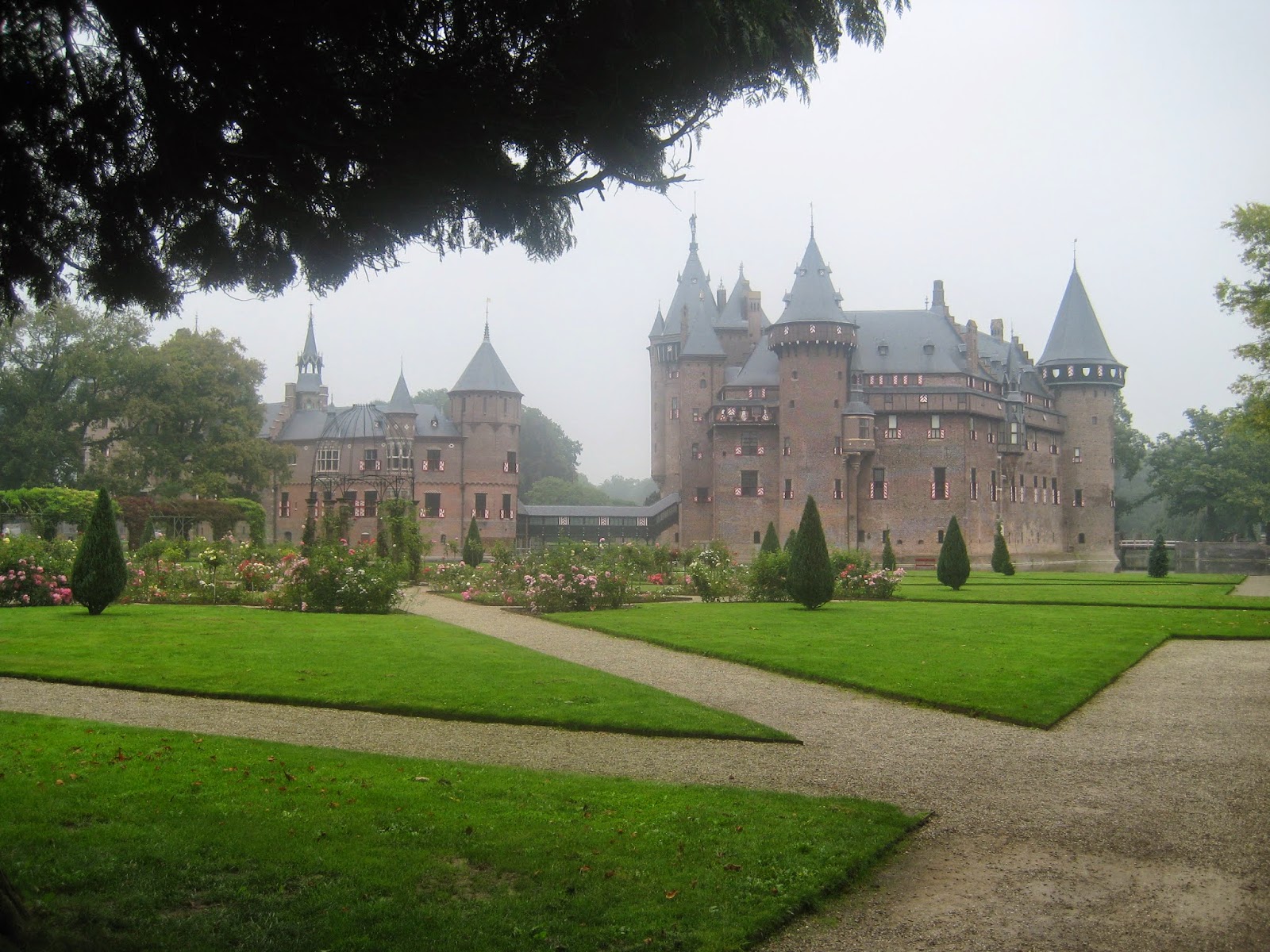 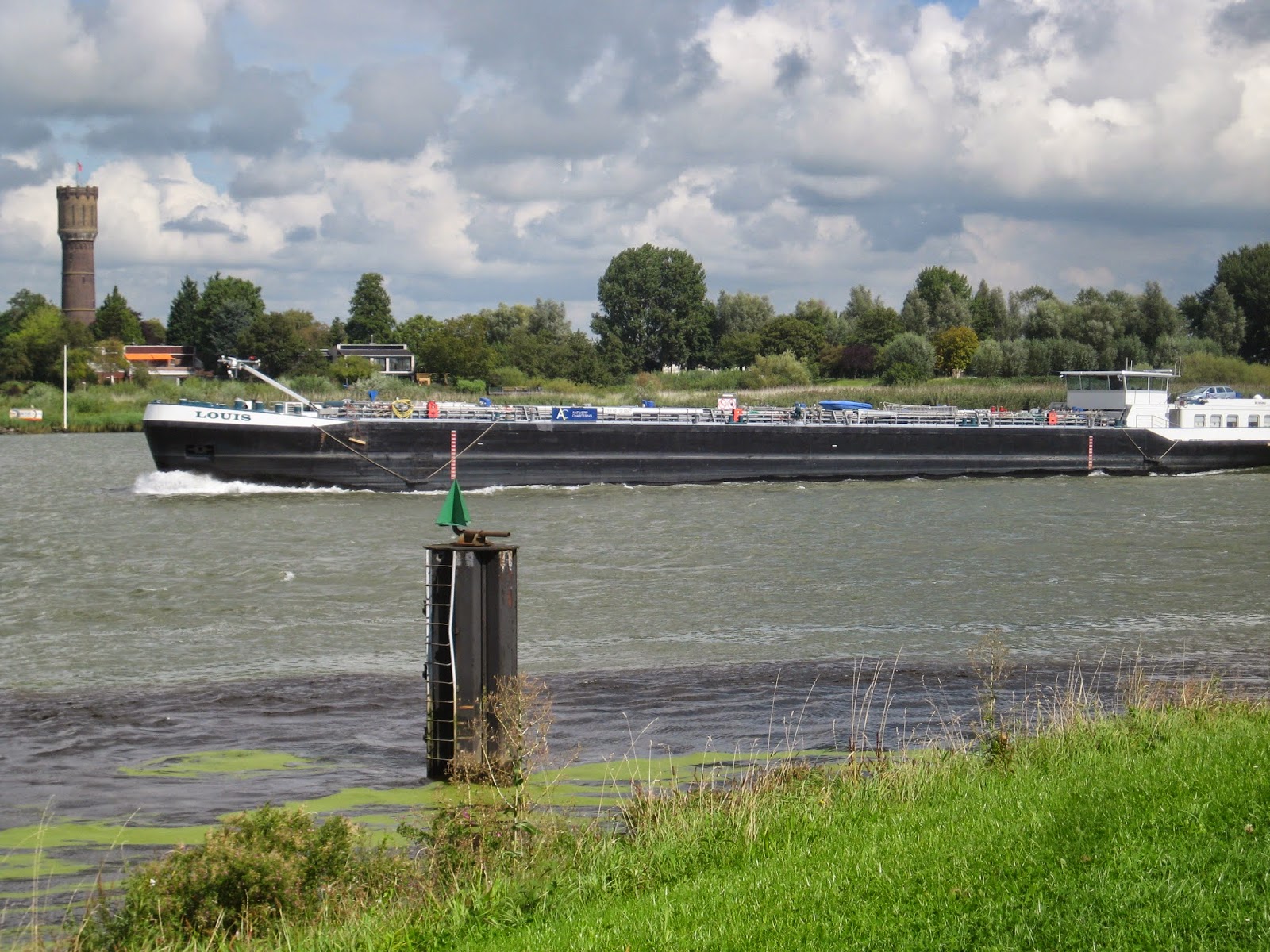 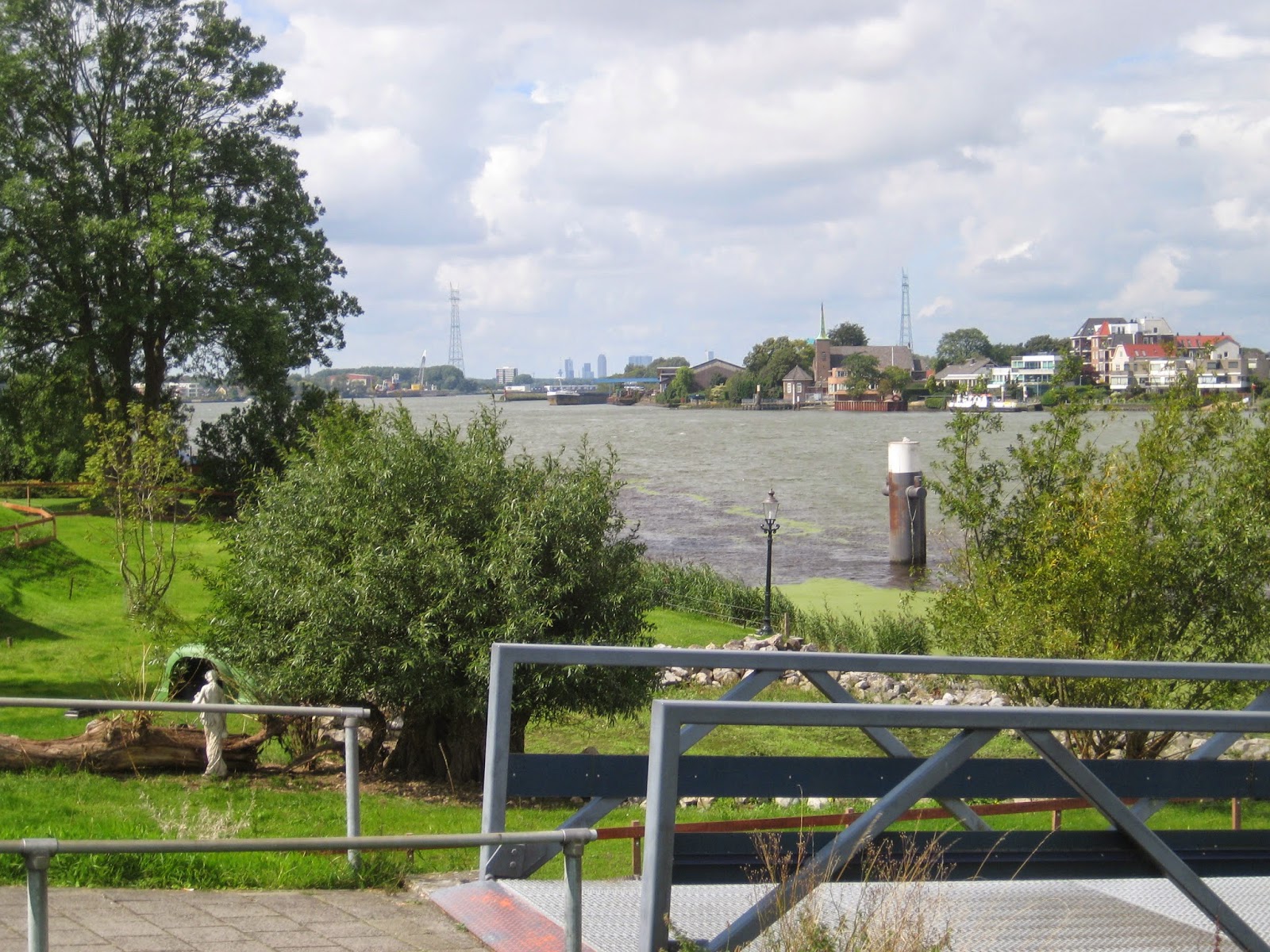 This particular area is the most trafficked stretch of river in the world.

Rotterdam, in the distance, is Europe's busiest port, and like The Hague (in Dutch Den Haag) was mostly destroyed during World War II. Out of the rubble new modern cities have emerged. 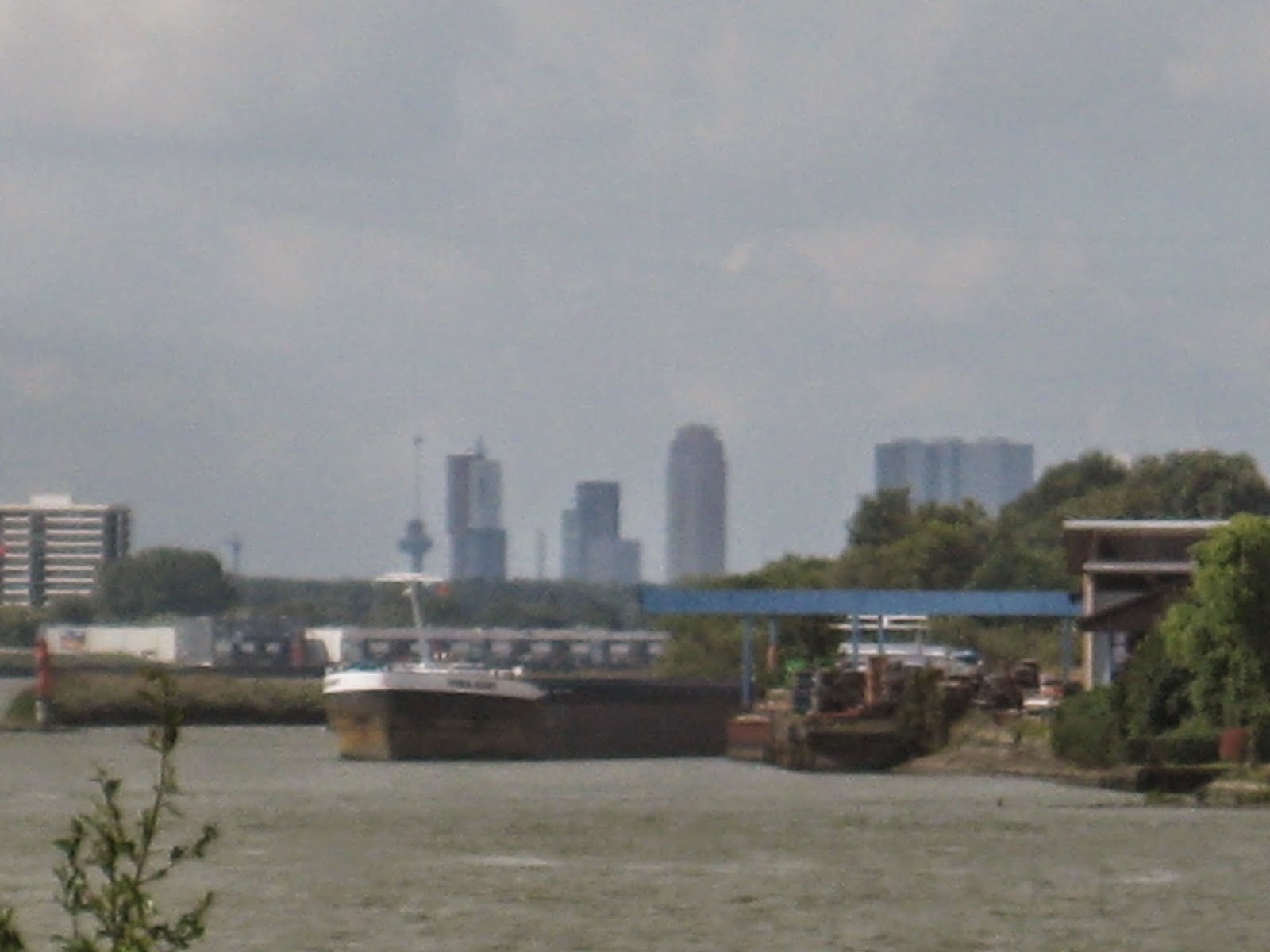 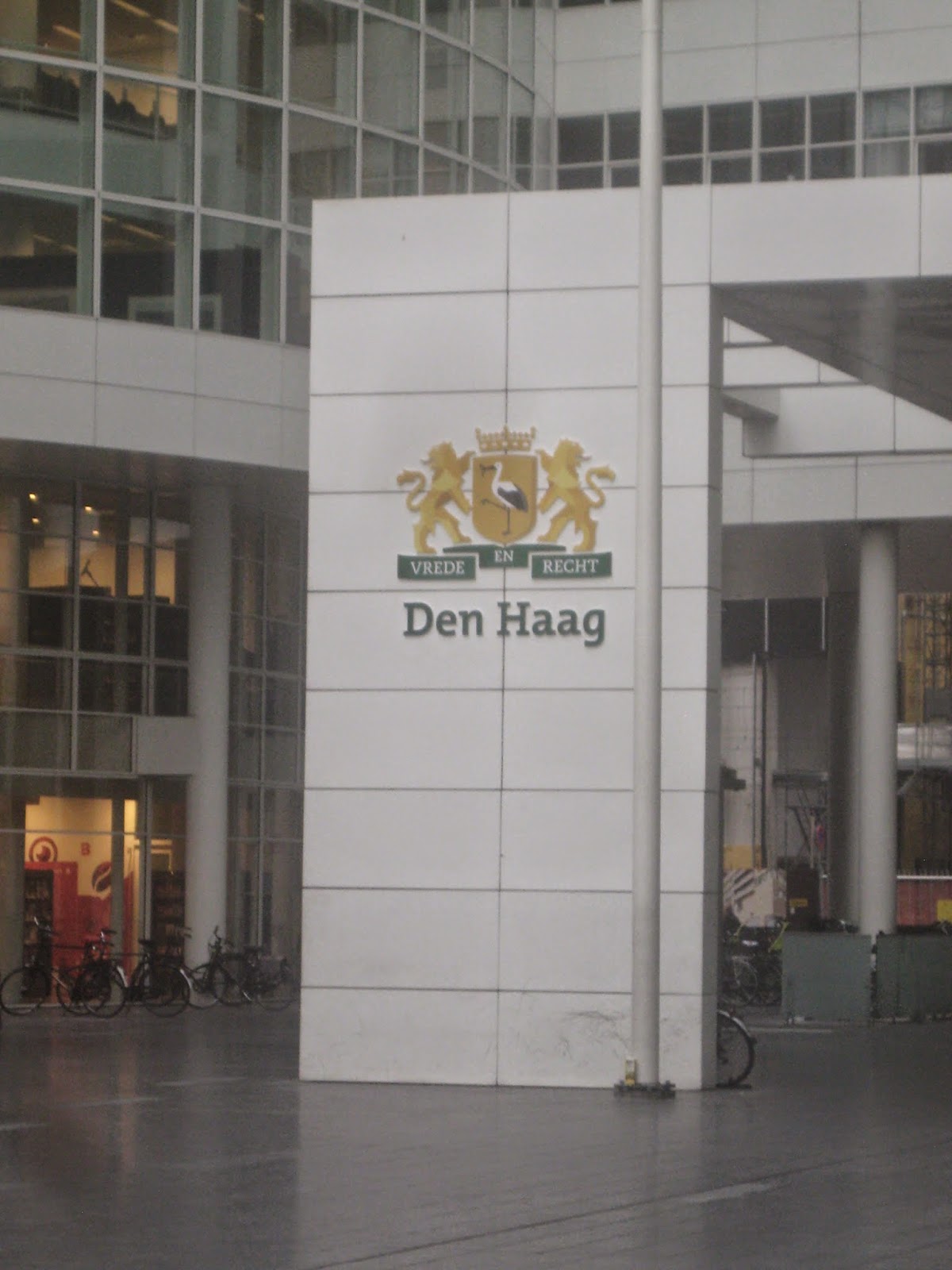 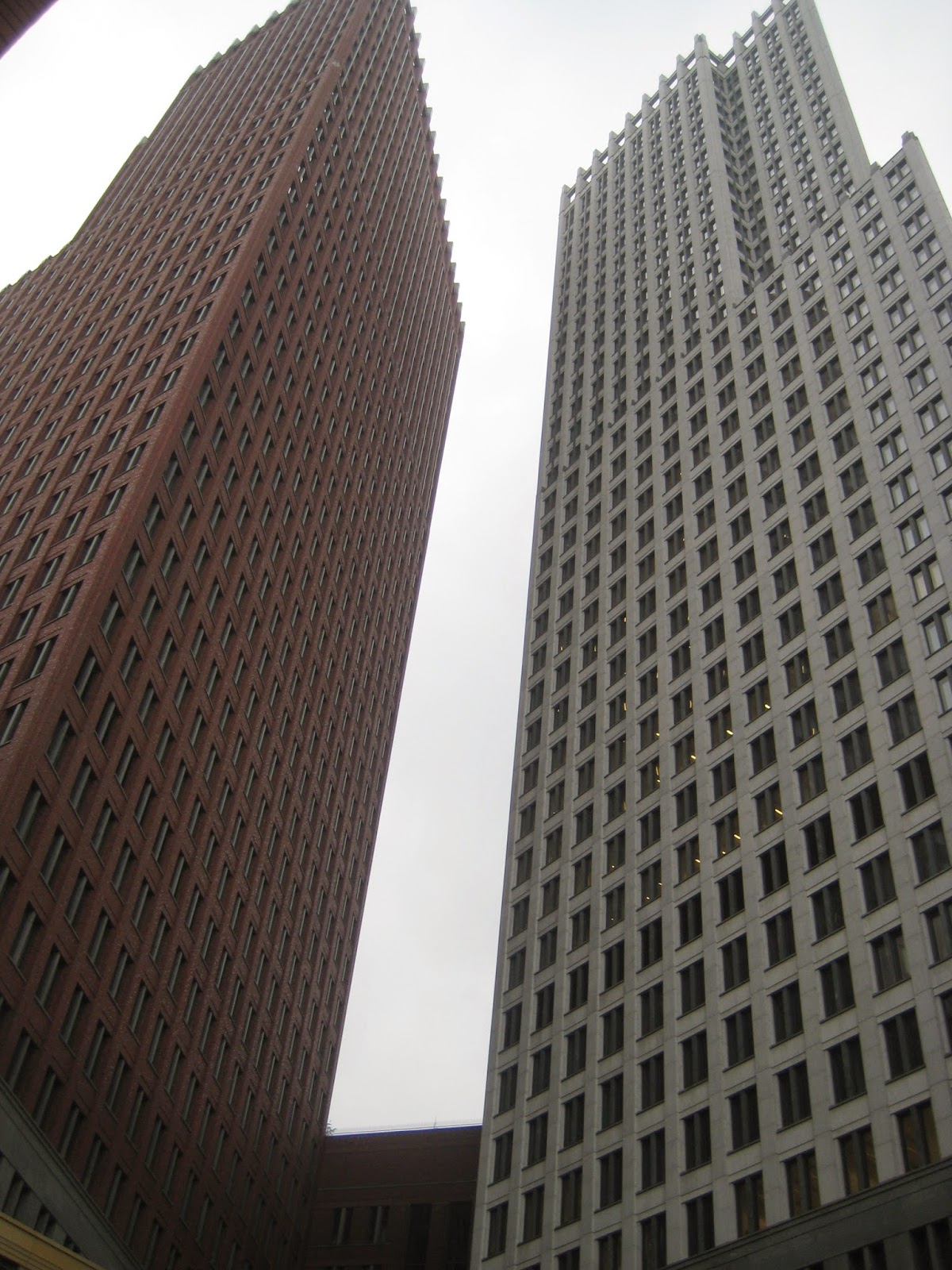 Come back Monday for pictures of Amsterdam, Leiden, and beautiful architecture!

Have you gone some place where you learned something completely new and different?
Posted by Bish Denham at 4:00 AM