Pictures from the Netherlands, Part Three

I've been very distracted lately and didn't get my usual Thursday post done one time!

Okay, a few of you said you'd be interested in seeing more of what I saw while I was in the Netherlands, so here we go.

The Netherlands is second in the world when it comes to food production. SECOND! Guess who's first. That's right, the United States. As one might suspect, the Dutch use every square inch of available land for farms and gardens. They have a very long history of growing things. So this post is going to be all about farms and gardens. 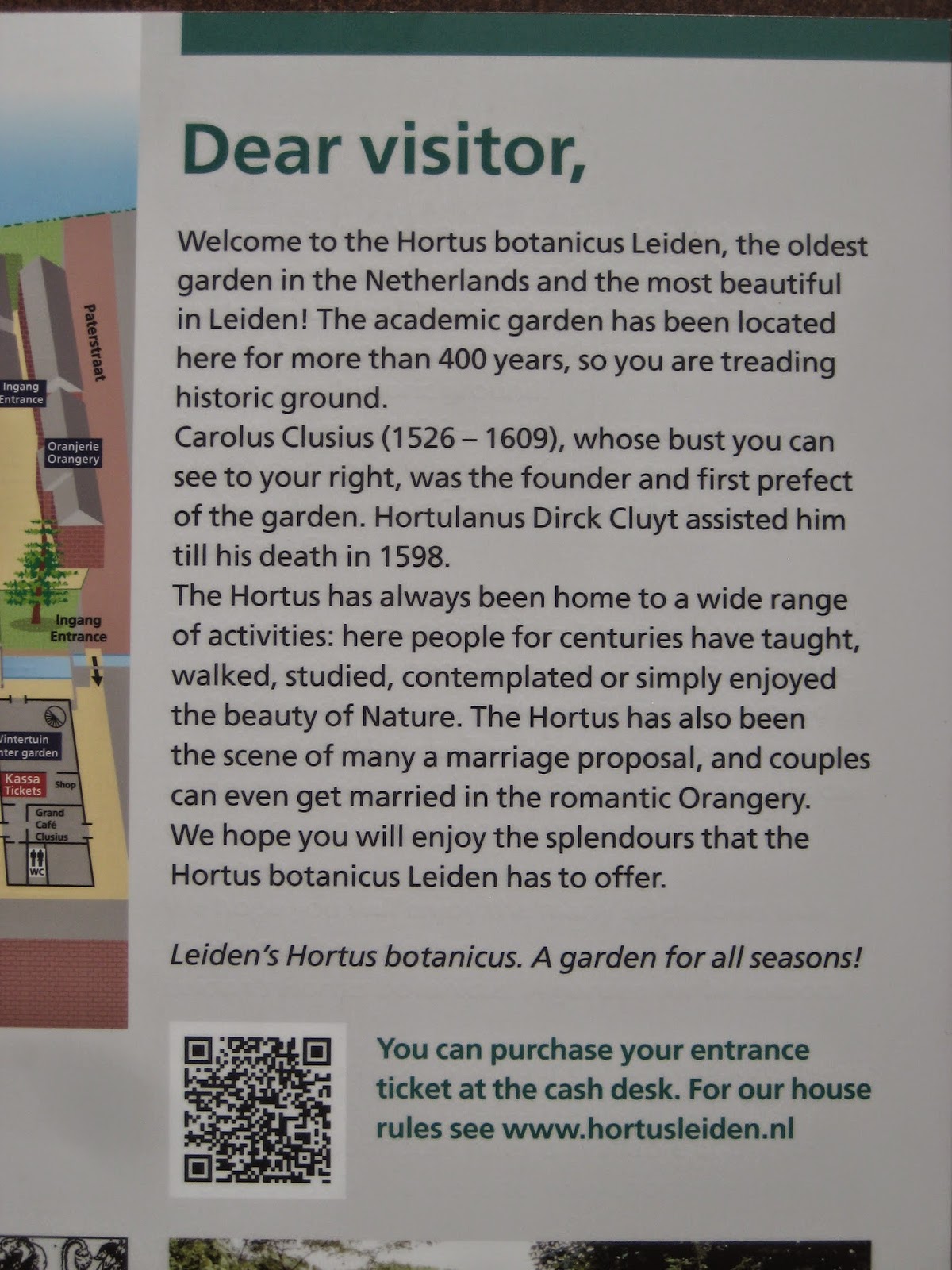 In Leiden, I was able to visit the oldest botanical garden in the country. At more than 400 years old, they have plants from everywhere. People come from all over the world to study and learn about plants. 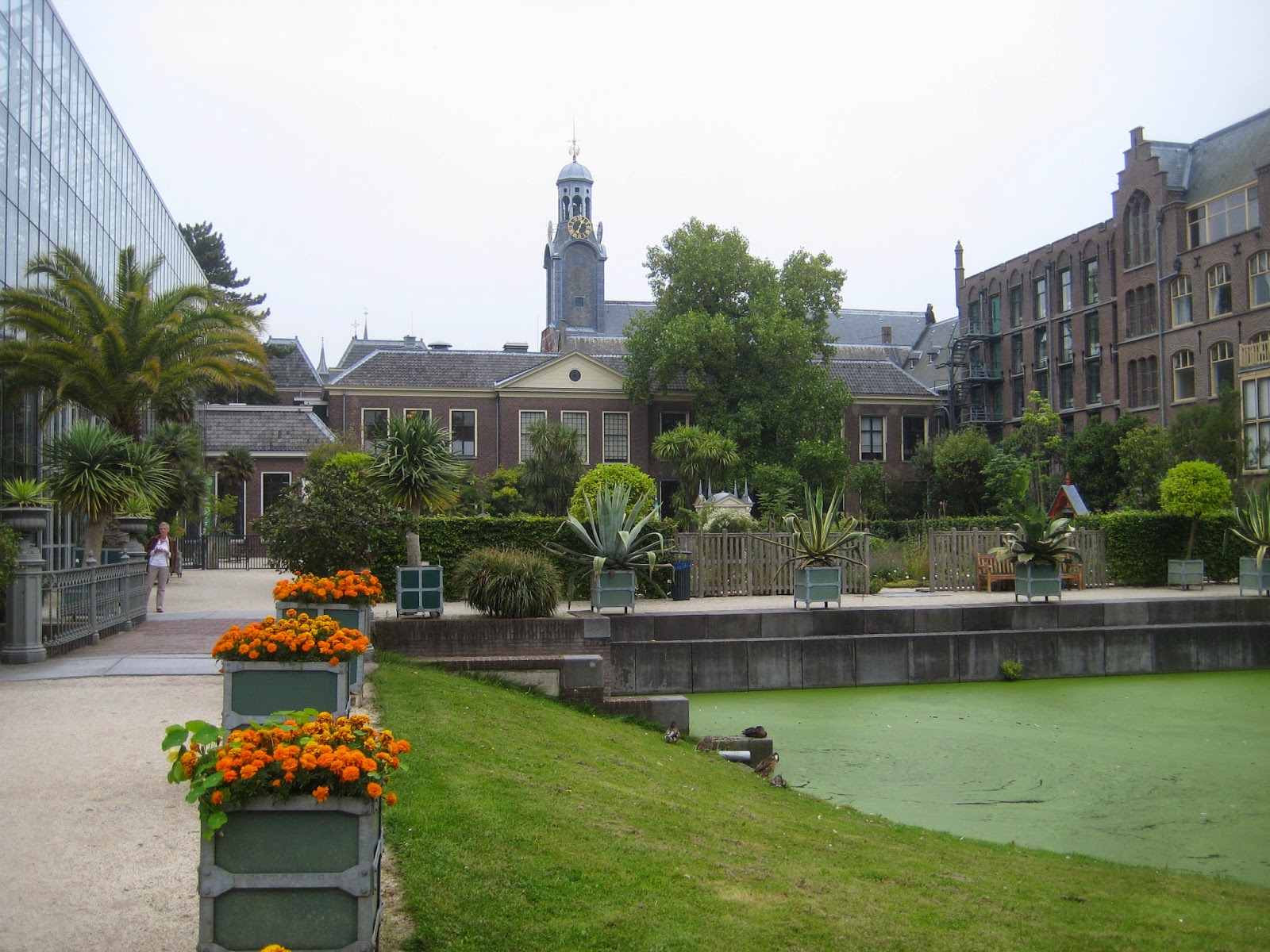 The buildings, on the right. 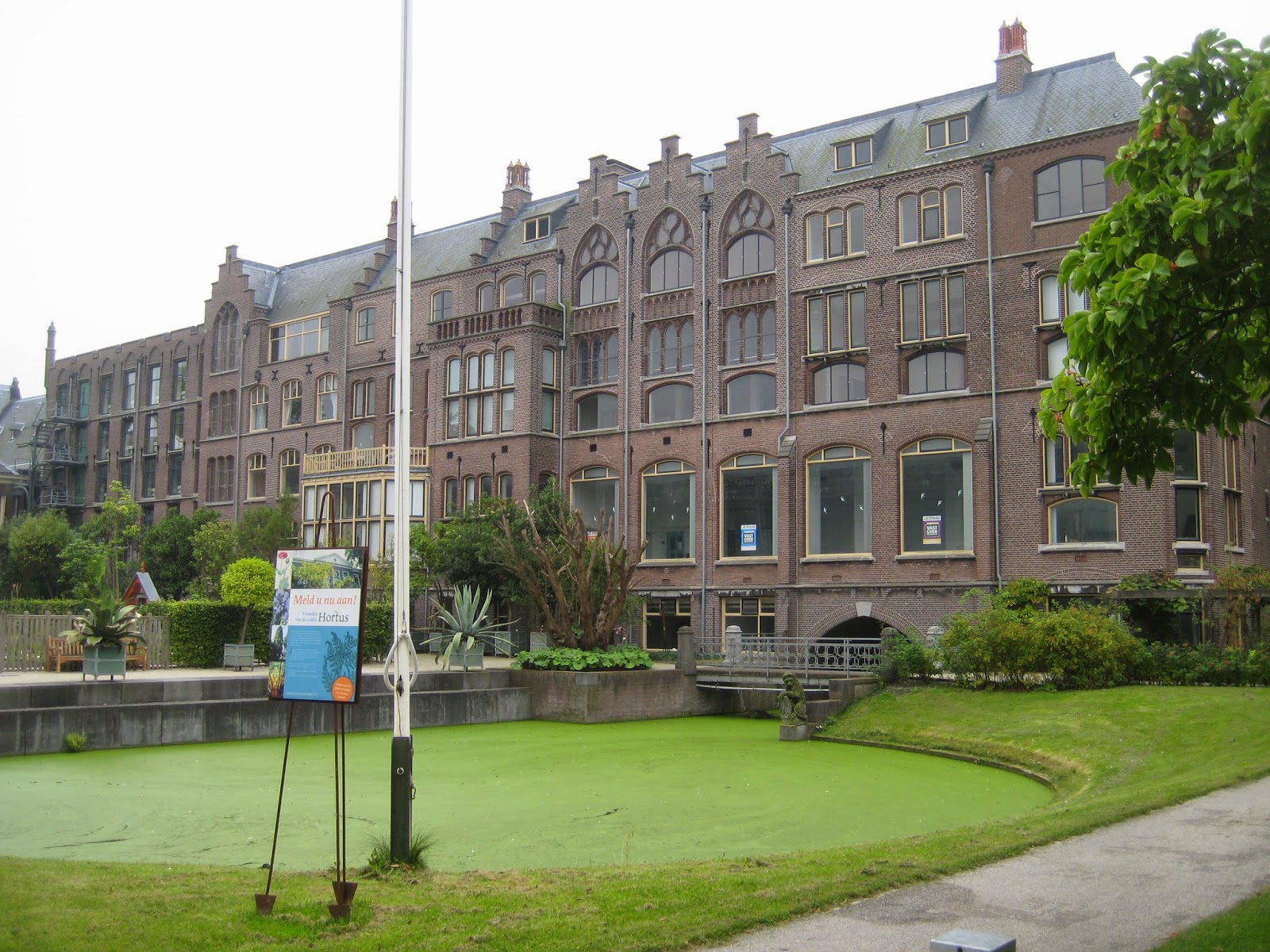 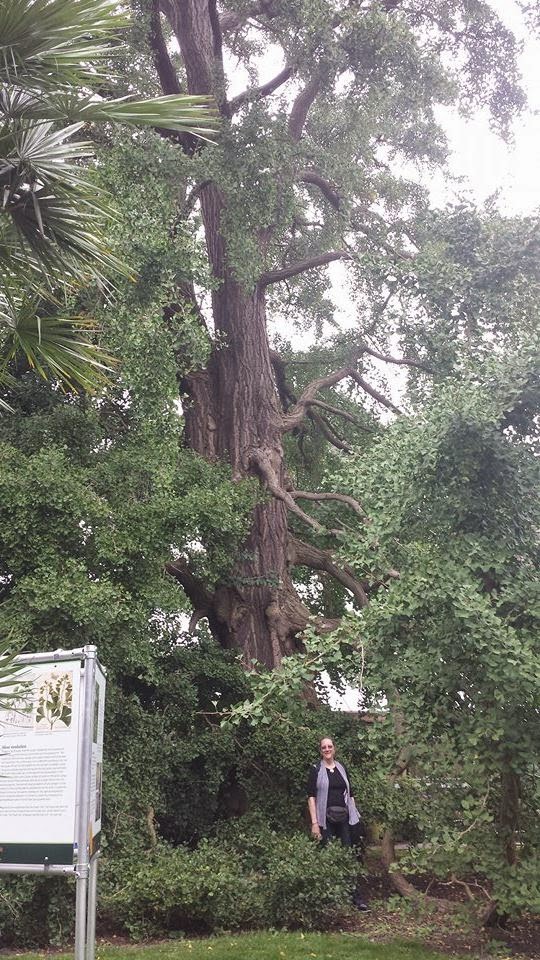 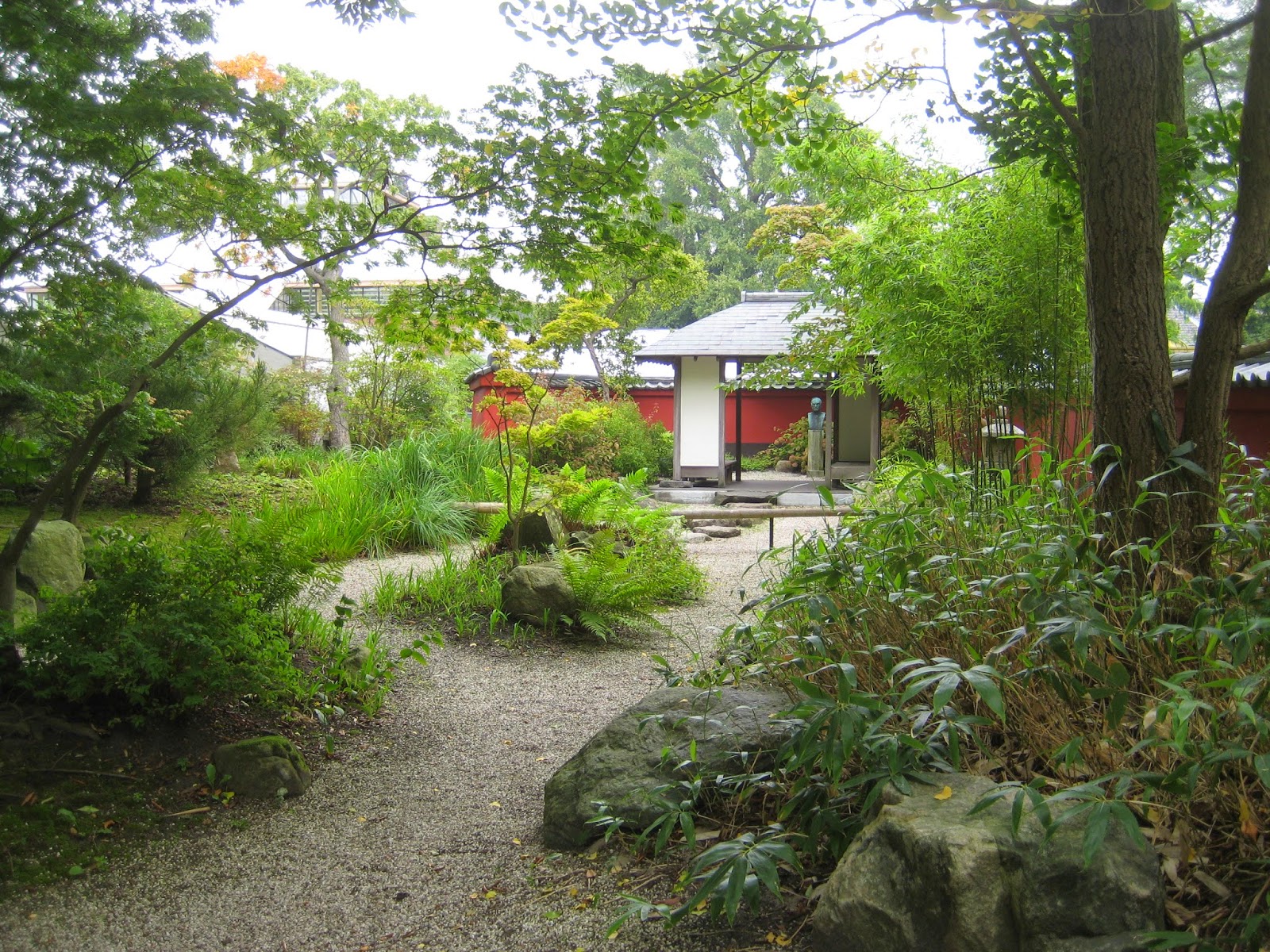 A lovely Japanese garden and
a rather large tree...


The farm directly across the street from where I was staying in Culemborg. 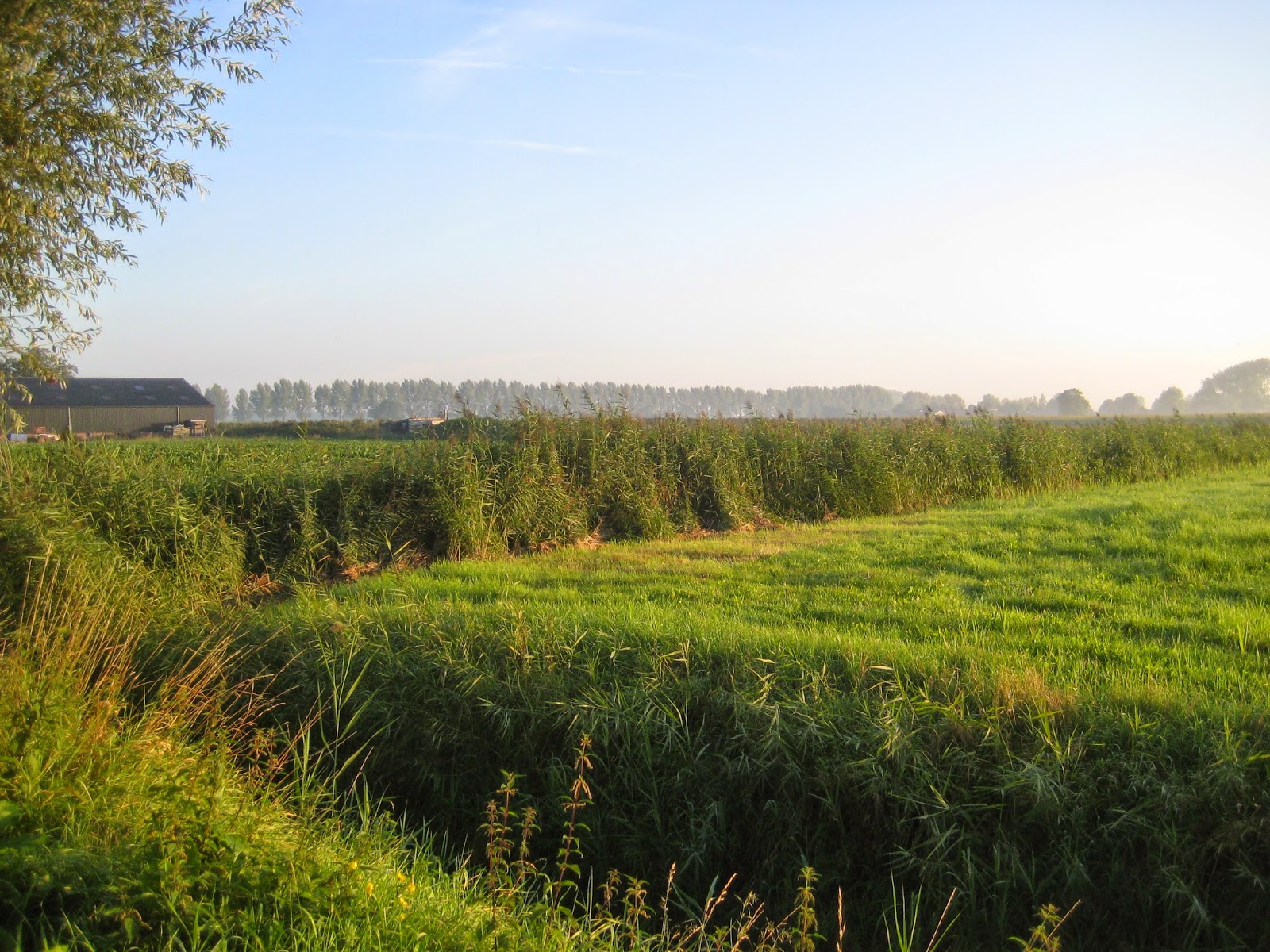 Garden plots along a ditch. People who live in an apartment or those who want a larger garden than a typical backyard, can rent - for very little - a small plot of ground and grow whatever they want. You can see these garden plots everywhere. The brick wall to the right is a thousands years old! 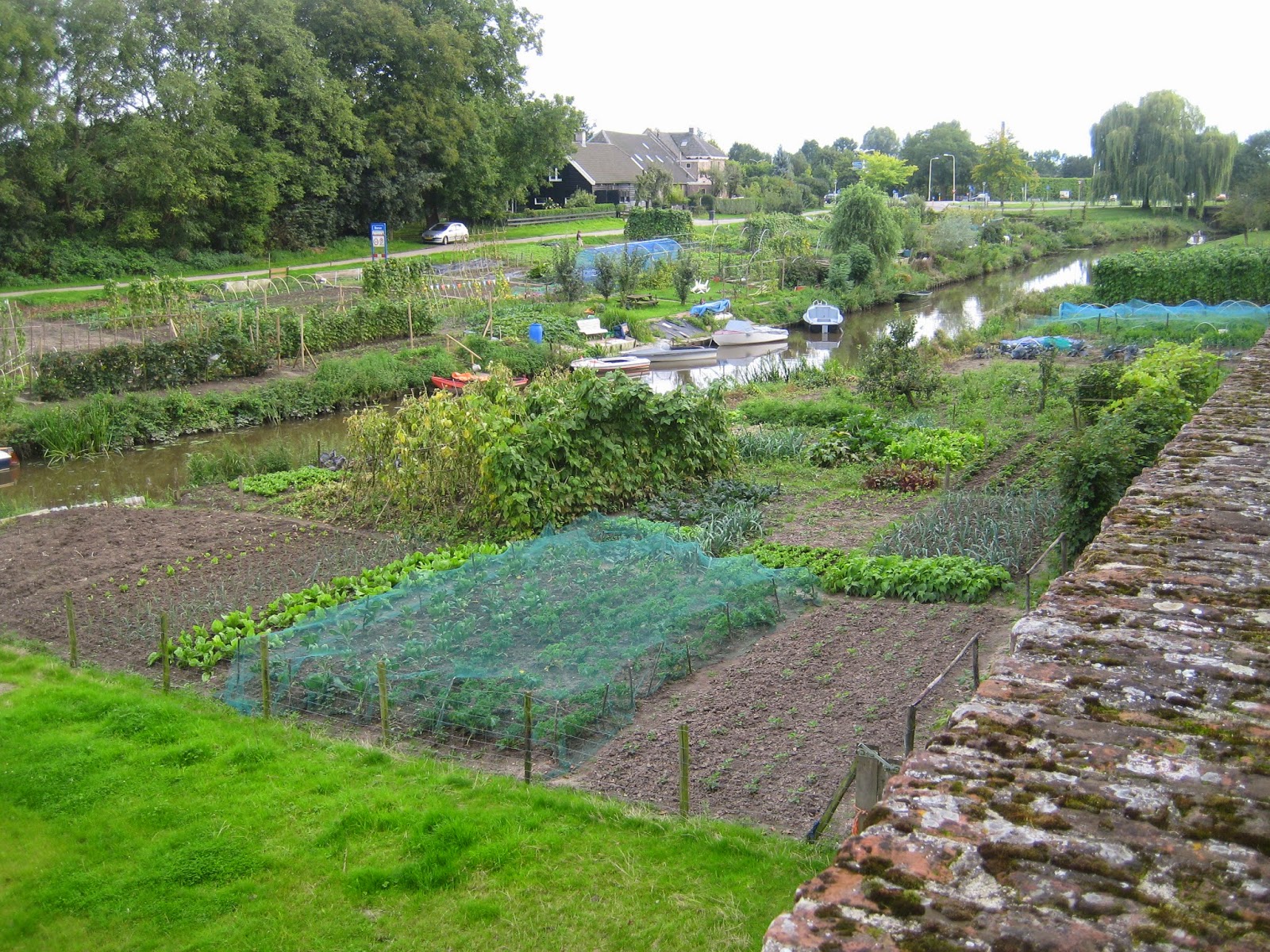 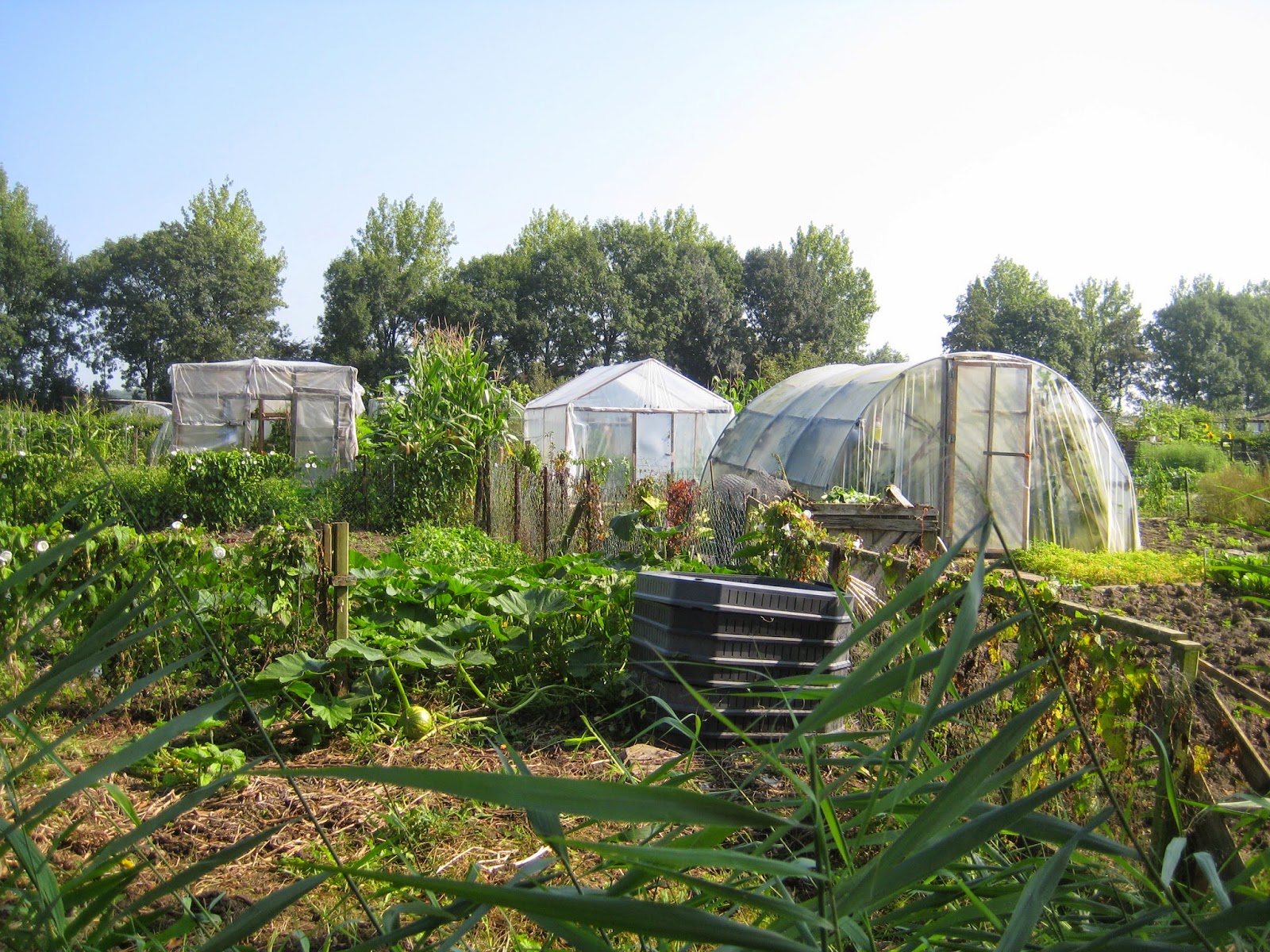 Typical backyard along a ditch. Note the clothes line.
Many, many people still hang out their clothes to dry. 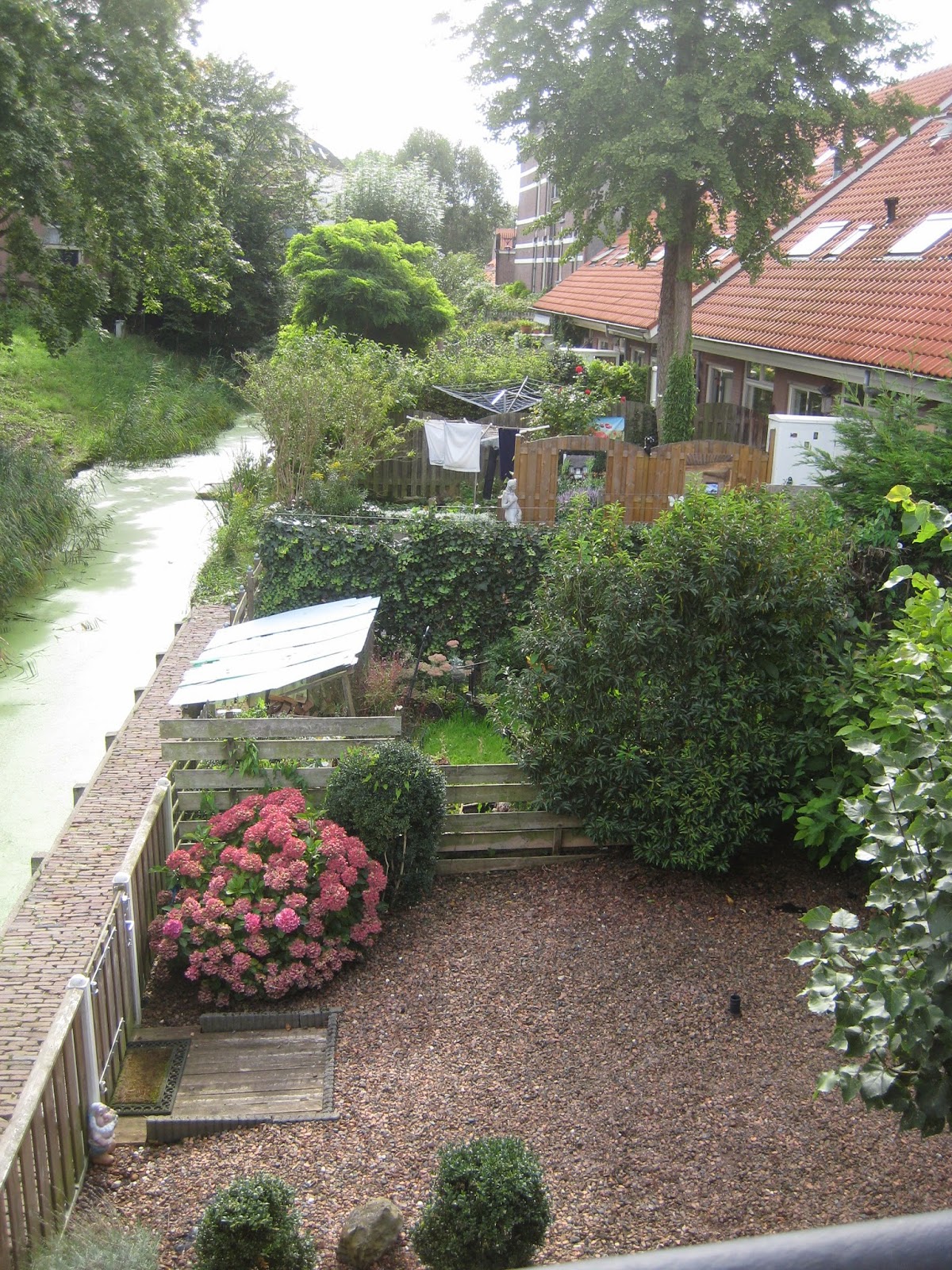 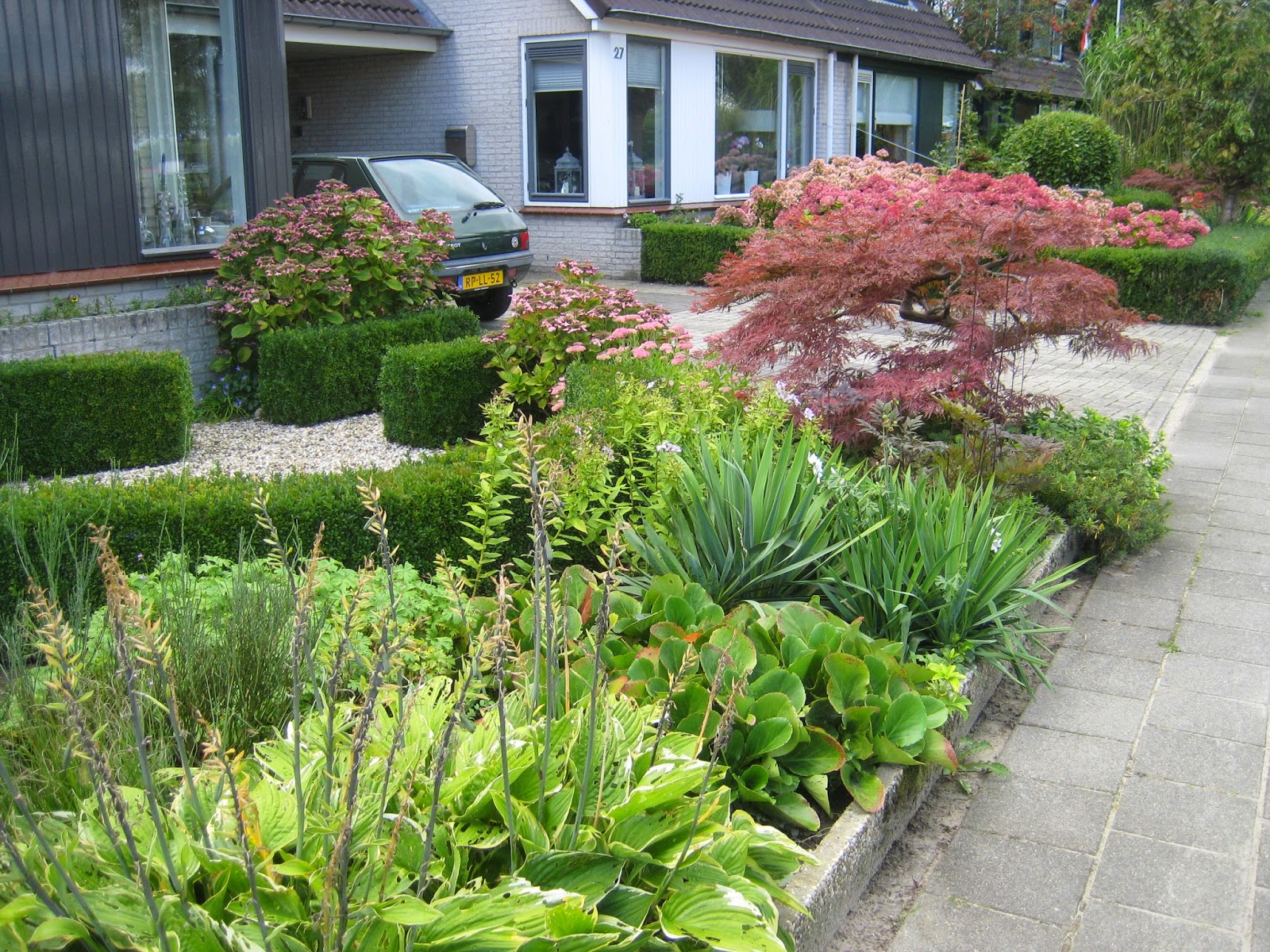 A larger home with gazebo. 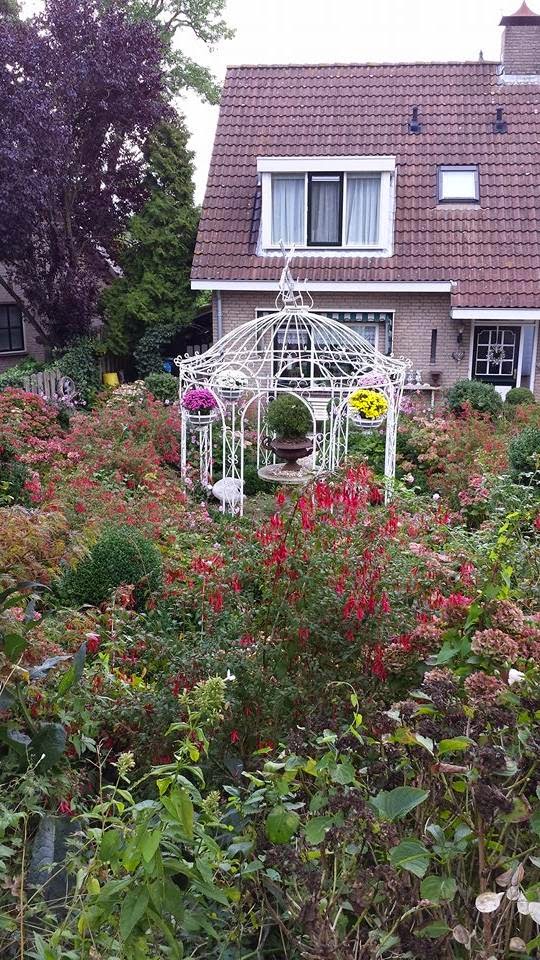 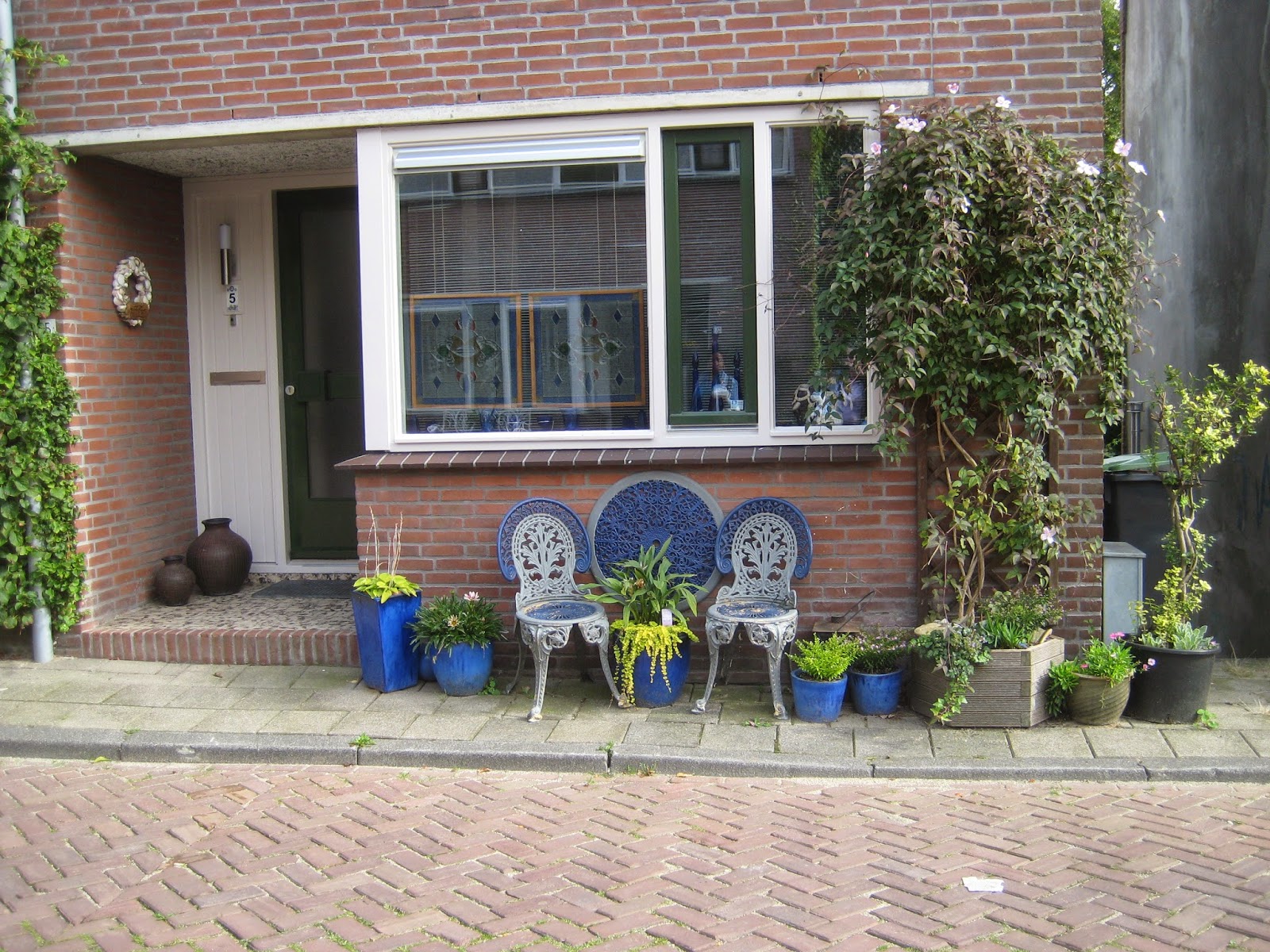 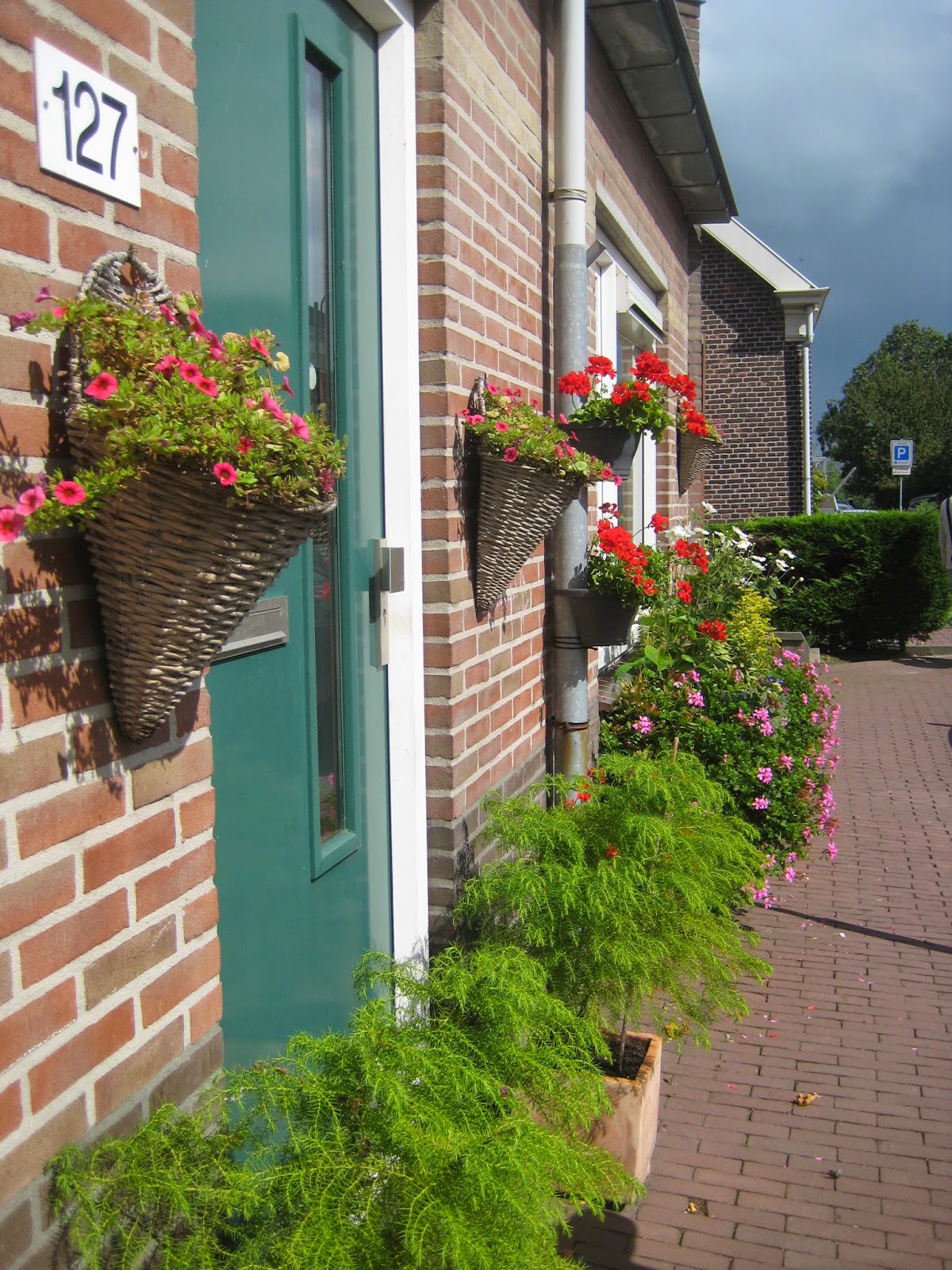 A park in Culemborg 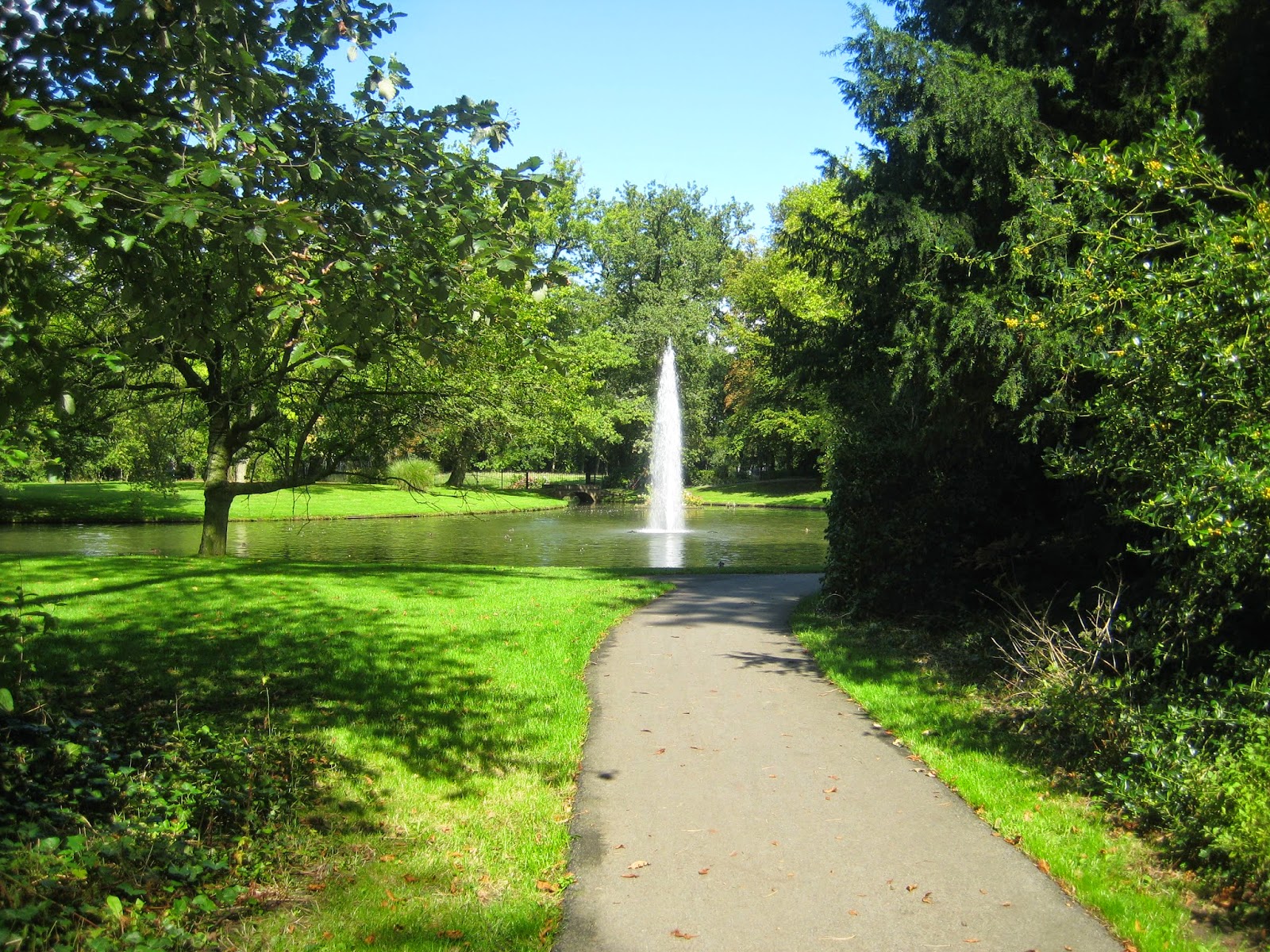 The same park next to a farm with grazing sheep. 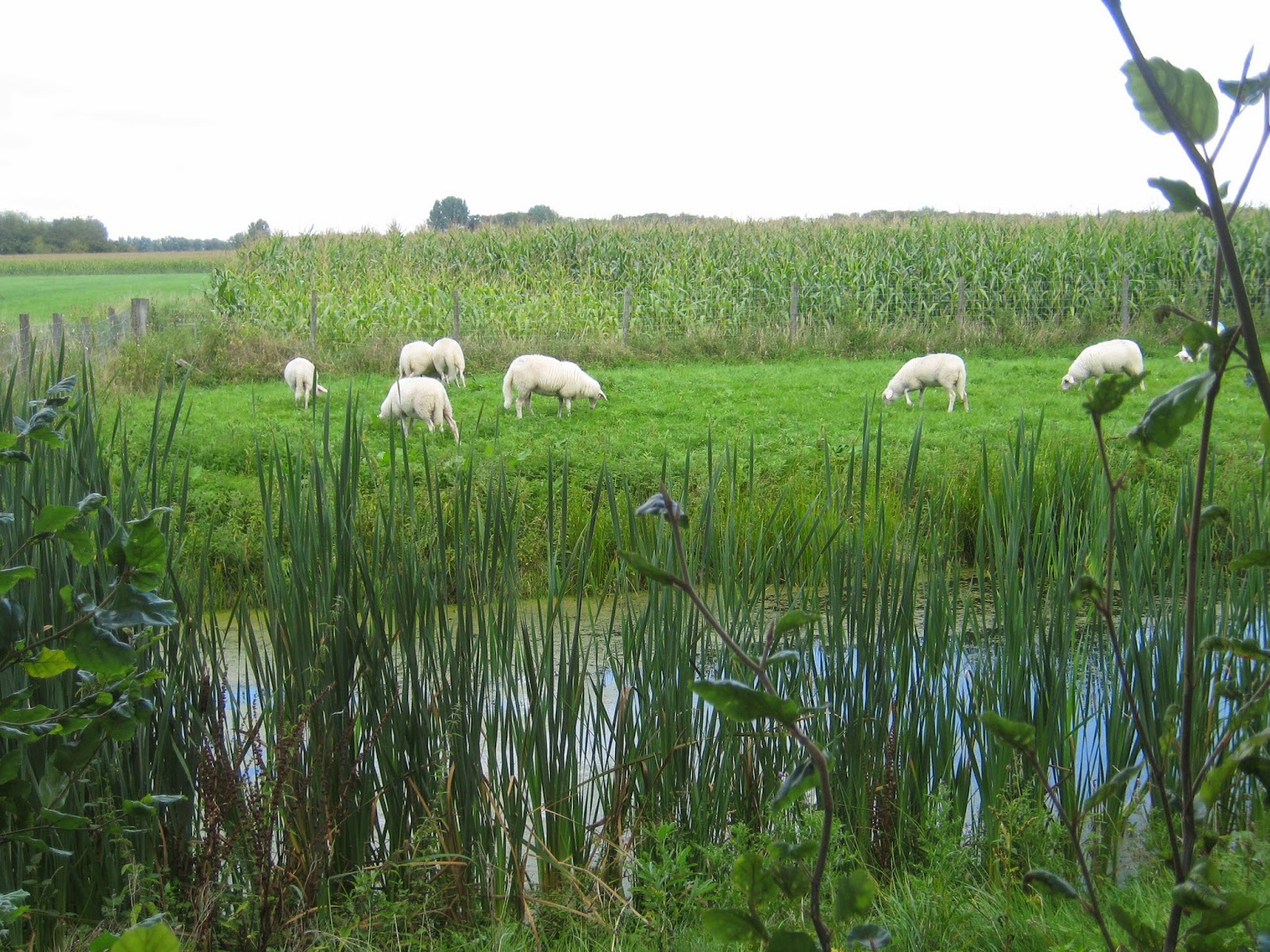 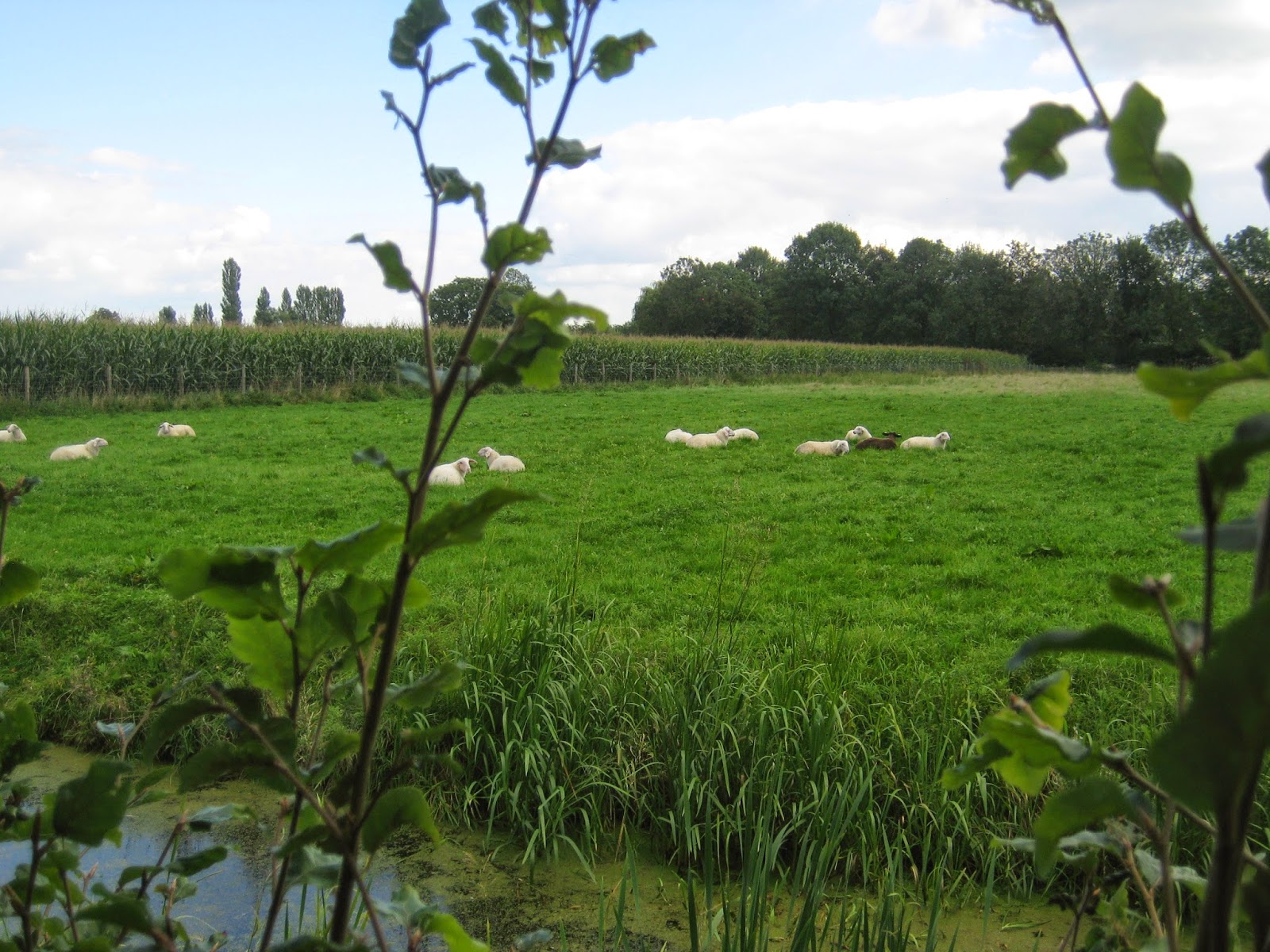 There are green spaces called zumps, which are wild and less cultivated, a place where people can go to feel closer to nature. 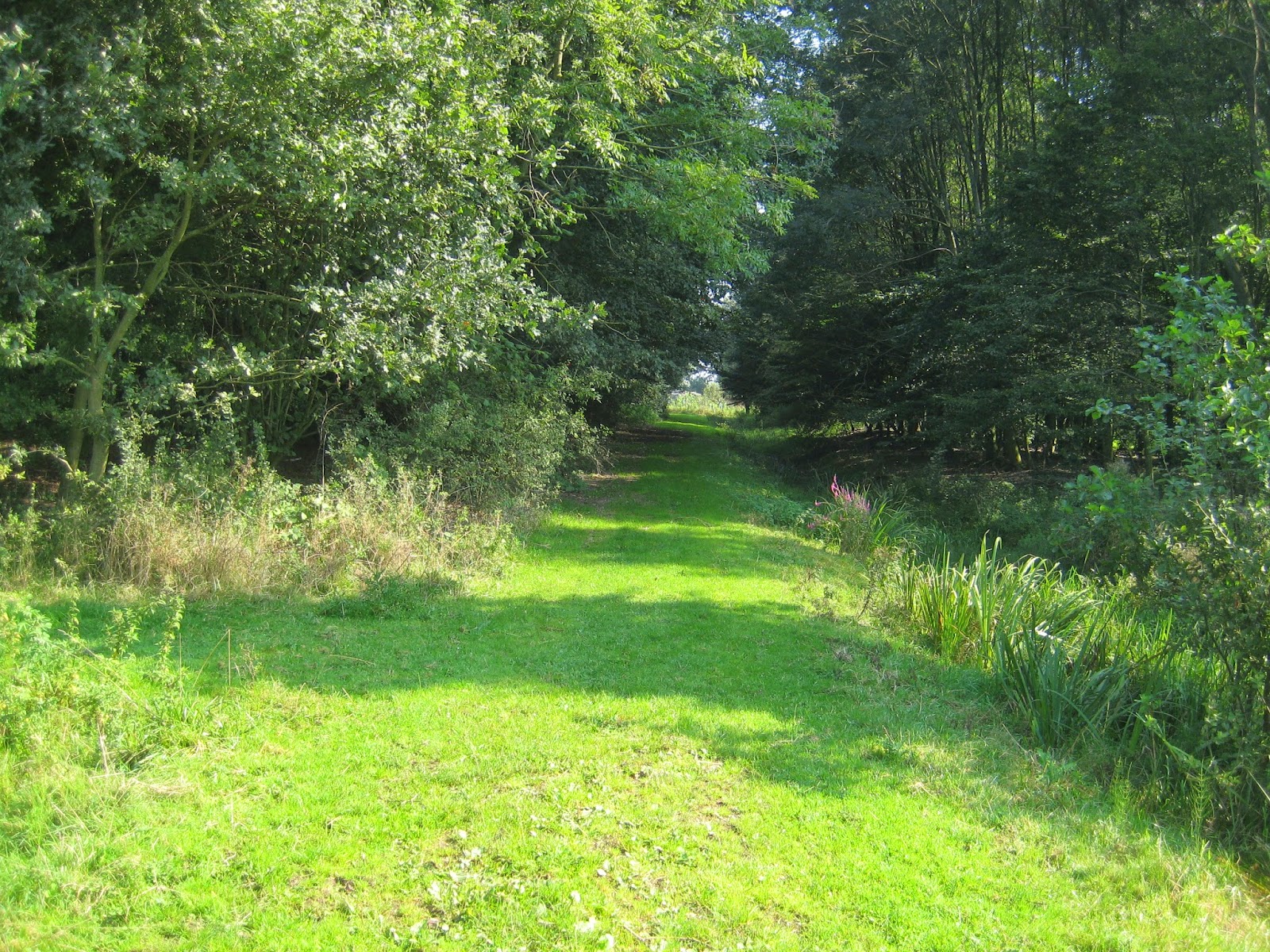 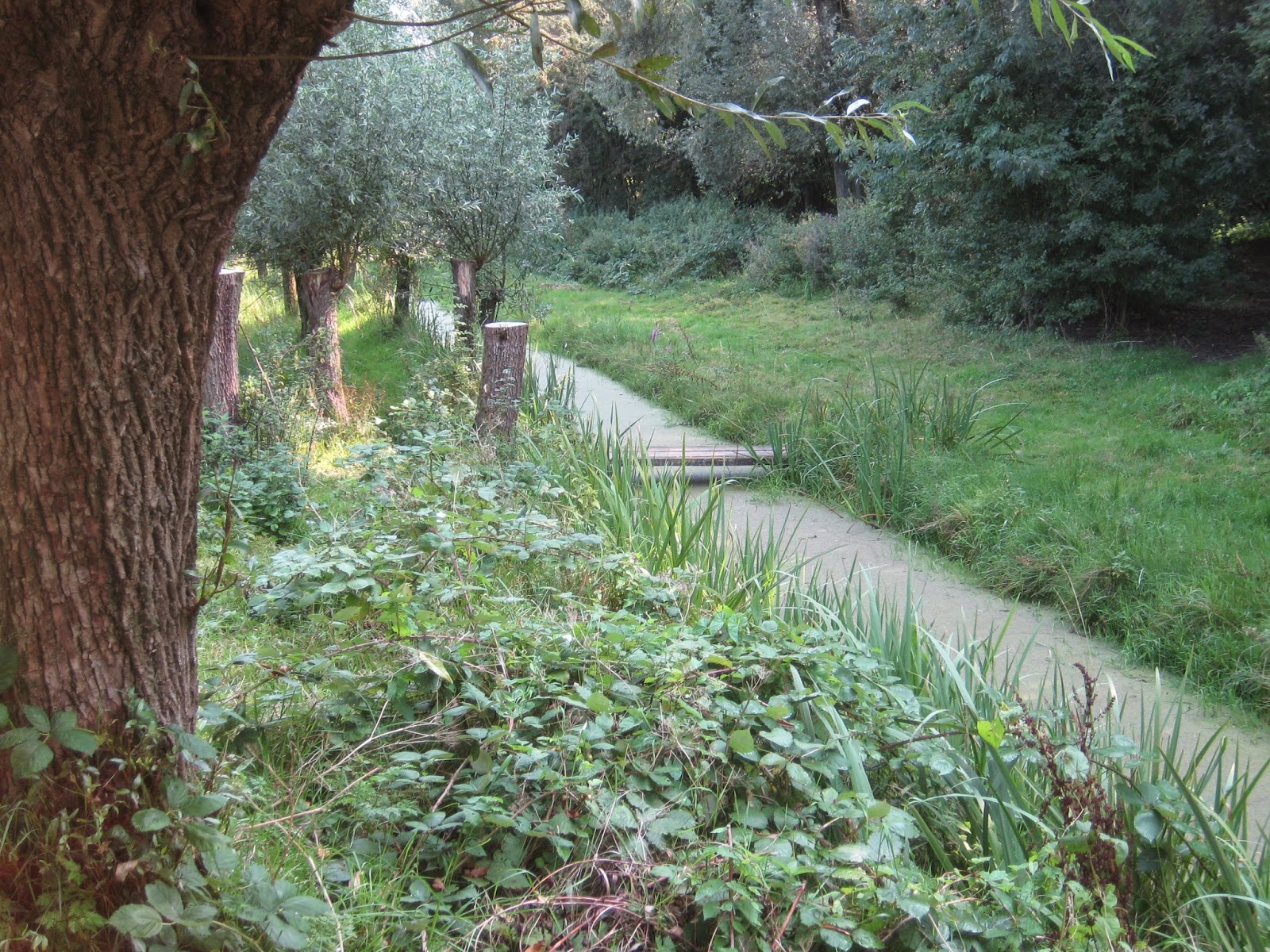 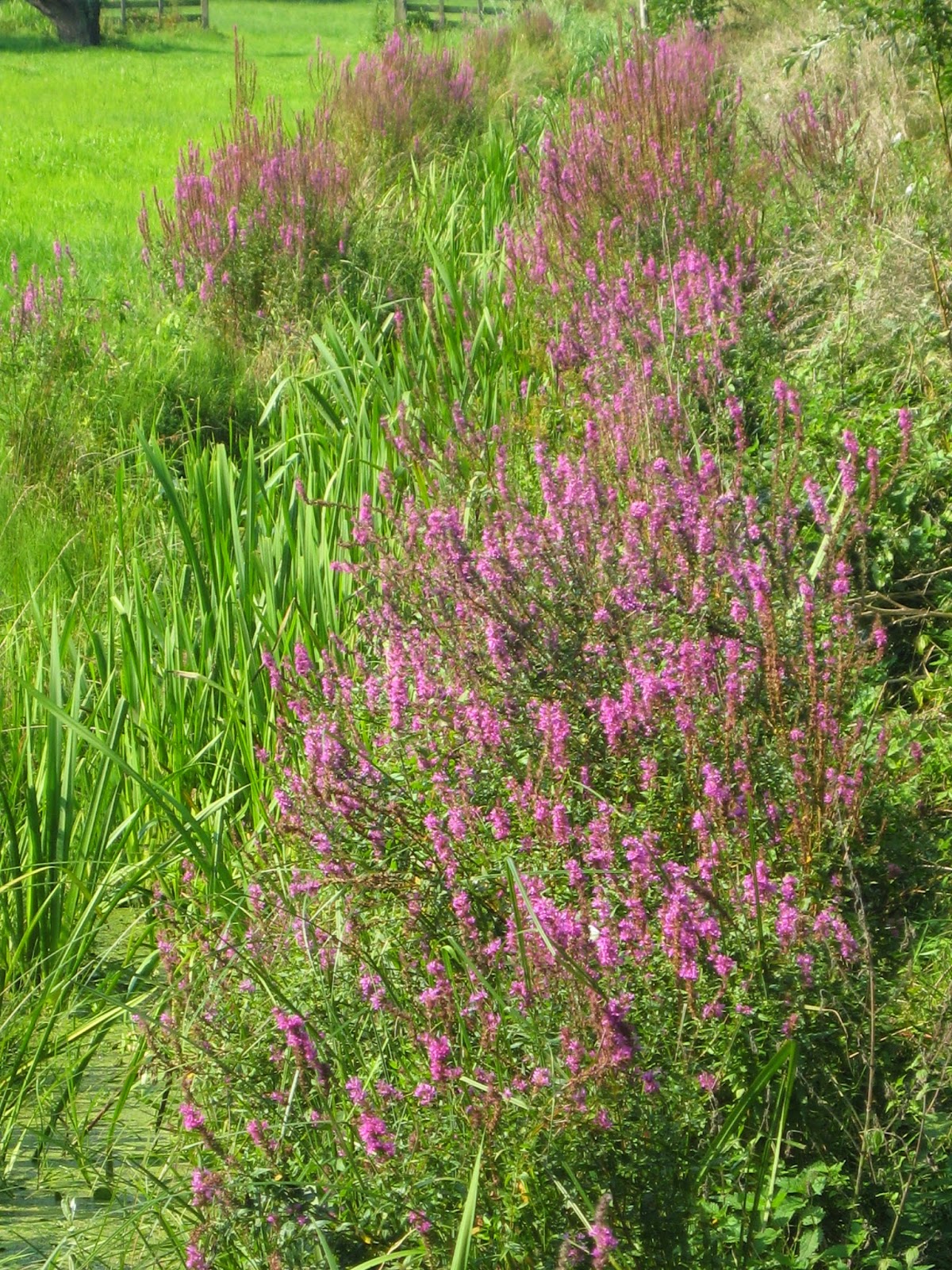 Cows graze in the zump. 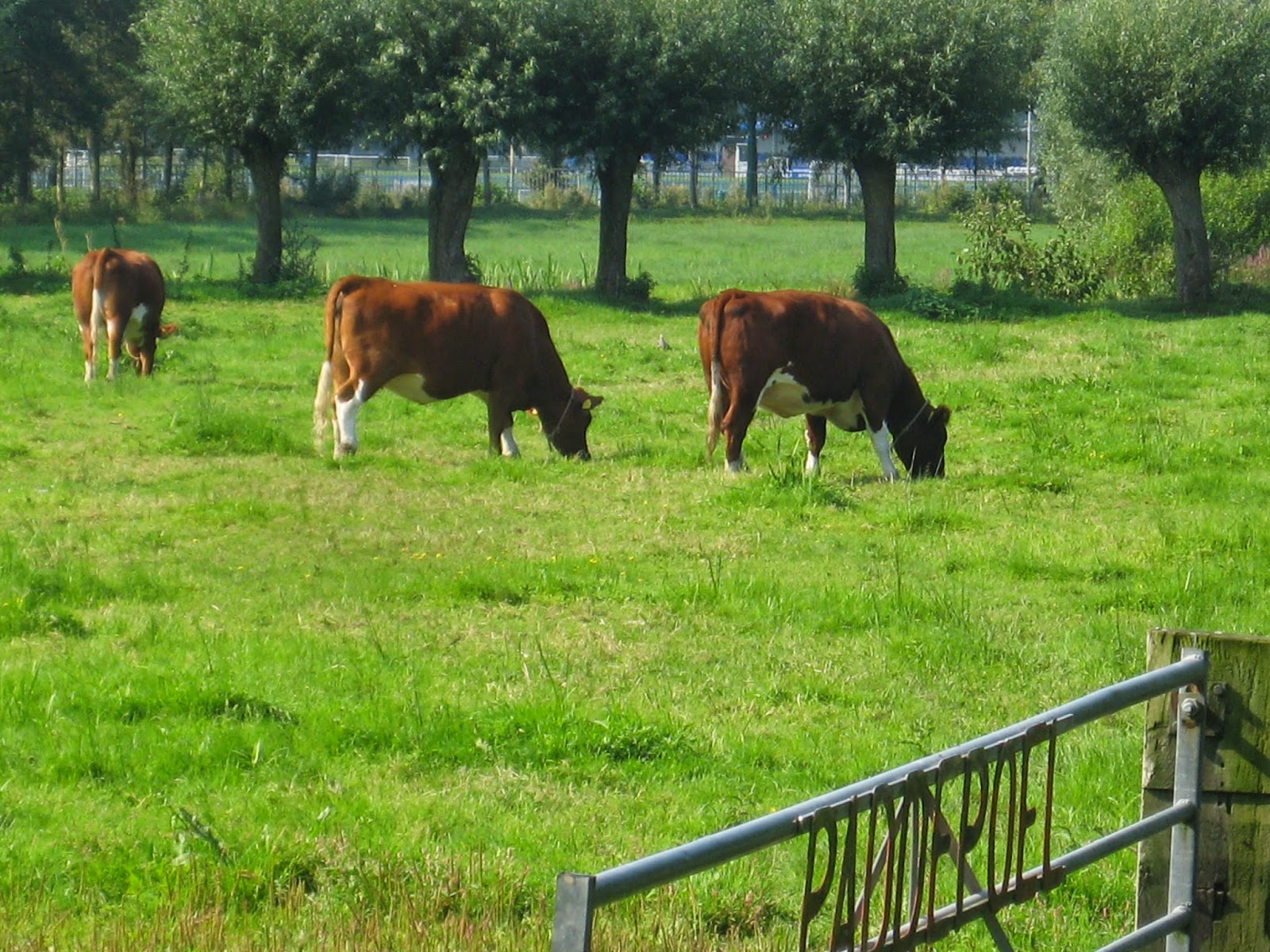 View of a farm. This picture was taken from a 900 year old dike.
In the distance is a town concealed by trees. 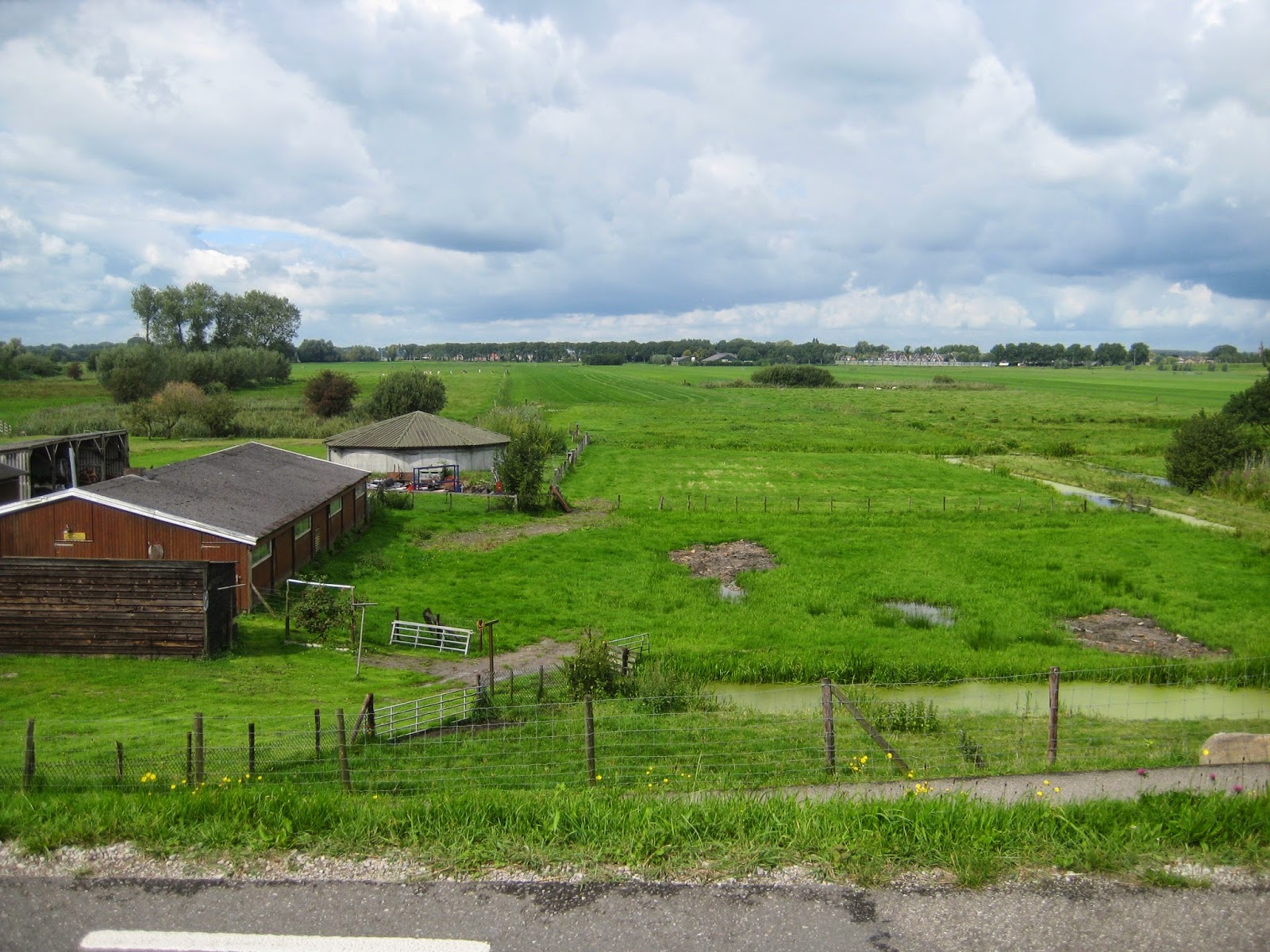 Cows by the side of the road. The only thing between any livestock and roads
is either a low fence or a ditch. All ditches have water in them. 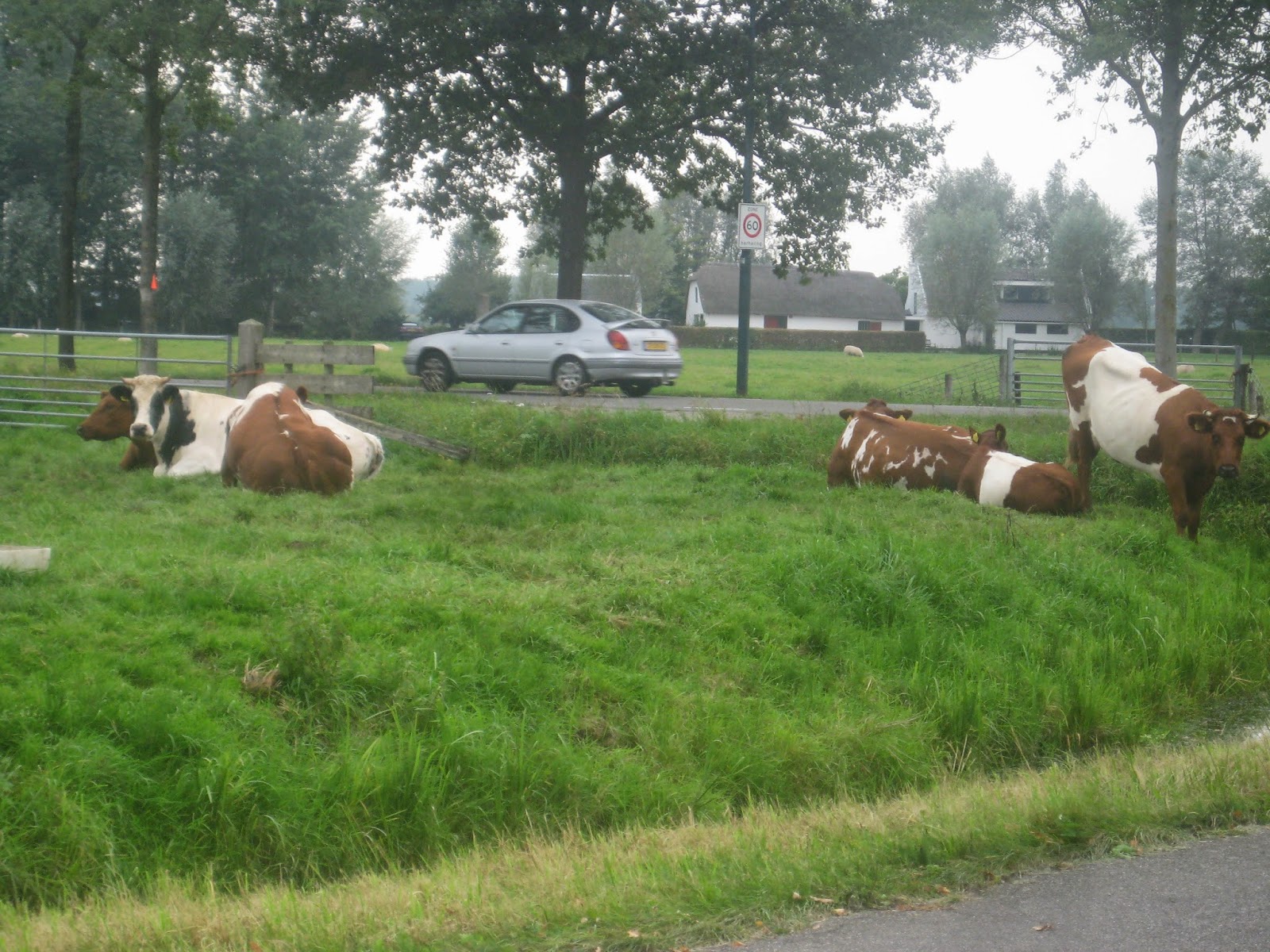 Big and little horses. Behind them is a dike which gives you a bit of an idea of how tall they are. 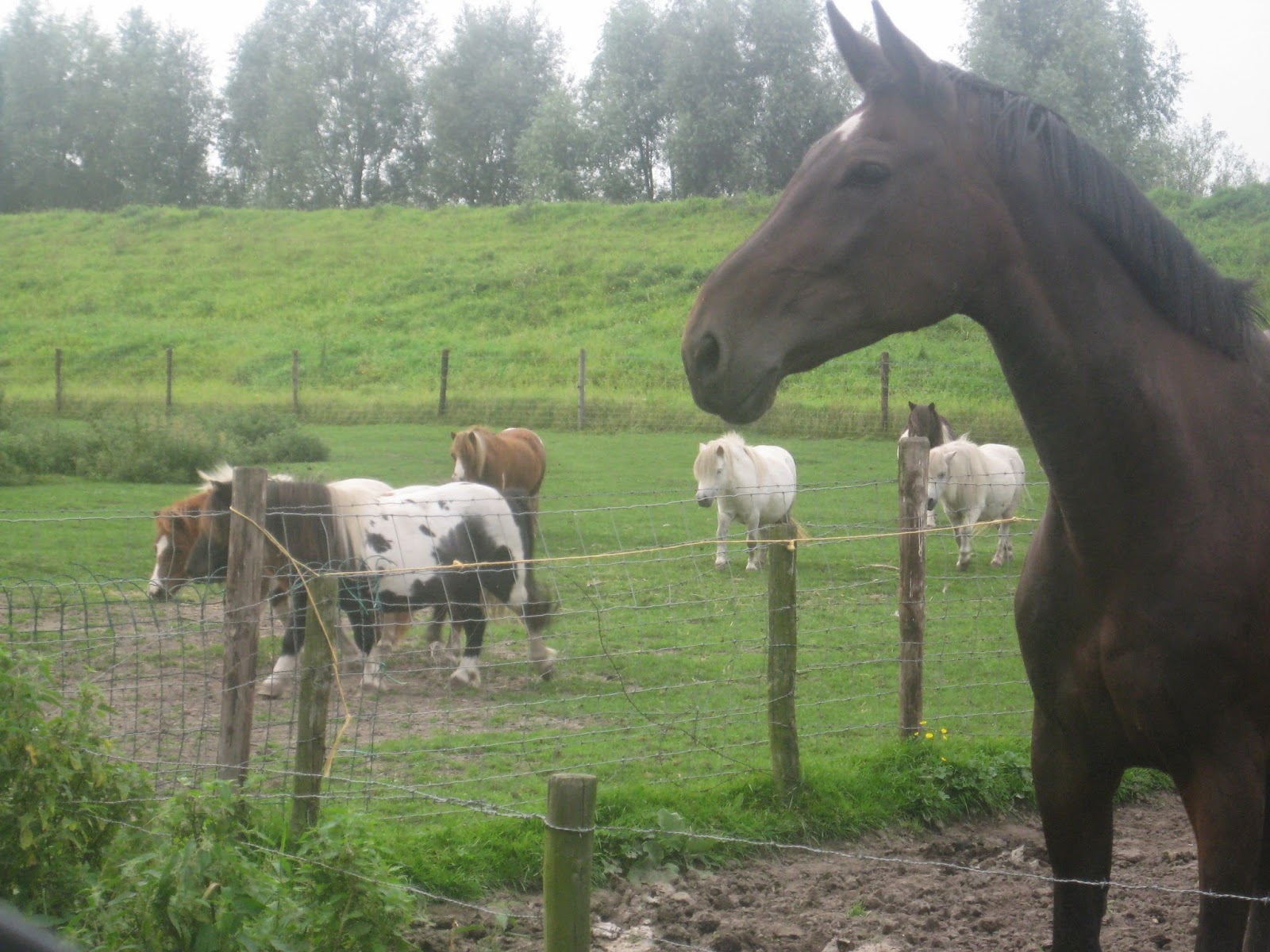 In some places there are acres and acres of green houses. I took this picture from the train. 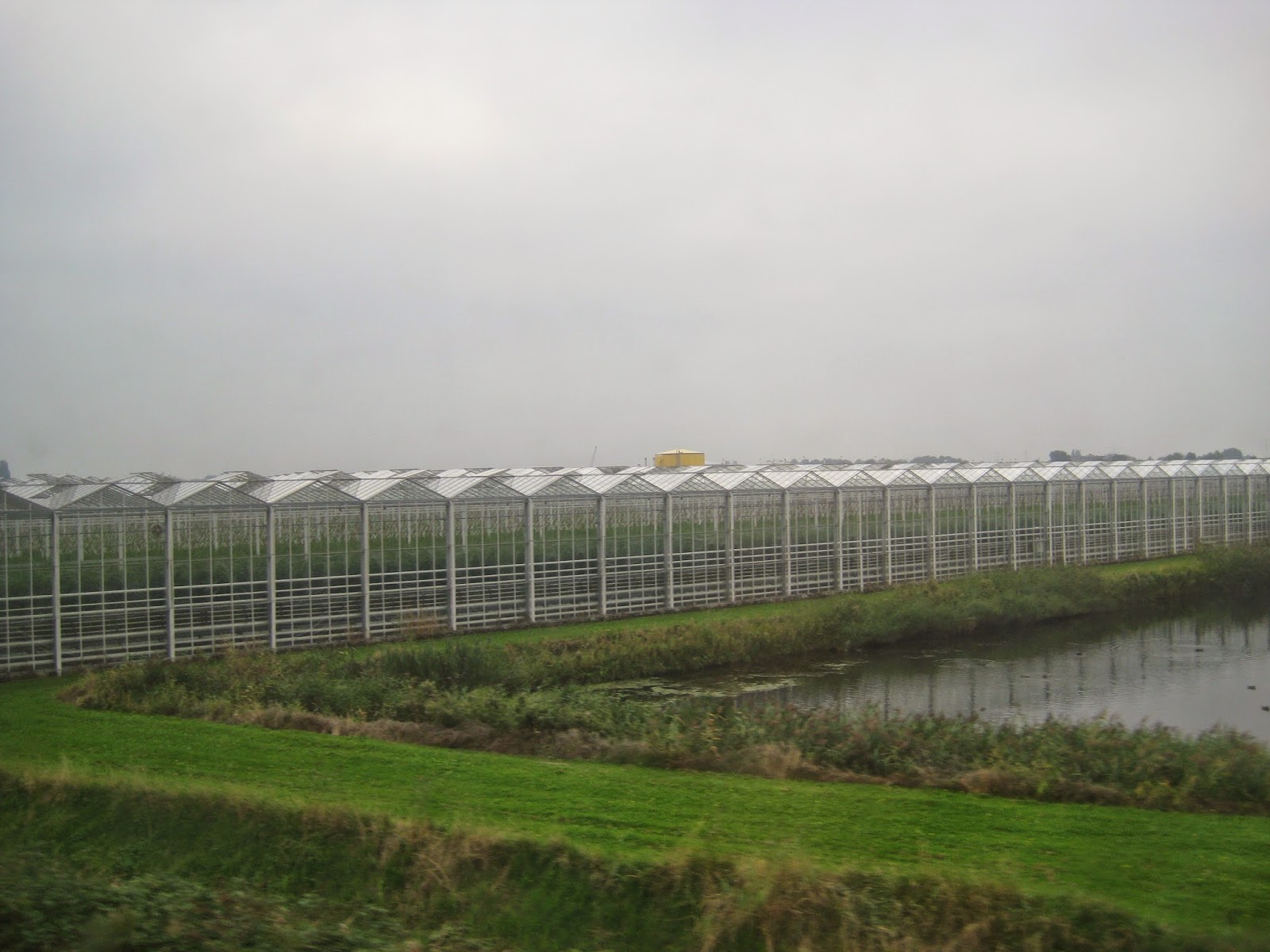 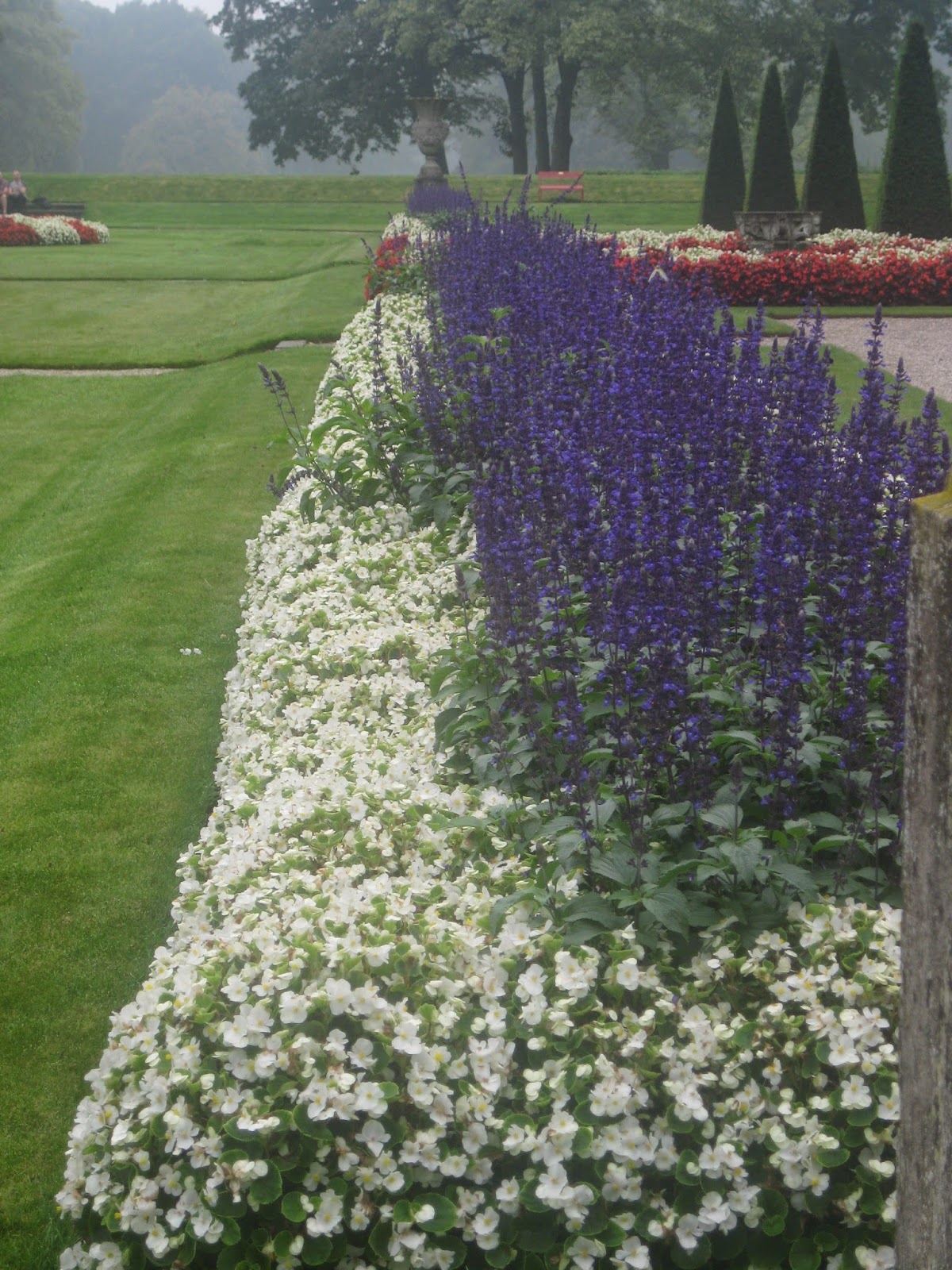 Have you noticed anything missing, particularly when it comes to the long views? Take another look. What isn't there are power poles and wires. Most all of their electrical lines are underground. Where lines have to be above ground, they are kept within the same corridors as the big highways (what we would call the interstate) and the train lines.

Just think what it would be like if all our towns and cities ran the electrical underground. Think of how open and clear the views would be!

Hope you enjoyed this latest installment. Happy gardening!
Posted by Bish Denham at 9:50 AM