Today it's all about Stephen Tremp and the Escalation Blog Tour! 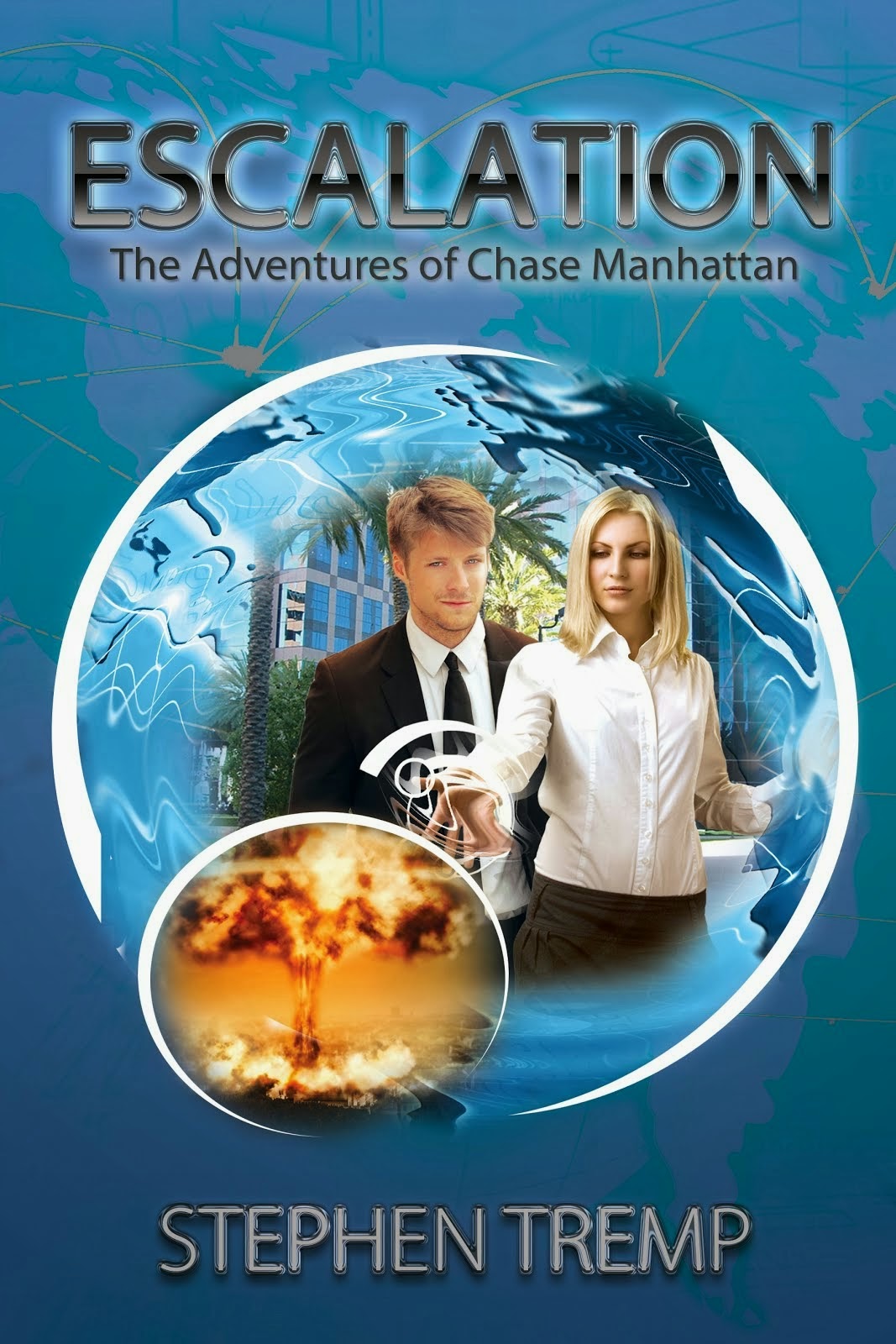 Stephen Tremp: is the author of the Breakthrough series. Together, Breakthrough, Opening, and Escalation follow the lives of the unlikely participants from innocence to a coming of age through sacrifice, betrayal, passion, lust, unconditional love, and hope. Escalation will appeal to fans of modern-day science fiction, action, horror, and even romance.

And now... Heeeeeere's Stephen with info on how to use humor in your writing.

Humor: It’s a great way to bring balance to a story, especially one with action and suspense. I use humor to give the reader a break from the action, or to help bridge down time between two main events. Often, the humor comes in the form of snarky dialogue rather than a physical scene, such as someone slipping on a banana peel. Which isn’t really funny as they could really get hurt.

Example: In Escalation there is a very tense scene where two main characters cross over to another Earth in a parallel dimension that is similar to but not identical to our Earth. Yes, through a wormhole.

A professor of physics who befriended them is their only hope to get back. But he has his reservations and has a large caliber hand cannon pointed at them. I needed to break the tension with humor relevant to my theme of science and science fiction:
The door to the laboratory started to open with a slight creek. Van Koevering slid     the gun into the back of his belt. Bennie lowered his hands. Elisa entered with coffee and snacks on a tray.
“Okay, everyone, she said with a motherly smile. “You’ll have to try some of my      homemade universal oatmeal and raisin cookies. They’re, ah … they’re out of this world.”
“Oh … ha. Ha. That’s very funny, honey. But what you don’t understand. Our           guests really are from another dimension. I ... I believe them. These two young brave people,” he said, presenting them with delight, a tear dropping from his right eye, “they represent proof to all my hard work.”

Bad Gas Humor: Okay, I’m a guy. And guys think combining bad gas and inconveniencing other people pretty is pretty darn funny. Here is my attempt at such humor from my second book Opening after Chase Manhattan forced down two McDonalds Sausage McMuffins with Egg and a large Coke in a rush while waiting to board his plane:
“Chase could feel his breakfast trying to make its way back up his esophagus. He let out an inadvertent silent belch. An elderly lady sitting next to him sniffed the air, wrinkled her nose, and moved to another section.”

Culture Clash: Then at the very end of Escalation there is culture clash, such as Susan Anderson introducing her new husband (spoiler alert!) Chase to her friends:
Before Chase could rebut Susan’s claims, he heard a plethora of female screeches inside. About a dozen pair of feet charged toward the door.
Chase braced himself for the worst. He thought of turning and making a break for it. The Marine Room Tavern was only six blocks away. It was all downhill, too. He could be there in two minutes.
Too late. They were sucked into the living room by a giant tangle of arms and hands. A half dozen women embraced Susan. About the same number manhandled Chase and escorted him to the living room.

So this is how I use humor in my books. Other than that, I try not to get a laugh at someone getting hurt. Like slipping on a banana peel.

Stop by Stephen’sBlog for more information on the Breakthrough series and other really cool stuff, like the 2014 Celestial Event Calendar. You’ll be surprised at what you can see with an average telescope or a good set of binoculars.

Look for The Adventures of Chase Manhattan HERE