X is for X Marks the Spot!

X Marks
the Spot!
What with pirates roaming the area there are tales told of treasure, though I'm not sure any has ever been found. And then there's the story about a cay named Dead Chest in the BVI. The story goes that Blackbeard marooned several of his crew on the island with only a cutlass and bottle of rum each, leaving them to battle it out.  "Sixteen men on a dead man's chest, yo ho ho and a bottle of rum." Although I've never been able to verify it,  supposedly Robert Lewis Stevenson sailed through the islands, heard the story and was inspired to write, Treasure Island.

Here's my treasure map of St. John, with an X marking one place near and dear to my heart. Many of the places that I have featured or mention during the A to Z Challenge are on this map. 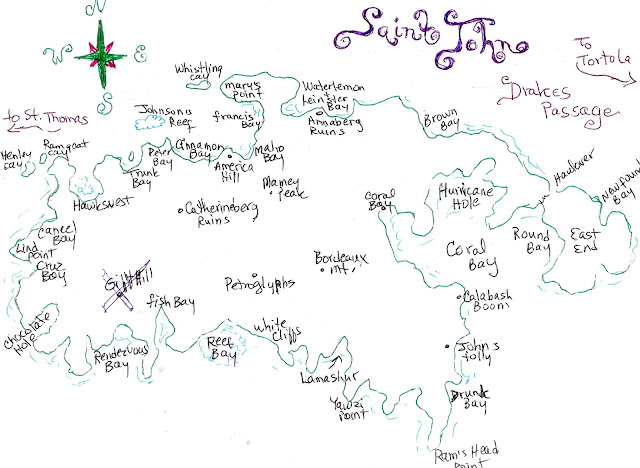