W is for Whistling Cay

Whistling Cay is on the north side of St. John just off Mary's Point. Two British islands are visible in this picture. To the left you can see a bit of Jost Van Dyke. To the right is Thatch Cay. There is is also a Thatch Cay off St. Thomas. Because of the proximity to the British islands and the large amount of trading that went on, the Danes built a guard house on Whistling Cay to keep an eye on things as well as trying to prevent slaves from escaping. 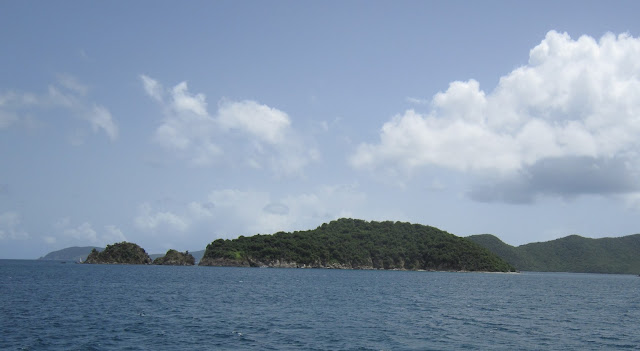 This is the ruin of an old guard house on the cay. 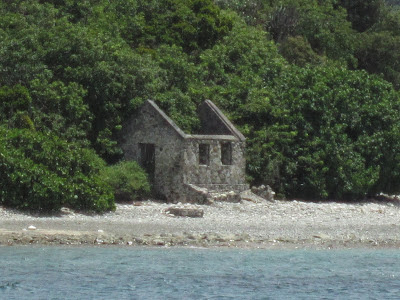 Within a few months of arriving in the islands, our very first adventure was getting in a boat we called 16 Tons and going out to Whistling Cay and having a picnic. That's Mom, me and my sister Erva. I'm already running around barefooted.

Other W Names:
Waterlemon Cay, St. John: Take a look at the lovely picture of the cay, Waterlemon Bay and Leinster Bay
Water Island became the fourth U. S. Virgin Island in 1996. It got its name from fresh water ponds that were once found there and became a frequent stop for pirates and other sea-faring peoples.

White Cliffs, St. John. Don't need to go to Dover, England. We have our own. 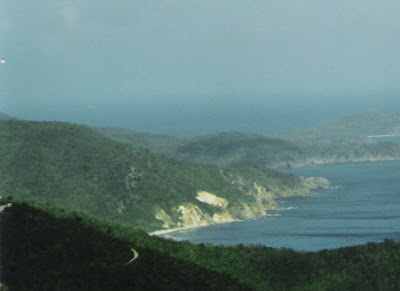 The West India Dock. This picture was taken from a seaplane when I went over to St. Croix. The Dutch West India Company had a long history in the Virgin Islands, including the fact that it was the company that took possession of the island and settled it in 1671. For more history go HERE.

Whim Estate, St. Croix is the only preserved sugar plantation in the islands. The great house, pictured below, is a kind of long oval, with rounded walls. The rooms are airy and furnished with period furniture. You can see pictures of the interior HERE and HERE. 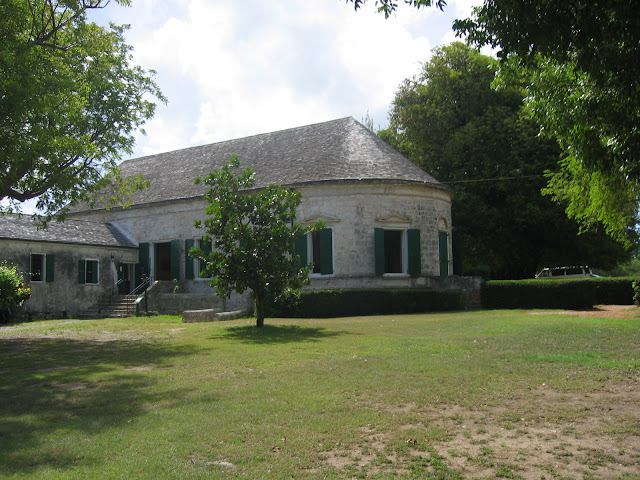 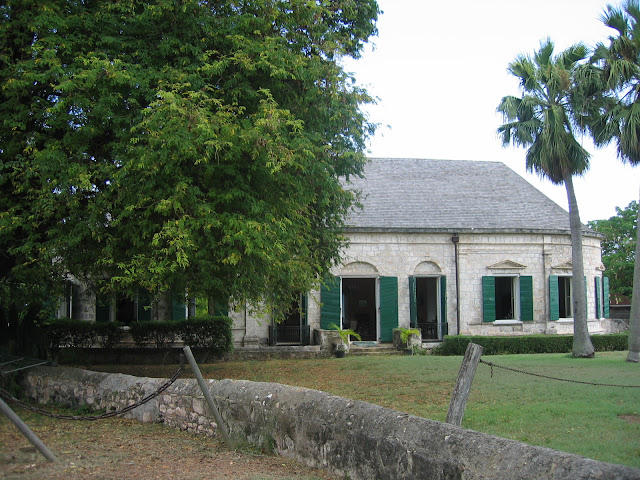 Me, at Whim Estate, leaning against an ancient tamarind tree with the windmill behind me.
Posted by Bish Denham at 4:00 AM