L is for Lameshur

Lameshur, St. John
This is the beach my family loved to go to when we wanted to get away and have a picnic. Back in the 1950s it was far away and difficult to get to, the road being a torturous dirt trail that required four wheel drive-low transfer to crawl over. It was a sure guarantee we'd be the only people there. 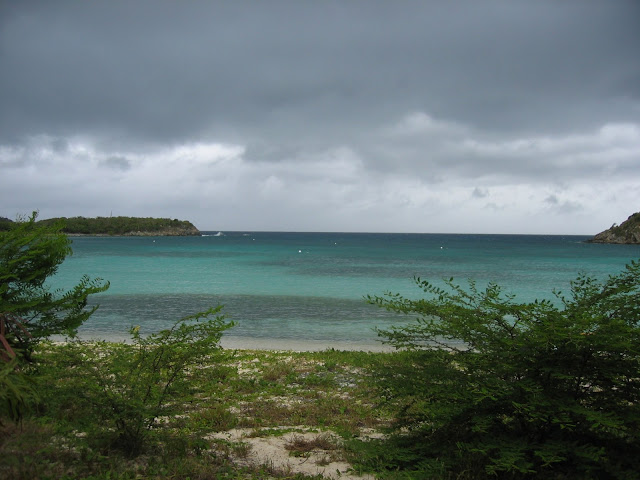 Other L Names:
Lavendar Hill, St. John
L'Esperance, St. John
Leinster Bay, St. John: At one time there was a boys reform school at Leinster Bay. It was noted for having the first flush toilet on the island.
Lovango Cay: A small island off St. John that was first settled by one William Gandy in 1728.
Lilliendahl, St. Thomas
Lindberg Bay, St. Thomas: Named after Charles Lindberg who landed on the flat stretch of land behind the beach when he was mapping stops for Pan Am. Where he landed is now the airport.
Lizard Rocks: A group of rocks off the north shore of St. Thomas.
Louisenhoj, St. Thomas: Louisenhoj (pronounced Loo-ee-sen-hoy) is a lovely old estate house that overlooks both down town Charlotte Amalie on the south and Magens Bay on the North.

Lillie Maho, St. John where we once had a guest house. 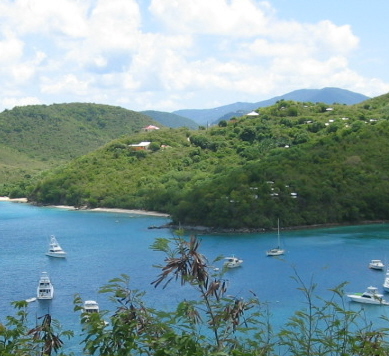 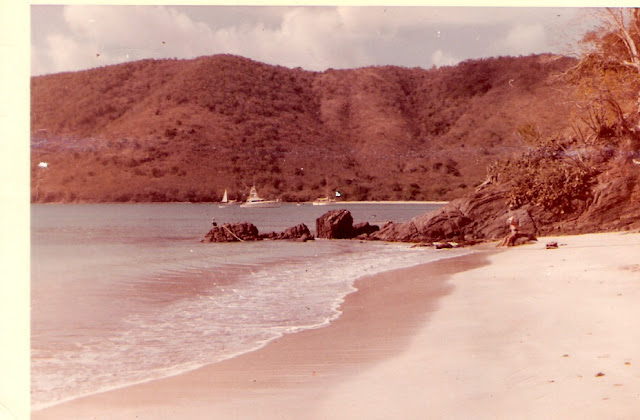 Lind Point, St. John is the hill to the right. You pass it going and coming on the ferry, which you can see headed into Cruz Bay from St. Thomas, the island in the background. 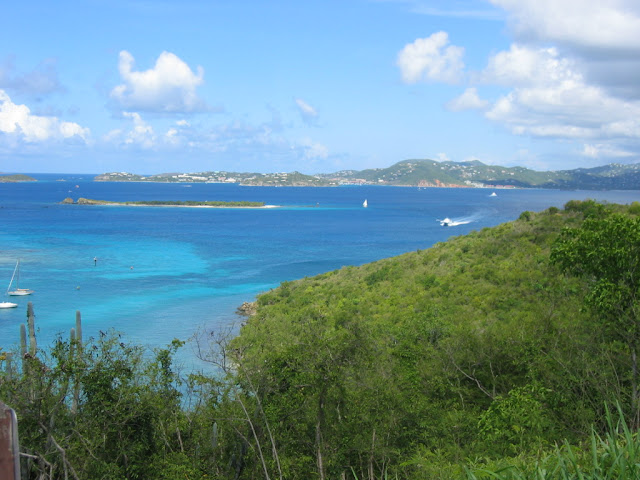 Lerkenlund, St. Thomas is high on the North Shore, in the rain forest and overlooks Magens Bay. The large cay is Hans Lollik. The two smaller ones to the right are Big and Little Tobago, BVI. The island to the far right is Jost Van Dyke, BVI. 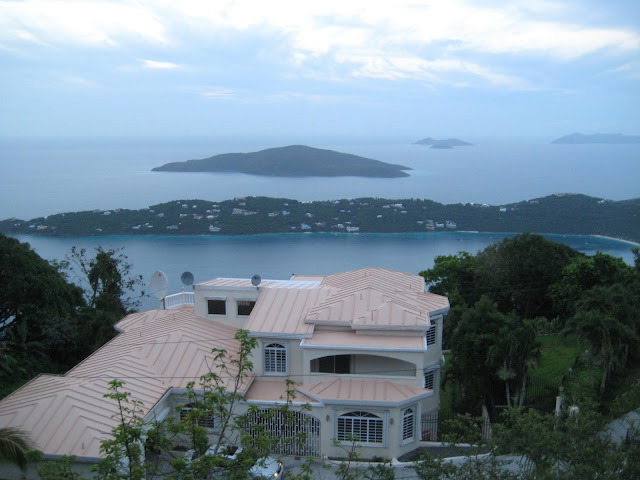 Lord God of Sabaoth Lutheran Church, St. Croix
After a slave march many thousands strong, it was from this church, on July 3, 1848,  that Governor-General Peter von Scholten declared, "All unfree in the Danish West Indies are from today free." 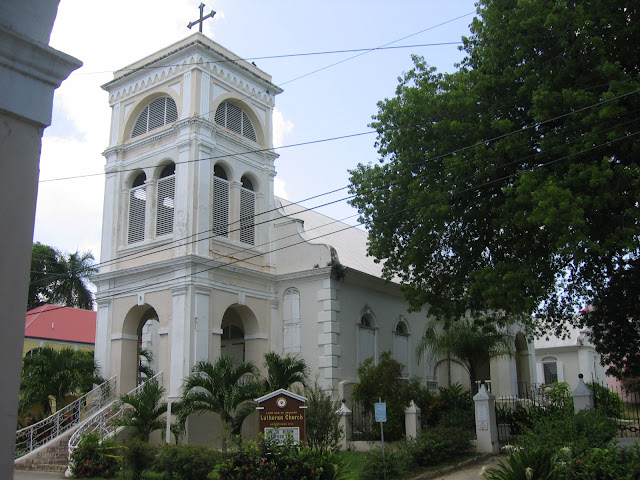 Last, but not by any means least, Happy Birthday to my sweetie, Stan the Man. May there be many more!
Posted by Bish Denham at 8:00 AM