H is for Hawksnest


Hawksnest Bay has within it, four beaches. From left to right, Gibney Beach, Public Hawksnest, Little Hawksnest (barely visible) and Sheep Dock, now called Caneel Hawksnest.  As a kid there used to be a dock at Sheepdock and was one of the places where (you guessed it) sheep were loaded and unloaded.

Hawksnest from the sea. Left to right, Gibney Beach, Public Hawksnest, Little Hawksnest and the Sheepdock 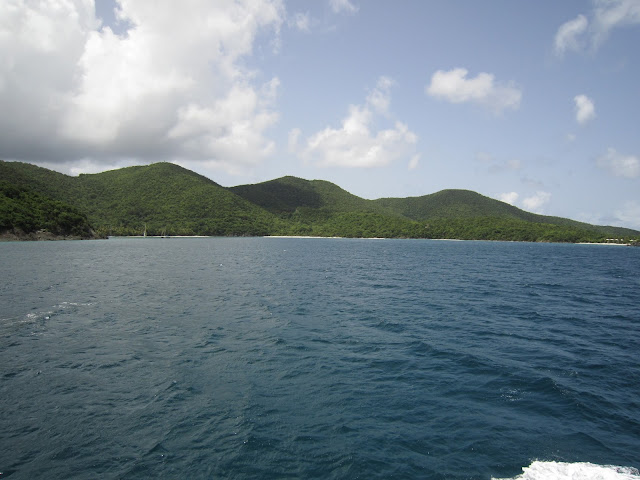 Other H Names:
Hammer Farm, St. John is near Catherineberg. Growing up, a family lived at Hammer Farm from whom we could get fresh produce.
Hard Labor Hill, St. John was an exceptionally steep road that I posted about.
Hart Bay, St. John
Haulover, St. John and Haulover Bay are on the way to East End. It is a narrow strip of land separating the north and south sides of the island. At one time they used to haul small boats over this strip of land instead of sailing all the way around East End.
Hermitage Estate, St. John
Honeymoon Bay, St. John is part of Caneel Bay, a separate and lovely beach.
Hurricane Hole, St. John, located past Coral Bay on the way to East End, is a bay within a bay within a bay and is used to moor boats during hurricanes. It's very protected.
Hans Lollik Island (Big and Little), If you want to own an island, I believe these may still be for sale.


Henley Cay, off the north shore of St. John right outside Caneel Bay 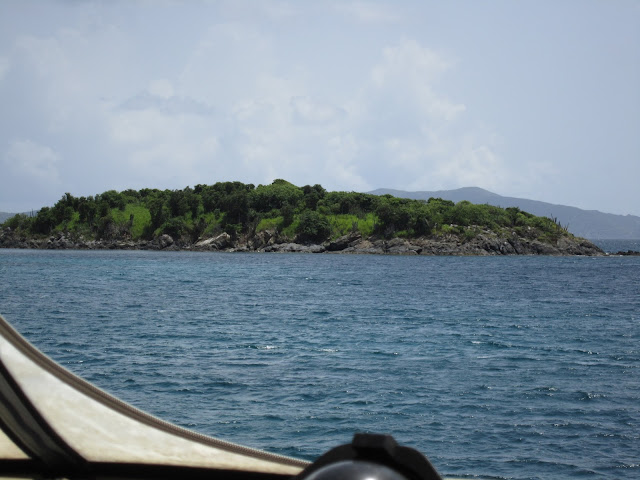 Havensite, St. Thomas. A place where the cruise ships dock and tourist can shop. 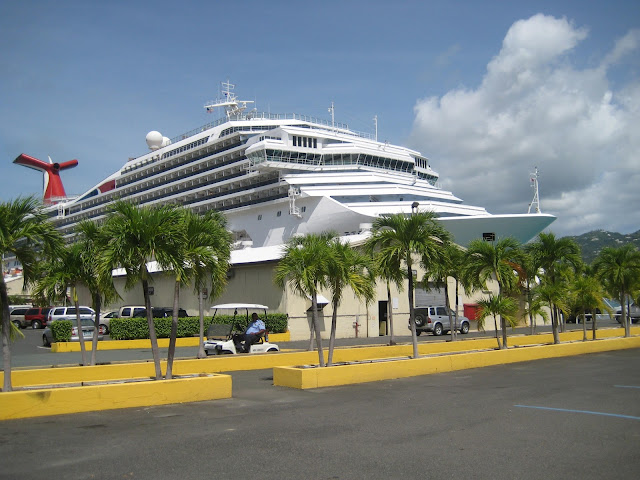 Hassle Island, St. Thomas. It is the first island to the right in the picture below. Once it was long peninsula attached to island of St.Thomas. It has a very interesting history which I touched on HERE. 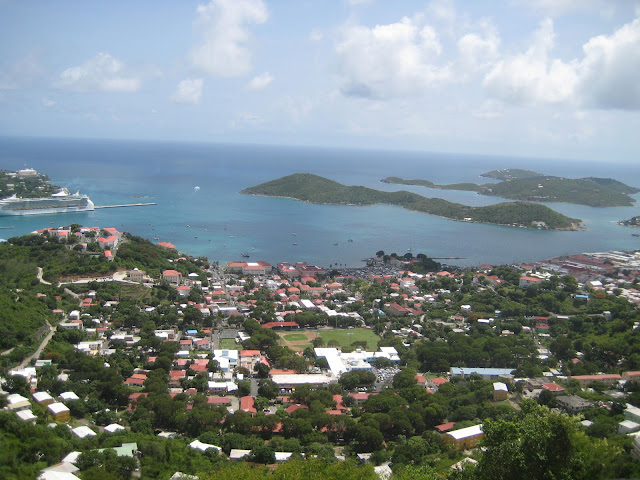 Prince Frederik's Battery on Hassle, was built in 1788 to protect the harbor. During the Napoleonic War, when the British occupied the island, its name was changed to Fort Willoughby. 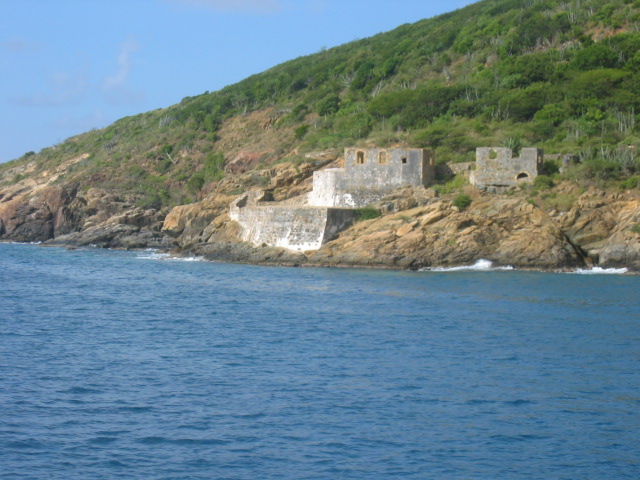 The English built this ammunition depot and garrison house on Hassle Island. 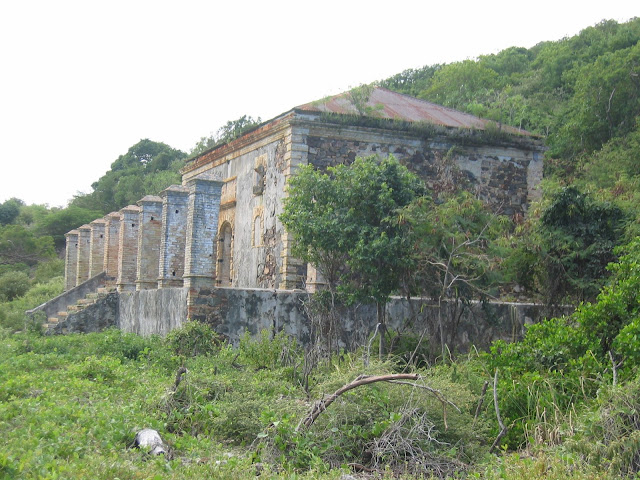 Looking from Ft. Willoughby toward Havensite. 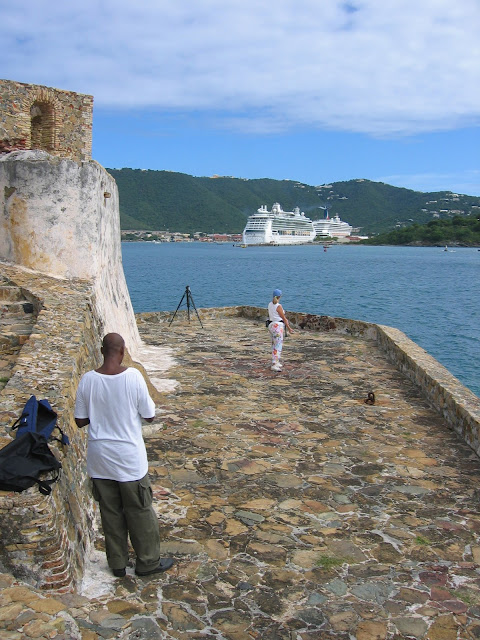 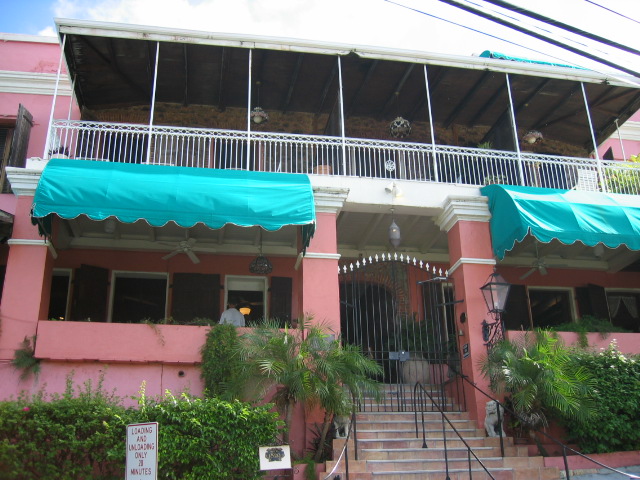 Hotel 1829 has a genuine Tiffany stained glass window called, "In Search of the Promised Land." 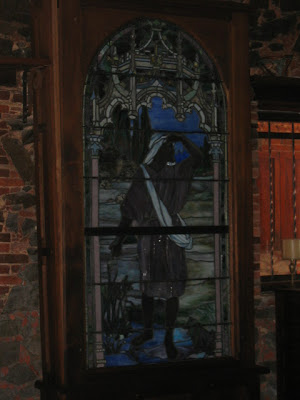