I believe I can trace my love of rocks directly to our move to St. John when I was five years old. 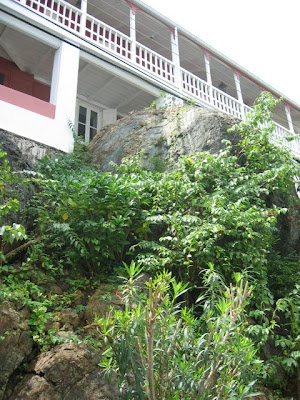 At our guest house at Lille Maho there was a three foot tall somewhat triangular shaped rock around which was build our back porch. It stood defiantly between the bedrooms and bathrooms and was the cause of many night-time bruised shins and busted toes, not to mention choice curse words.

The rocks in the islands are filled with different colors, textures. They can be various shades of blue, which is where blue bitch gets its name. They can be veined with quartz. They can be rusty orange, evidence of iron in their blood. They can be grey or black. Each has its own shape.

This is a typical stacked stone wall. It is several hundred years old, built during the slave days. 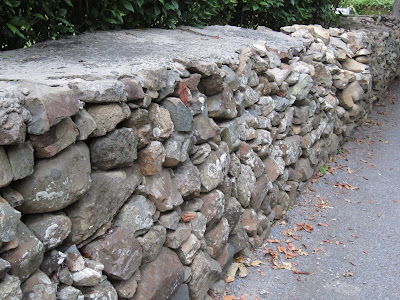 Here's the windmill at Annaberg on St. John. When I was little a family actually lived in it. There was second floor made wood. 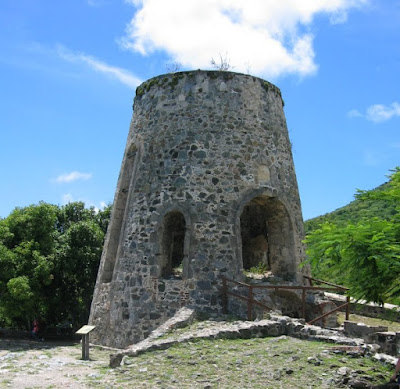 This is the outside wall of boiling house at Annaberg, where sugar cane juice was boiled down to make sugar. Side products were molasses and rum. You can see yellow and orange brick. They came from Europe as ballast on the sailing ships. The arched "holes" are where the fires were built. 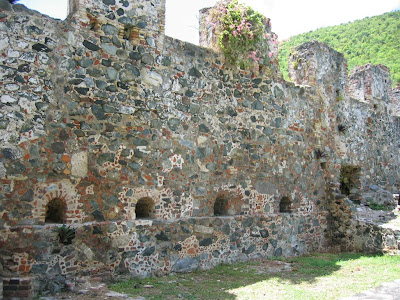 This is inside the boiling house. That round thing in the center is one of the iron boiling pots. Under it is one of those holes where the fires were. Look at all those rocks! Each one placed there by the hands of slaves. 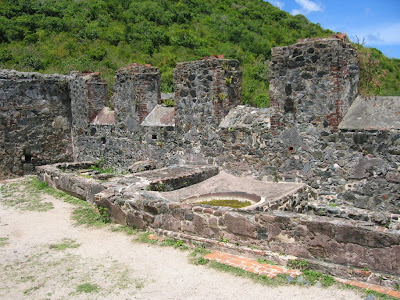 The next three pictures are taken at the Pissarro Building on St. Thomas. I like to imagine Camille as boy running through this particular alleyway, seeing these colors, which later translated and his wonderful ability to capture color and light in his paintings. I like to think it all started here, with these rocks and bricks. Truth be told, the walls were probably plastered when he was a kid in the 1830s and 40s. 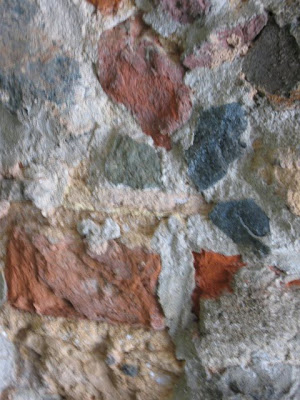 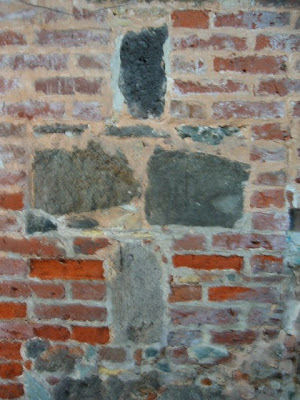 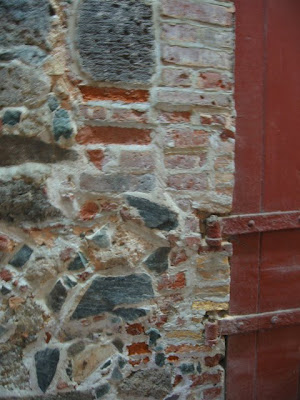 This last picture was taken at the Old Stone Farm House, now a restaurant. Through the window you can see my sister being served by a waiter. Originally is was a dairy farm. Cows were milked where she is sitting. This dairy farm goes back to Danish times and was still in operation when I was growing up. My sister went to school with the owner's daughter. They were classmates. The building is several hundred years old. 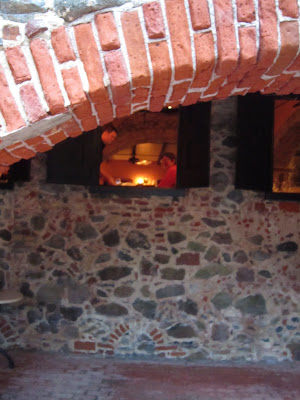