Z is for Zedonk

And last but not least, the letter Z.

About four years ago I wrote an article about these guys which appeared in Wee Ones, a children's ezine that unfortunately no longer exits. 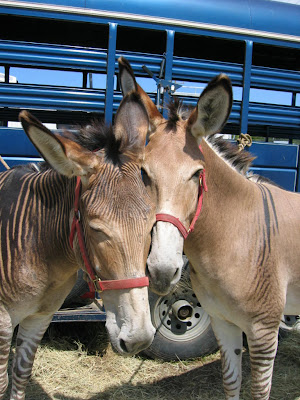 There was a commemorative trail ride happening, and I saw a picture of them in the newspaper. I had never heard of zedonks let along seen one. 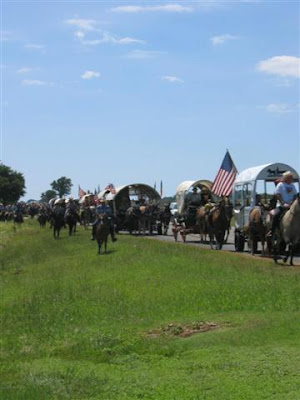 So I hunted down the owners, got an interview and pictures and wrote the following article.

Z is for Zedonk
by Bish Denham
Do you know what a zedonk is? If you guessed a cross between a zebra and donkey you would be right. A zedonk can also go by the name of zebrass, zebronkey, or zenkey. In South Africa they are called zonkeys. They are more common there because zebras and donkeys live in close proximity. Still, they are not usually found in the wild.
The first reported zedonk to have been bred was in 1971 at the Colchester Zoo in Essex, England. Like the mule, a cross between a horse and donkey, zedonks are sterile and cannot have babies.
Most zedonks have stripes only on their legs, with a few stripes around their faces and shoulders. A zedonk that has stripes all over its body is very rare.
Hammy and Ethel Boyd of Denton, Texas have three zedonks, two of them have full body stripes. Their father was a Grevy’s zebra, the largest member of the zebra family. The Boyd’s zedonks are between 14 and 15 hands tall. A hand is four inches. That makes them between four and half and five feet tall at the shoulder.
Zedonks are not known for their even temperament. They can be trained to be saddled and ridden or harnessed to pull wagons. But sometimes the wild nature of the zebra will come out of nowhere. They’re very unpredictable.
“You never know what they’re going to do,” said Mr. Boyd. “We’ll be working them, and maybe one of them will have a fit, jump up in the air, kick or lie down and then go right on. I’ve noticed that if there’s a big tree out about a thousand feet from you, it’ll start blowing little light snorts and it’ll go either left or right of that tree. They don’t like to go to a tree if it’s out in the open.” Could this be because the zebra in them thinks a predator may be lurking behind it?
Another thing that needs to be remembered is how to approach a zedonk. You can’t approach them from the side, like you can with a horse, mule or donkey. If you do they are likely to fight and kick. You have to approach a zedonk head on in a calm manner. But even then, you never can tell. One minute the zedonk might be just fine then, in the next, it might be throwing a fit.
“They’re wild, but then they’re gentle,” said Mr. Boyd. “They’re curious to anything out there. But you’ve got to know something about them. A greenhorn couldn’t go out there and do it.”
They are definitely a curiosity. Mrs. Boyd put it best. “They make good pasture ornaments.” 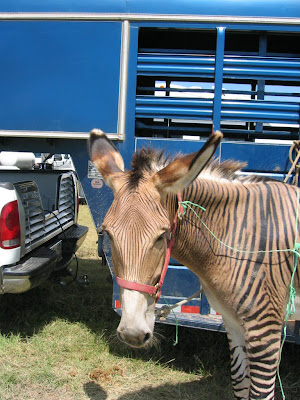 Then there's Ian Sands who has a fabulous art thing going on called Zonkey Projects. He's also the creator of Critter, who has been traveling around the world and visiting various blogs. Check out Critter links in the sidebar at right.
That's it folks. I have truly enjoyed the A to Z Challenge and appreciate all my Random Followers, old and NEW, for stopping by.
Tomorrow, the winners of my 100 Random Followers Drabble Contest will be announced!
Posted by Bish Denham at 12:01 AM

Email ThisBlogThis!Share to TwitterShare to FacebookShare to Pinterest
Labels: A to Z challenge, zedonks