This month's question is:What publishing path are you considering/did you take, and why?
I went the self-publishing route because the older I get the harder it becomes to have the patience to go the traditional route.


Hurricane Update - One Year Later
Unless there is something news-worthy, this will be my last hurricane update post.

My sister has a new stove! She christened it by making a "proper stove top pot of coffee." 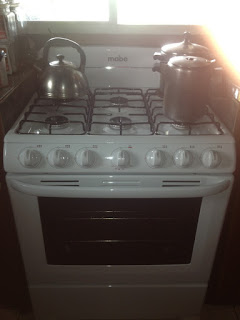 Tomorrow, the 6th, marks one year since St. John, St. Thomas and the British Virgin Islands were blasted to smithereens by the worst hurricane in living memory. I remember clearly being on the phone with my sister at the height of the storm. She was hunkered down in a bathroom when she told me in her calm, steady voice, "We lost the porch roof." I was on the National Hurricane Center site trying to figure out where the eye was and how much longer she was going to have endure the howling wind. Together we figured out they had gone through a calm probably a portion of the eye and were now experiencing the back half of the winds, the worst winds. Another 2 or 3 hours we figured...

I won't go into the anxiety I felt or show pictures. You can see plenty of them HERE.

Suffice to say, you just can't put good people down. For my sister and me our main concern was for our tenants and rental property on St. John. Overnight our income disappeared. Our anchor renter, a restaurant called Morgan's Mango, had suffered a devastating kitchen fire in 2015. Our tenants, Carlos and Maria, with help from my sister and me, were able to rebuild the kitchen and get back up and running. Then Irma hit.

For a while is was questionable if they'd be able to rebuild, particularly since their home had also been destroyed by the storm.


Before and after Irma 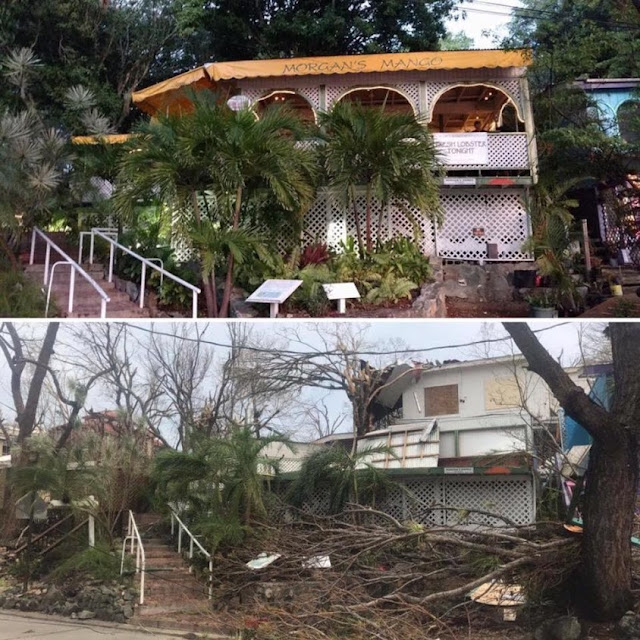 That's when Kenny Chesney, and his Love for Love City Foundation, stepped in, giving the money needed to rebuild the restaurant.
Kenny loves eating at Morgan's Mango and he may love Carlos and Maria almost as much as my sister and me.
Here he is hugging Carlos not long after the storm. 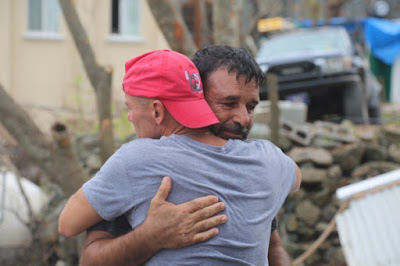 Without Kenny's help I'm not sure where we'd be.
Carlos and Maria hanging the new sign.
Morgan's Mango today. 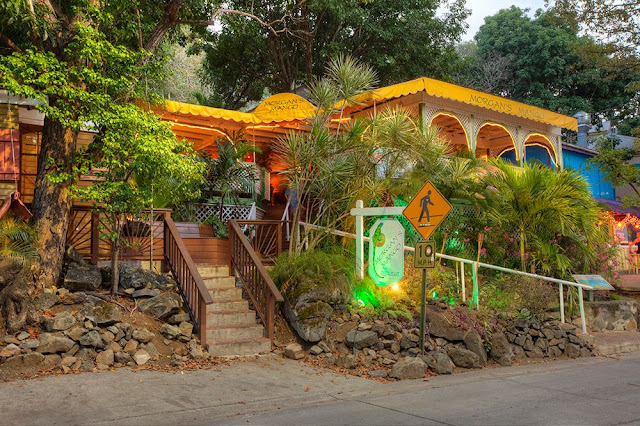 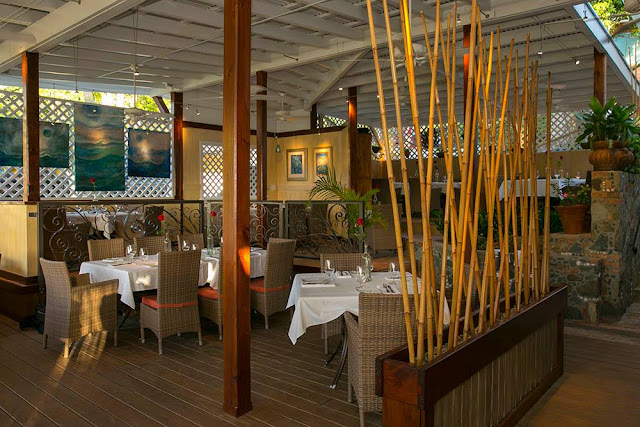 Among the few things to survive both the fire and the hurricanes were these 2 platinum records that Kenny had given to Carols and Maria sometime before the fire.
They have been ensconced, warps and all, in this collage. 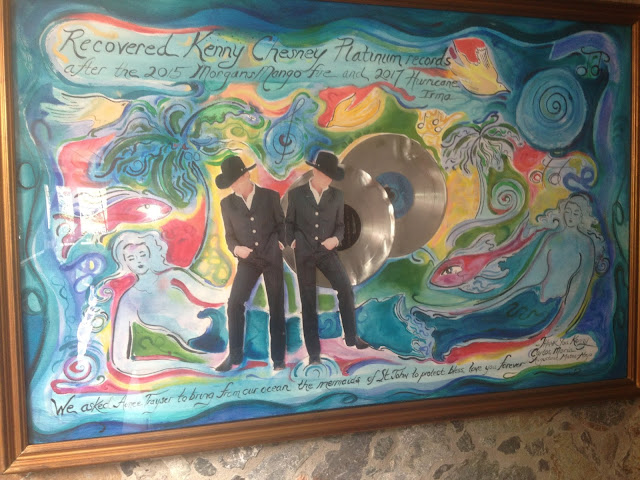 Morgan's Mango is back up and running. And though rents still aren't back to what they were before the storm, we believe in the silver lining, and we thank Kenny Chesney for his hard work and generosity.

Former President Clinton has visited St. John twice this year to see how things are progressing. He, along with Expedia and Michael Bloomberg, have announced solar projects for both St. John and St. Thomas. Story HERE.


The death toll in Puerto Rico from Hurricane Maria now stands at 2,975 which far exceeds that of Hurricane Katrina at 1,833. Story HERE. This, of course, has not been a leading news story.


Being Thankful
Today I'm thankful for my sister Erva, my husband Stan, Kenny Chesney, and the people of the Virgin Islands. Live long and prosper.

What are you thankful for? What publishing path are you considering or have taken?