IWSG, National Read a Book Day, an Award, and Being Thankful

First and foremost: Please keep my family, friends and all Virgin Islanders and Puerto Ricans in the your thoughts and prayers as they face down Hurricane Irma, the strongest Atlanatic storm ever recorded. Sustained winds are at 185 MPR with gusts of 200 or more. I doubt the islands will get the coverage that Texas did (and deserved). But I can tell you media coverage would be helpful. And it pisses me off that The Weather Channel and national news channels are just talking about when it will hit Florida. What about 3.8 million people in the VI and PR? I bet if a storm this size were to hit Hawaii they'd be all over it. Why don't the islands rate the same kind of coverage? Could it be because in cases like Irma, once they were to get there they wouldn't be able to leave? There is no place to go, no evacuation. It's the really deal. When Marilyn hit in 1995, the islands got little to no coverage. Heck, nobody in the states believed it was a cat 5 storm even though wind gauges broke at 200 MPR. Four out five buildings were damaged or destroyed. My family home's roof was ripped off. It was months before power was restored and about three years before the house was rebuilt. It was a terrible mess, debris everywhere, boats tossed onto shore like pieces of legos, cars flipped on their sides and roofs, vegetation stripped of leaves. You can view pictures HERE. Iram is as bad or worse... To say I'm concerned is an understatement. (I have to remember to breathe.)

This month's question is: Have you ever surprised yourself with your writing? For example, by trying a new genre you didn't think you'd be comfortable in??

The answer to the first question is a resounding YES! I have some philosophical/spiritual stuff I wrote when I was in my late 20s early 30s that, when reread years later, totally blew me away. I wonder, "Who wrote that? Where did that come from? Where did that writer go and can I get her back?"

I can answer YES to the second question, too. My current WIP is YA plus it's an historical fantasy that takes place in Tibet, all of which is totally out of my normal comfort zone. 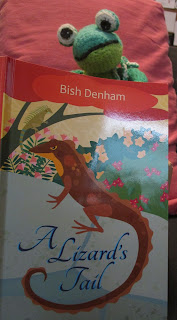 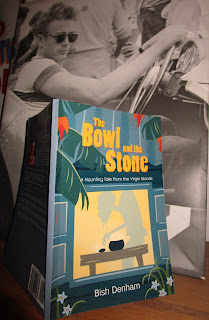 It's National
Read a Book Day!

Pick a book, any book, find a nice comfy place and... ENJOY! 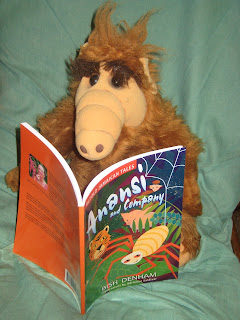 ***
An Award
Quite by surprise I have received an award from The Lair of the Silver Fox for my post called, The Real America, which you can read HERE. I am humbled and honored. Thank you Silver Fox!

This is NOT an award I can pass on. It's something The Silver Fox gives to bloggers for a particular post that he deems worthy of recognition. Here's what he has to say about it.

One of my all-time favorite stories is Edmond Rostand's Cyrano de Bergerac. Cyrano often used the expression "Thrust home!" when fatally piercing an opponent during a sword fight. I've appropriated that phrase for... "The Silver Fox's THRUST HOME Award! -- Given to the Author of a Single Outstanding Blog Post."
And my rules for the award -- and the rules for its recipients -- are:
***
Being Thankful
Today I'm thankful for any and all prayers for the Virgin Islands and surrounding area.

What are you thankful for? Has your writing ever surprised you? Received an award lately?
Posted by Bish Denham at 4:00 AM