This month's question is: Have you given yourself permission to fail? 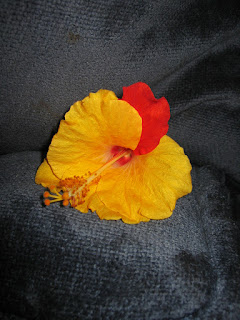 I almost failed to post today. Have I given myself permission to fail? Oh yeah. I may not like it, but the truth is (for me) I fail at writing all the time. Don't tell anyone but my first drafts always need a lot of work. Sometimes it takes multiple tries before I feel confident enough to let someone read it which, of course, invariably leads to more revisions, more edits. Yeah, I fail all the time. But so what? Although I don't remember it, I'm sure a fell down many times before I learned to walk or run. I know I fell down when I learned to ride my bike. And I know I didn't always catch a fish when I put out a line. Were those failures? You tell me.

Is this hibiscus a failure?

There are a gazillion excellent quotes about failure on the net. I picked 20. 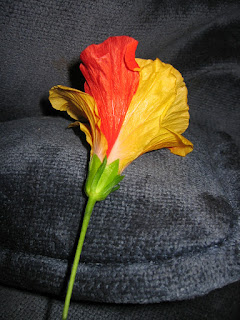 Just so you know, this whole post is an epic fail! The question this month is, What is one valuable lesson you've learned since you started writing? My answer to that is, as long as I'm still breathing then failure is NOT the worst thing that can happen.

Got a favorite quote? Ever failed at something only to succeed at a later time? What valuable lesson have you learned?
Posted by Bish Denham at 7:32 AM

Email ThisBlogThis!Share to TwitterShare to FacebookShare to Pinterest
Labels: IWSG