Island Idylls: Yeknod and Being Thankful 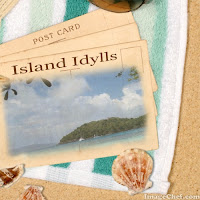 Last month I wrote about the Irascible Erasmus, a donkey with a mind of his own.

We had her while we lived at and ran our guest house at Lille Maho on St. John. I was in my teens. I thought of her as mine and named her Yeknod, which you may have noticed is donkey spelled backwards. In temperament, she was the opposite of Erasmus.

Yeknod was docile and friendly. See how she's looking at the person taking this picture? She was more like a dog than donkey. She brayed a greeting to the first person she saw each morning. She nuzzled and pushed her head against your hands and body looking to be scratched between the ears or searching for a treat. More than once she followed me into the house when I went to fill her water bucket or get her favorite snack of grapefruit rinds.

I’d wind her tether rope around her neck, (which she didn't chew through) sling my saddle bags across her shoulders, hop up, and off we’d go.

How, you may ask, do you ride a donkey without reins and bridle? All I did was tap her neck on the left and she’d go right, tap her on the right and she’d go left. Yeknod was also unique in that she could single foot, which was wonderfully smooth. To get her up to speed I’d tickle her between her shoulder blades. She had to work her way into it. The run would start out in that stiff-legged, spine jarring trot donkeys have, but with a little more tickling she'd pick up speed and then it was smooth sailing.

There were a couple of long flat places where I liked to get her to run; the stretch of road by Big Maho and the stretch by Cinnamon Bay. It seemed to me she knew what I wanted because she’d pick up her pace when we reached those places as if anticipating my fingers between her shoulder blades.

She was such an easy ride that I often rode with one leg hanging down, the other with knee bent resting across her shoulders in a kind of modified side saddle. I could switch legs and ride either side. She didn’t care.

Yeknod and I wandered all over St. John. Sometimes we only went out for a few hours. Sometimes we made a whole day of it (which is when I'd saddle her up). We’d go along the roads (most of which weren't yet paved) or explore the old foot trails. Usually on the way home we’d stop at Cinnamon Bay (the National Park Camp Ground), where I’d buy a ginger beer and take a dip in the ocean. I’d unwind her tether rope and tie her up in the shade somewhere. The people who ran the campground knew me and would loan me a bucket so I could give her water. She always attracted tourists and enjoyed their attentions. Occasionally I'd give kids short rides.


Only once did she behave out of character. I should have known she didn’t want to be ridden when she acted skittish. Foolish me, I tried to ride her anyway. She took off with me down the hill to the beach and headed towards a maho tree with low branches. I realized immediately she intended to scrape me off her back, but I didn’t have time to fling my arms around her neck, nor I could roll off her back as there were some rocks in the way. I only had time to stretch myself across her back, legs wrapped around her neck. As it was the branch she went under was so low it scraped the bottom of my chin. As soon as we were out from under the tree and free of rocks I rolled off her back onto the sand. She trotted back up the hill toward the house and brayed at me like she was laughing or heckling me.

Not long after that incident, Yeknod died of colic and was buried at sea. I cried at her loss, feeling I had somehow failed her. I loved that donkey, and I like to think she loved me.

I still miss her.


Today I'm thankful for... coloring books.
Long before adult coloring books became all the rage I was given this book (published in 1979) with beautiful illustrations by Michael Green who, for me, captured the characters and essence of Middle Earth like no other. 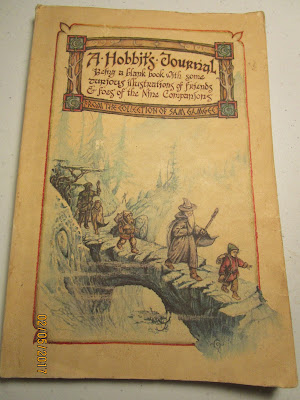 Here are some of the pages I colored.
Arwen 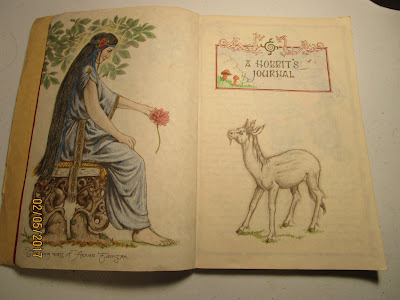 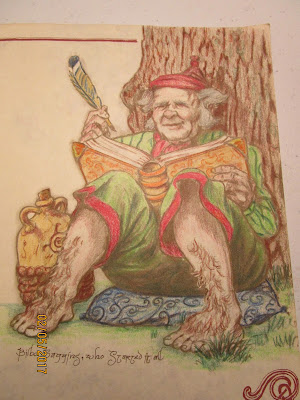 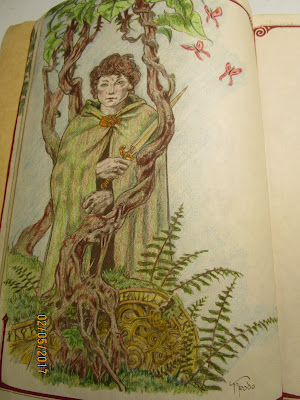 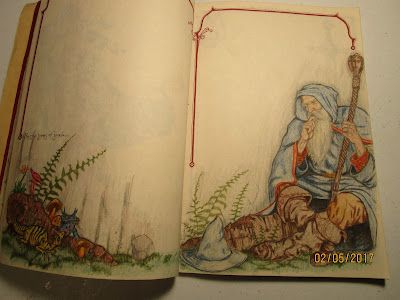 And here are some (not all) of my coloring books. 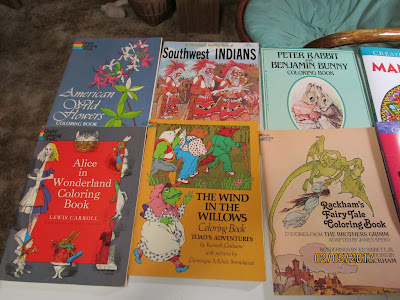 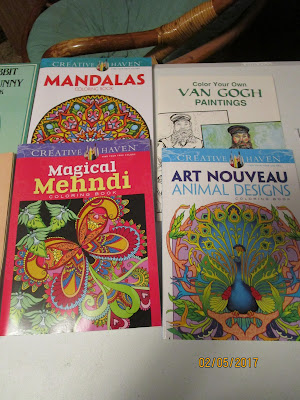 I don't color as often as I'd like to, but this is my most recent attempt (not quite finished) from the Art Nouveau book. 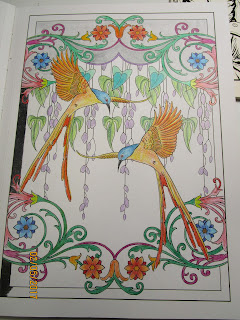 What are you thankful for? Do you like to color? Ever ridden a donkey?
Posted by Bish Denham at 4:00 AM