Alternatives is an occasion post in which I give synonyms for an over used word. Click on the tab above for a "complete" list of over used words.

I was quite surprised by the comparatively large number of synonyms this word has. I was pleased to see juxtaposition, which for some reason is a word I like. Perhaps because it isn't all that easy to say and has an X in it. So-so is also on the list, as is ratherish, which makes me feel rawther British.

Although there are quite a few deadly adverbs, there are plenty of others to pick from that aren't.

acting as, adjectively ,after a fashion, alike, allegorically, alliteratively, allusively, almost
analogously, approximately, analogy, appositely, appreciably, as, at any rate, at best
at least, at the least, at most, at the most, at the outside, at worst averagely

ballpark figure, being, bit, by its nature

fairly, foil, for instance, functioning as

just as, just for, juxtaposition

near, nearly, not absolutely, not comprehensively, not entirely, not exhaustively, not far from, not totally

serving as, similarly, simply, slightly, so far, so to speak, some extent, some thus far, something, somewhat, sort of, so-so, such as

very close, visibly, within bounds, within limits, within reason

And now, I'd like to introduce you to Brain Ticklers, a new occasional post in which I will give you a writing prompt or two to tickle your brain.

Of course you can do with them what you will.

Today is Franklin Delano Roosevelt's birthday. He was born in 1882.

For a Brain Tickler, perhaps you could juxtaposition him with a few other presidents, a compare and contrast, if you will.

Or maybe you can look at the young lad in the picture and make up a story about a boy name Delano, a boy who has a dream. What is his dream? What is he thinking? ("Hurry up and take the picture, I want to go riding!") Maybe he dreams of being a jockey. He was 18 at the turn of 20th century. What might he have thought or experienced? Might he have caroused with some buddies, or would he have contemplated what it meant to enter the year 1900? 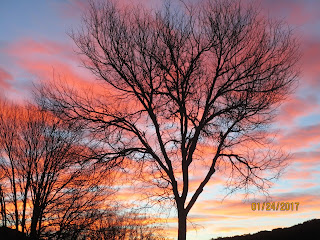 What are you thankful for? Got a favorite alternative for comparatively? What do you think about Brain Ticklers (please be honest, my feelings won't be hurt if you think it's a waste of my time.) Do you know any interesting facts about our 32nd president?