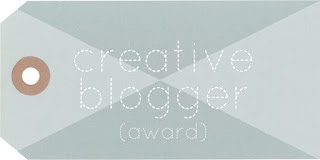 On Friday, June 19th, I was taken by surprise when Spacerguy over at Star Trek - Sci Fi Blog
chose me, out of all the bloggers out there, for the Creative Blogger Award. What a nice warm fuzzy feeling. Thank you, Spacerguy!


The rules for this award are simple enough.

If you want to know ANYthing about Star Trek, Spacerguy's blog is THE place to hang out. Do hop over there and say hello.

Five facts about me.

1.) My hair reaches past my waist. I get three or four inches trimmed off it every six months or so. I dyed it strawberry blond, briefly when I was in my 20s. (Does that count as three facts? Can you guess what I'm doing?)


2.) This September I will have been married for 30 years, which is almost half my life! Where did the time go? 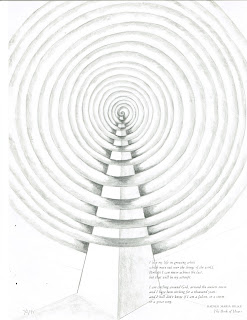 3.) I used to draw some pretty interesting abstract stuff, all in pencil. The one at right is inspired by a poem by Rainer Maria Rilke which reads:

I live my life in growing orbits
which move out over the things of the world.
Perhaps I can never achieve the last,
but that will be my attempt.

I am circling around God, around the ancient tower,
and I have been circling for a thousand years,
and I still don't know if I am a falcon, or a storm,
or a great song.

4.) I lived for a brief crazy time in Hollywood, California and used to walk up into Griffith Park on the week-ends in an effort to keep my sanity.

5.) Yesterday was my birthday.

My nominees are:
Farawayeyes at Far Away Series: Because she the's one who started The Battle of the Bands
Gary at Klahanie: Because I just know he and Penny will have something witty to say
Liza at Middle Passages: Because her posts are all so beautiful
Anne at Piedmont Writer: Because she needs to come out of the woodwork a bit more
Robyn Campbell: Because she's such a good friend
Rena Jones: Because she takes such great photos

A couple of weeks ago... no seriously, upwards of two weeks ago, well, maybe it was a couplet of weeks ago... I came across an article posted on the Insecure Writer's Support Group Page. I wish now I'd taken notes about who wrote it with links and everything, but I didn't. Anyway, it was written by someone who does a lot of editing and she shared her list of over used words. I was pleased that find many of her words were already on my list. I was even more pleased to be able to add quite a few. More than a duet, perhaps even more than a smattering. This is the first of the latest additions.

Depending on how you use it, this list may come in handy for finding another way to say the same thing

Today I am thankful for whales. 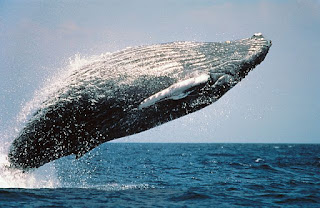 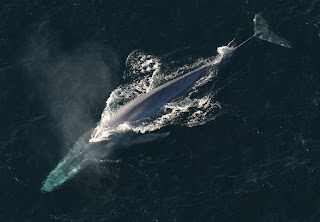 Any kind of whale.

My favorite Star Trek movie is The Voyage Home.


What are you thankful for today? Got a favorite Star Trek movie? Care to share something about yourself in the comments that I don't know about? Does one alternative appeal to you more than another?
Posted by Bish Denham at 9:00 AM