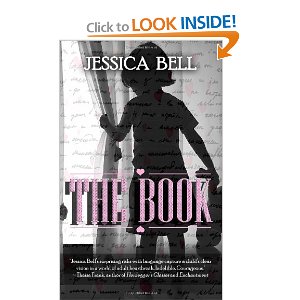 Bonnie is five. She wants to bury The Book because it is a demon that should go to hell. Penny, Bonnie’s mother, does bury The Book, but every day she digs it up and writes in it. John, Bonnie’s father, doesn’t live with them anymore. But he still likes to write in it from time to time. Ted, Bonnie’s stepfather, would like to write in The Book, but Penny won’t allow it. To Bonnie, The Book is sadness. To Penny, The Book is liberation. To John, The Book is forgiveness. To Ted, The Book is envy. But The Book in this book isn’t what it seems at all. If there was one thing in this world you wished you could hold in your hand, what would it be? The world bets it would be The Book. 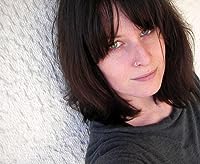 If Jessica Bell could choose only one creative mentor, she'd give the role to Euterpe, the Greek muse of music and lyrics. This is not only because she currently resides in Athens, Greece, but because of her life as a 30-something Australian-native contemporary fiction author, award-winning poet and singer/songwriter/guitarist, whose literary inspiration often stems from songs she's written.

Being the daughter of a semi-famous rock 'n' roll duo from Melbourne, she grew up surrounded by song. For a while it seemed logical to travel the musician's path, especially when her first band, spAnk, hit it off in the Melbourne indie music scene back in the late 90s. Although she spent her years writing and recording dozens of songs she decided she also had a love for the written word, and began to pursue a career as a writer.

She started as a poet, drawing from her musical background and etching her thoughts and feelings into verse. Those stanzas soon turned into sentences and paragraphs, and eventually into published books. Her literary voice is said to overflow with "lyrical descriptions, unique metaphors, tight dialogue, and an abundance of sensory detail." She has also been told she has the ability to take a seemingly ordinary three-chord type story and turn it into a main stage event.

In addition to her novels (STRING BRIDGE, THE BOOK), her poetry collections (TWISTED VELVET CHAINS, FABRIC which was nominated for the Goodreads Choice Awards in 2012), and her pocket writing guides (WRITING IN A NUTSHELL SERIES), she has published a variety of works in online and print literary journals and anthologies, including Australia's Cordite Review, and the anthologies 100 STORIES FOR QUEENSLAND and FROM STAGE DOOR SHADOWS, both released through Australia's, eMergent Publishing.

Additionally, she is the Co-Publishing Editor of Vine Leaves Literary Journal, and makes a living as an editor/writer for English Language Teaching publishers worldwide, such as Pearson Education, HarperCollins, Macmillan Education, Education First and Cengage Learning.

Note: Check out the Homeric Writers' Retreat & Workshop she annually runs. In 2012 she had Chuck Sambuchino of Writer's Digest, next year, 2014, she has Katharine Sands, New York literary agent as the main instructor.]

Read more at her web site: http://www.jessicabellauthor.com
and at her blog The Alliterative Allomorph.

***
You can find THE BOOK at Amazon.
While you're there check out Jessica's other publications: String Bridge - a novel. Two books of poetry: Twisted Velvet Chains  and Fabric.  And two books on writing: Show and Tell in a Nutshell and Adverbs and Cliques in a Nutshell.
Posted by Bish Denham at 4:00 AM