We've seen some interesting critters in our back yard over the years. Armadillos, jack rabbits, possums, tarantulas, road runners... 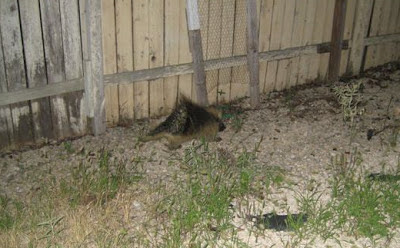 There has been the occasional snake, too: A pretty green Mexican racer that rattled the leaves it was hiding in trying to make me think it was a rattle snake.


And this guy, the beneficial rat snake. 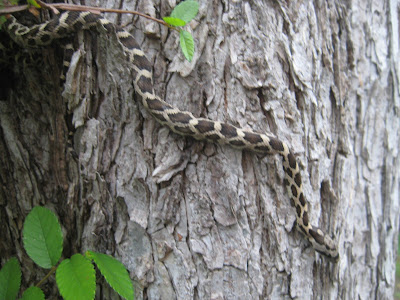 But never have hubby and I seen this kind of drama unfold, particularly not in the plant bed right off our porch. It was like watching a National Geographic documentary on the lives of snakes. 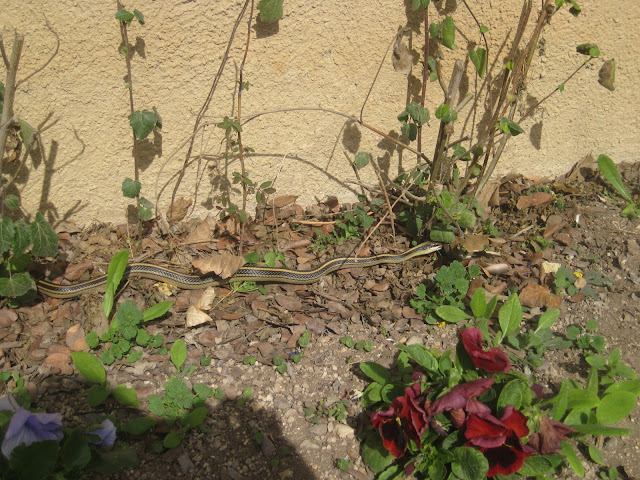 Is that two snakes? What are they doing? 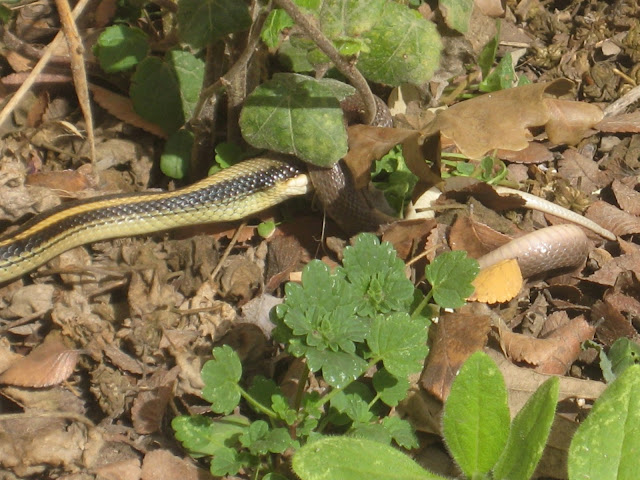 Oh my! The ribbon snake is eating the other snake. (Don't know what kind it was.) 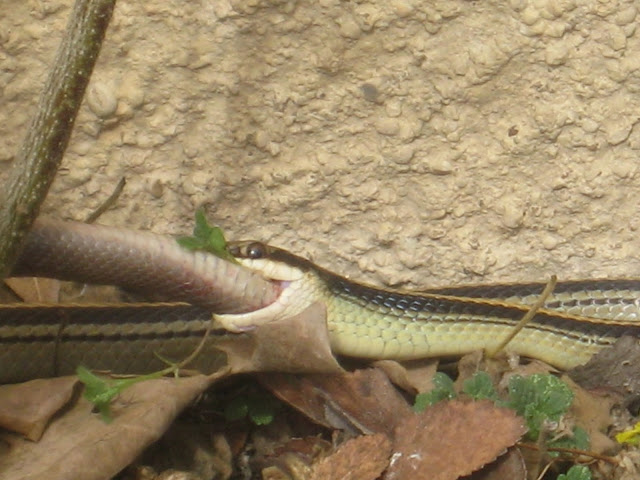 Kind of wished I'd had a video camera. 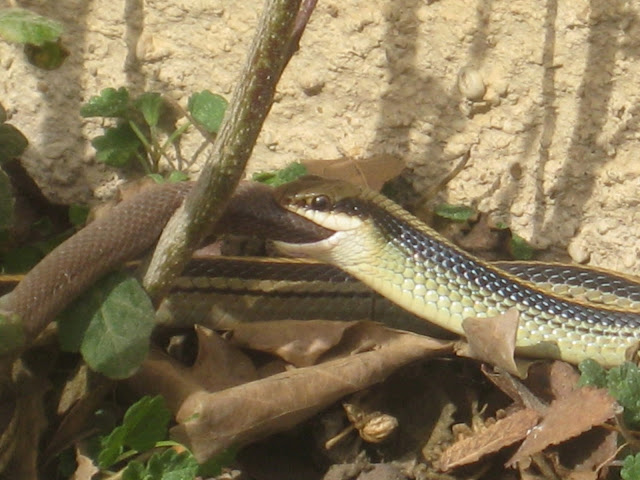 Here it is around that one branch of the pavonia. It tugged and tugged on its meal that was wrapped around the branch to the left. 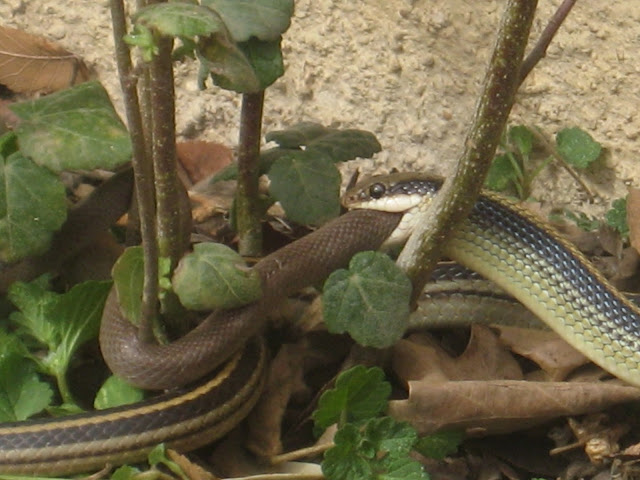 But eventually the eatee couldn't hold on any more. Even at this point the eatee's tail wiggled. 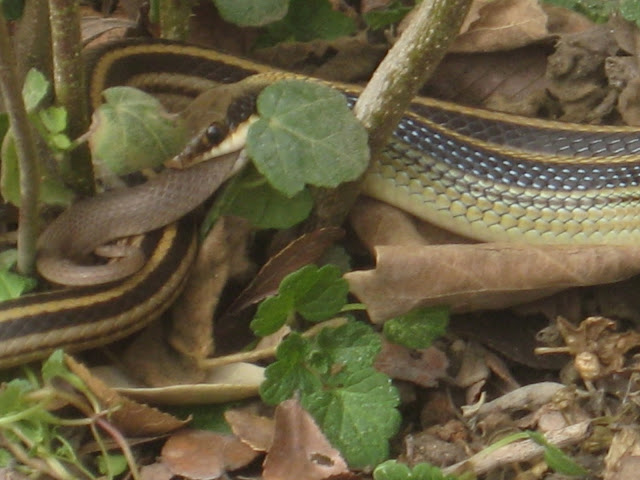 Here, you can just see the last little tip of the tail sticking out of the ribbon snake's mouth. 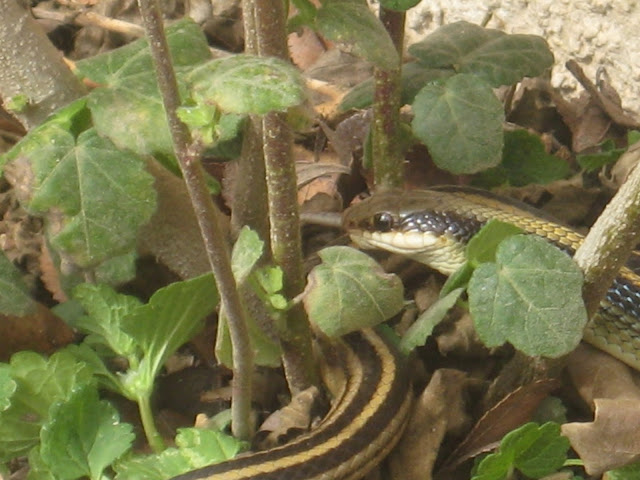 Ahh... I can't believe I ate the whole thing. Come on give us a nice hearty belch. 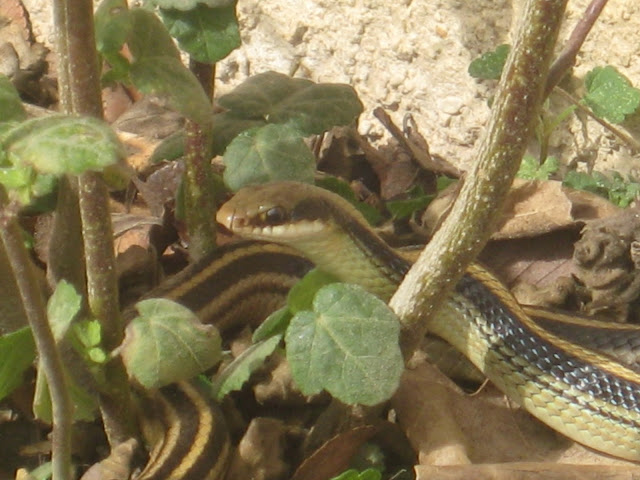 The whole process took ten, fifteen minutes at the most and was totally fascinating to watch. Have you ever seen something like this?
Posted by Bish Denham at 4:00 AM

Email ThisBlogThis!Share to TwitterShare to FacebookShare to Pinterest
Labels: Animals