Critter had the good luck to be on St. Thomas for my high school's 40th class reunion. We were all a little stunned that's it's been 40 years since we graduated from All Saints Cathedral School. After all we basically felt just as good as we did when we graduated. Could we really have aged 40 years?

Here's a picture of All Saints Cathedral, an Anglican church. 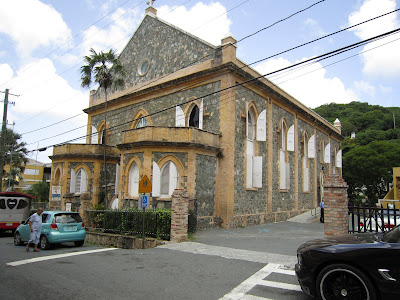 It was built by the people of St. Thomas in the year 1848, to honor the slaves who had won their freedom from Denmark that year. Because of a severe drought they had to mix the mortar with molasses instead of water. In 1995 Hurricane Marilyn tore the roof of the old church. The ancient and beautiful pipe organ was destroyed. Through a great deal of effort the church was restored. And this is what it looks like today. It is quite a bit different from when we were kids going to Wednesday Mass. 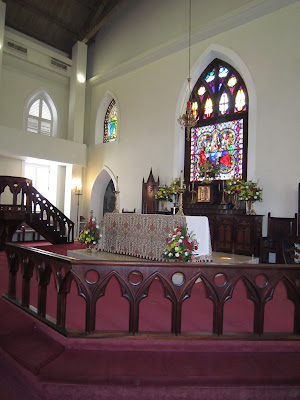 Anyway, although Critter didn't go to church with us, he did go on Ride the View up to Paradise Point to watch the sun set and get in some dancing.
Here he is waiting eagerly for the tram. 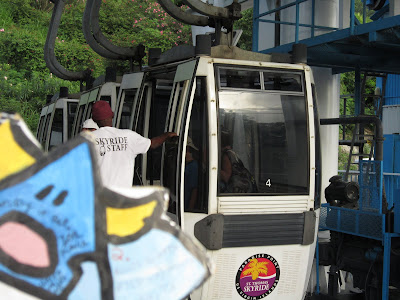 Here he is with the sun behind him at the top. 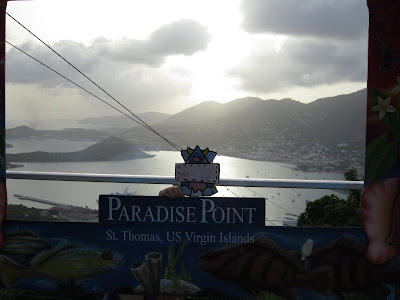 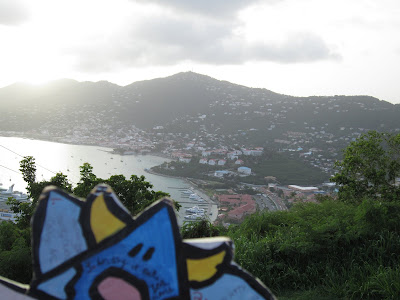 And here he is overlooking the harbor and city of Charlotte Amalie.
My classmates and I got to go to Cane Garden Bay on the island of Tortola in British Virgin Islands. We went on a small yacht own by one of my classmates, a most excellent surgeon (and I should know he helped save my life....) I was sure I had left Critter behind because I was concerned about him getting blown over board and drowned in the ocean. But that little bugger...he managed to stow away and only made his presence known until after we had anchored at Cane Garden Bay.
He was brazen enough to take the captain's wheel! 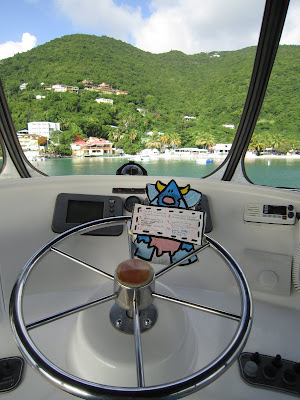 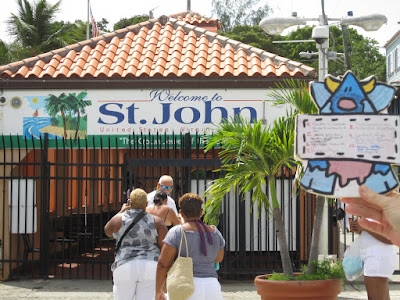 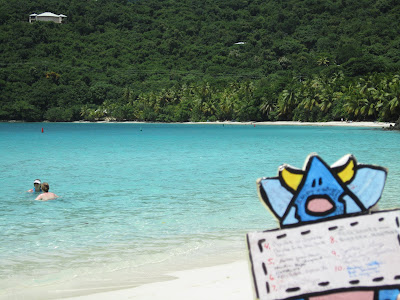 Reluctantly Critter packed his bags and we said our good-byes. He's heading back home to Christy Evers who has further plans for him.
It's been an honor and a pleasure to host Critter. I hope you, my goodly readers, have enjoyed his little escapades as much as I have enjoyed having him as a guest.
Posted by Bish Denham at 12:00 AM