So I'm taking part in the A to Z Blog Challenge, though granted, I'm starting a bit late. It just seemed like a really neat thing to do.

Thus, today's letter is B and the word is Bish.

When people first meet me there can be one of several reactions.
"You're name is what?" As in they are shocked because they think they heard the word bitch.
"How is that spelled?" As in they think they heard the word bitch and they want to hear how it's spelled to make sure they didn't hear what they thought they heard.
To which I reply: It' s Bish, with a b, like dish or fish.
It's interesting to note that as a child, even into my twenties, my name was never associated with the b-word. It wasn't until the '80s that people started to question what they had heard.
Then there's: "Is that short for Bishop?" Absolutely not! Though I do seem to recall an Elvin Bishop album that had BISH splashed across the front.
"That's an unusual (pretty, beautiful) name. Is it foreign? Does it mean something?" I don't know. Over the years I've run across the syllable in Middle Eastern countries, such as Bishkek, the capital of Kyrgyzstan where there's been a civilian revolt. Someone once told me it means "welcome" but I can't remember in which language.

My Puerto Rican family and friends of Hispanic origin tend to call me Beech, because in Spanish the "i" is pronounce as a long "e" and the "sh" sound is well, like a soft "ch."
"Is it a nickname? Short for something?" No.
So just exactly where/how did I get the name Bish? This is a true story.
Unlike most babies whose first sounds are la-la or ma-ma or da-da my first syllabic out-flow was, "Bishbishbishbishbishbishbish." According to my parents I would lie around in my crib making the noise for hours. They thought it was cute. They thought I'd outgrow it. Obviously I didn't.
At six months I was already being called Bish. 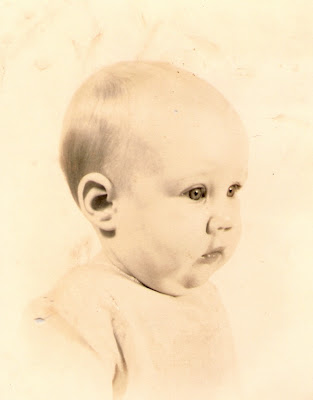